Editor’s Note: PJ Harvey’s Let England Shake first came out on February 11th, 2011. Critics and listeners were immediately torn by what they heard. Was it Harvey’s masterpiece, or had she strayed too far from her classic alt-rock style? Ten years later, we revisit Nick Freed’s classic review, which originally published the week of release, to see which side he took.

PJ Harvey is one of the few artists who can release material with a different focus and sound on each album and have it always be good. Her latest album, Let England Shake, is a lush, well-constructed, and passionate open letter to her home country of England — a rare outward focus rather than her usual inward, personal, and biting focus.

My exposure to Harvey is somewhat limited to her Mercury Prize-winning Stories from the City, Stories from the Sea, which is a bluesy, more straightforward affair that many called her finest album when it came out in 2000, and a few tracks from 2007’s White Chalk. Harvey’s new album is a complete turnaround from Stories’ more alternative-rock style and White Chalk’s moody introspective lyrics. Harvey has let her natural accent come through strong and exaggerated, added some skiffle influences in the music, and her use of strings and horns create a sound that is similar to Radiohead’s use on recent albums. It all combines together to give Let England Shake a very, for want of a better word, English sound. It isn’t bluesy or dark and brooding. It is strong, angry, powerful, bitter, but still churning and, at times, upbeat.

Harvey made sure to pick the perfect place to record this fantastic English album. She traveled to an old church in the countryside of England. The 19th Century church on a cliff-top in Dorset is the perfect setting for the songs on Let England Shake. The music benefits from the natural echo of the church, which gives it an almost sanctified quality, especially in “All and Everyone” and “Hanging in the Wire”. Harvey’s autoharp rings for days in what seems like the natural reverb of the space. Her voice has a shaky, almost Björk-like quality to it that sounds absolutely incredible on songs like opener “Let England Shake”. The producer, Flood, allows her voice to ring and drift throughout the album — letting the church halls soak in and shoot out her beautiful tone — but he also knows when to bring it right to the listener’s ears. Her vocal tone fits the jingle of the autoharp and lush strings perfectly. Harvey also utilizes a couple samples from other songs, including some lines from “Summer Time Blues” by Eddie Cochran in “The Words that Maketh Murder” and the perfectly placed sample from “Blood and Fire” by Niney the Observer in “Written on the Forehead”. The latter sample is tucked back and soaked in just enough reverb to sound almost like a ghost moving in and out of the room.

Harvey’s lyrics have always been something to marvel at, but on this album they are nothing short of incredible. Album standouts “Bitter Branches”, “Let England Shake”, “All and Everyone”, “The Words that Maketh Murder”, and “The Glorious Land” are incredibly poetic songs about England at war. The songs are filled with brutal images of fallen soldiers, presumably, from World Wars I and II. In the driving “Bitter Branches”, Harvey paints a wonderfully poignant picture of soldiers leaving home for the war and “Holding up their rifles high/ Holding their young wives/ Who wave goodbye.” By the end, the soldiers are twisted in the earth in death, and the wives’ arms are “bitter branches” that are “spreading into the world” as they “wave goodbye.” Harvey delivers the lines with venom and grace while the drums and guitars chug along underneath. The last note of “wave goodbye” lingers and rings on beautifully.

“All and Everyone” is an unflinching, straightforward description of what was awaiting those soldiers in the field: certain death. Right from the start, Harvey personifies Death and lays the lines “Death was everywhere/ In the air/ And in the sounds/ Coming off the mounds/ On Bolton’s Ridge” on top of sparse and echoing autoharp. Her voice echoes all around you as the percussion builds and booms like bombs as she moves from the beaches to the forts where Death was “waiting in the copses/ With hearts that threatened to pop their boxes” and “Death was all and everyone.” Harvey moves back to the beaches where “death hung in the smoke/ And clung to 400 acres of useless beachfront.” Death returns in the “staring sun” to rattle the “bones of the Light Horsemen still lying out there in the open.” Harvey follows this with one of the best lines on the album: “as we, advancing in the sun, sing: ‘Death to all and everyone.’”

The first verse of “The Words that Maketh Murder” is another perfect example of Harvey’s heartbreaking and vivid images. She smokes out: “I’ve seen and done things I want to forget/ I’ve seen soldiers fall like lumps of meat/ Blown and shot out beyond belief/ Arms and legs were in the trees.” That vision of soldiers falling like “lumps of meat” and “arms and legs” in the trees has been hanging in my head for days. She goes on to add “flies swarming everyone” and “flesh quivering in the heat” to the mix, before ending the song with a driving beat and the refrain of the Cochran song being chanted in the background. It’s a moving song that refuses to leave your head, and lyrics that not only let me picture a WW I battle scene but also ties to modern war images.

I was also amazed by the timeless quality the album. All the war images and the graphic deaths not only are tied closely to World War trench warfare, but also invoke modern images and battle footage of Vietnam, the Middle East, riots in the streets, and any other conflict with humans killing humans. Harvey has spot-on nailed the hopeless expanse of war and death in the name of progress. As she says in “On Battleship Hill”: “Cruel nature has won again.” It’s a theme that runs throughout the albums more battle-centered songs, and she has put it forward with deft skill and genius artistry.

There are also songs focused more on England as a whole. Harvey paints her usual dark and bleak picture of things in “Last Living Rose”:

Let me walk through the stinking alleys
To the music of drunken beatings
Past the Thames River, glistening like gold
Hastily sold for nothing.

But she then follows later in the song with a loving touch to England:

Let me watch nightfall on the river,
The moon rises up and turn to silver,
The sky move,
The ocean shimmer,
The hedge shake,
The last living rose quiver.

In “The Glorious Land”, she combines the England view with a peppering of war imagery in a call and response of “How is our glorious country ploughed?” and the answer of “Our land is ploughed by tanks and feet, feet marching.” The song ends with a haunting couplet asking, “What is the glorious fruit of our land?” and having a chorus of children’s voices responding with “deformed children” and “orphaned children” — all with a military-like drum roll underneath. It’s an icy wind that blows right into the listener’s ear that will make you shift in your seat and just say, “Wow.”

I have never given a perfect score to any album I’ve reviewed on this site — not even albums by some of my heroes — but this is one of the best albums I have heard in a while. It took me a few listens to fully appreciate it and comprehend all that is going on with the lyrics and music, but I’m incredibly glad I did. It’s an awe-inspiring, challenging album in all the best ways. PJ Harvey has created an album that will be at the top of everyone’s “Best of” list come December. If this album doesn’t get rewarded and praised all year and for years to come, it’s going to be an incredible disservice. The way Harvey has crafted not only a musically forceful, but a lyrically complex and powerful album is arresting and magnetic. It’s near impossible to write lyrics as descriptive and brutal as Harvey has and not weigh the album down with an overbearing morosity, but she has crafted the music to overcome all of it. This is the best album of 2011 and not just the last two months.

Pick up a copy of Let England Shake here… 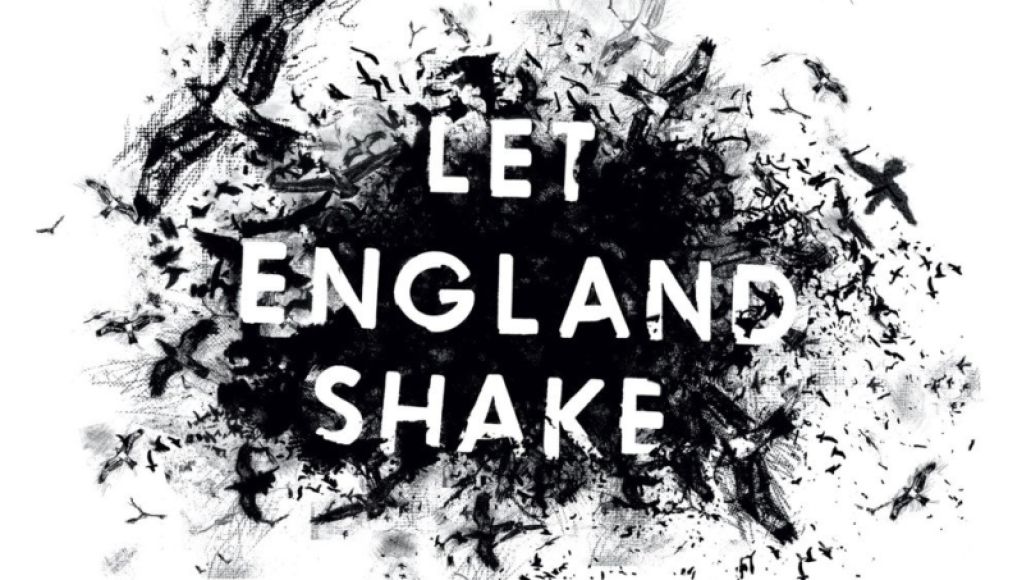