Editor’s Notes: Comments leading up to the release of Bruce Springsteen’s 17th studio album, Wrecking Ball, had folks nervous. Imagine forgetting who’s the boss like that. What critics and fans alike discovered was a an album chock-full of heartland rock that details economic crises and spirituality with equal gusto. In honor of The Boss demolishing his skeptics, we look back at Dan Caffrey’s classic review of Wrecking Ball, which first ran March 5th, 2012.

When Bruce Springsteen announced that his new album, Wrecking Ball, would contain somewhat out-of-character sonic touches such as loops, electronic percussion, and (gasp!) hip-hop, fans and critics alike had good reason to be skeptical. The Boss’ musical experiments have never been as head-scratchingly risky or weird as, say, Neil Young’s, but they’ve often yielded equally mixed results in the past. Whereas the haunting acoustics and bleak outlook of Nebraska were a welcome change, the similarly minded The Ghost of Tom Joad resulted in a pretty boring record, despite a handful of choice cuts.

In later years, for every “Good Eye”, there was a “Queen of the Supermarket”, for every “Mary’s Place”, a “Worlds Apart”, with its awkwardly shoe-horned Middle Eastern chanting and sitar. On Wrecking Ball, Springsteen incorporates similar outside sounds, but with a restraint that (with the exception of one misstep) highlights the songs instead of overwhelming them. Think of a toned-down Seeger Sessions with the best production elements of Human Touch. Bells and whistles aside, it’s still a Bruce Springsteen record, and that’s why it works; an album chock-full of heartland rock that details economic crises and spirituality with equal gusto.

Opener and lead-off single “We Take Care of Our Own” questions America’s collective hospitality behind an engine bowel chug that reflects The Boss’ new-found camaraderie with fellow Jerseyites The Gaslight Anthem. “Where’s the promise from sea to shining sea?” he asks in a lyric that turns a national phrase on its head in a similar fashion to “Born in the U.S.A.”  The Wall Street indictment “Easy Money” prances along with Irish-flavored fiddle, yet still rollicks with gruff yelps and extra stomp provided by, yes, those unnecessarily feared drum loops. “Shackled and Drawn” could have easily been a solo outing reminiscent of Woody Guthrie (and it still would have been great), but is elevated to barn-burning elation thanks to a powerhouse backing choir, Charlie Giordano’s undulating accordion, and street preaching samples.

While several of Wrecking Ball‘s detractors believe the record’s themes of financial claustrophobia would have been better represented by a bleaker, stripped-down aesthetic (the album was originally conceived as having a similar sound to Nebraska), they fail to realize the songs’ inklings of hope. The working-class waltz “Jack of All Trades” sees a couple making do in days characterized by “blood and treasure” thanks to their own strength and resourcefulness. In another example of Springsteen tempering the album’s outside elements, guest guitar virtuoso Tom Morello — who could have melted “Jack of All Trades” and its working-class waltz into a soup of effects-pedal flamboyance — remains silent during the piano-driven melancholia of the verses before creeping in with a yearning, slow burn solo at the climax. He outfits “This Depression” in spacy murk two tracks later, leaving plenty of room for Springsteen’s hollow strumming and pleas for a lover’s companionship during financial turmoil.

The title track and “Land of Hope and Dreams”, the latter an E Street live staple, serve as the album’s full-band showcases. The former’s gritty imagery of poverty amongst the Jersey swamps (“where mosquitoes grow as big as airplanes”) transforms into a rally cry for perseverance after a blast of mariachi horns kicks in while the latter bursts with a final saxophone solo from Clarence Clemons that reminds listeners how much they’ll miss getting floored by his windy growl. The live version of “Hopes and Dreams” from The Essential Bruce Springsteen still packs a bigger punch, but the scaled-back instrumentation and added gospel vocals endow it with a more emotional resonance that’s nonetheless interesting.

The only time Springsteen’s expanded sound falters completely is during “Rocky Ground”, anchored by a rap verse written by himself and recited by Michelle Moore. While it’s nice to see The Boss veering into such distant musical territory, hip-hop simply doesn’t suit his style. When rapped, the song’s depiction of hardships and prayer comes off as clunky and vague, reminiscent of some of the more awkward lyrics from Working on a Dream, an album which admittedly hasn’t aged well at all.

But as a whole, Wrecking Ball displays Springsteen’s refusal to coast. While many of his peers are content to rehash pleasant-sounding standards and play nothing but greatest hits as they settle into their 60s and beyond, The Boss continues to explore rock ‘n’ roll that sounds as good in a church as it does in a stadium. With its equal dose of powerful hooks and characters pushing through hard times, Wrecking Ball suggests that there might not even be a difference.

Essential Tracks: “We Take Care of Our Own”, “Wrecking Ball”, and “Land of Hopes and Dreams”

Pick up a copy of Wrecking Ball here… 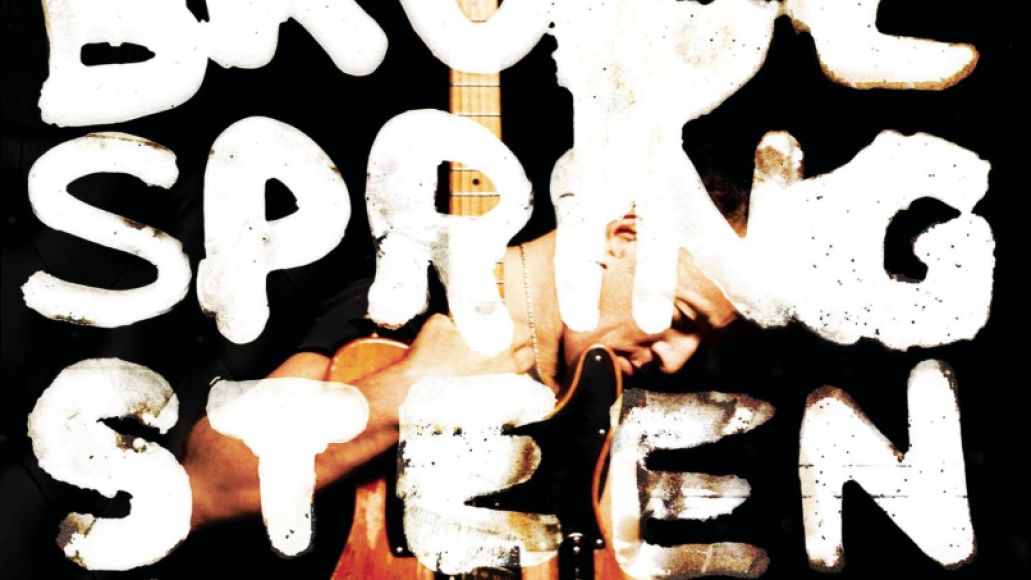