It’s bizarre to think that The Wizard of Oz hit cinemas a week before World War II officially began. Try and comprehend that one: Dorothy’s ruby red kickers, each and every singing Munchkin, the green-painted witch, and that damn dog in the basket all pre-date Germany’s invasion of Poland. So, it’s equally bizarre that the first real blockbuster vehicle of 2013 is a prequel of a 1939 classic. Here’s one last nugget of truth: Three actors remain alive from the original, and they’re all Munchkins.

With Oz the Great and Powerful, the clock’s turned back a tad and we’re introduced to the mighty creator whom Dorothy spent so much time looking for on the yellow brick road. Only, he’s no Frank Morgan, but one woman-hungry James Franco. Following a string of bad affairs (literally), sideshow magician Oscar Diggs (Franco) flees his carnival scene in a hot air balloon, which is then sucked away by one of Kansas’ trademark tornadoes. You know where it goes from here: magical Technicolor, three witches and one Emerald City.

Of course, plenty has changed in the, oh, seven decades since The Wizard of Oz: cinematography, makeup, CGI, sexuality, and the advances in penicillin. Still, director Sam Raimi (the Spider-Man and Evil Dead trilogies) pieces together an overall aesthetic that satiates the 3D-loving audiences of today and pays credence to the now-quaint hallmarks of yesteryear. It starts in black and white, the title cards feel dusty, and the acting in the prologue is even hyperbolic, but soon enough, there’s animated fairies and a talking monkey.

It’s always a spectacle in Raimi’s vision of Oz, which is more or less the problem. Now, it’s understandable that the guy felt the need to recreate the awe and splendor of Victor Fleming’s big Technicolor reveal, but it’s at the mercy of both story and character. Never once do you connect with Diggs, whose cut-and-dry motivations warrant flat emotions and stale rapport. We’re led to believe early on that he’s a man on a mission to do great things, but once he’s surrounded by all the wonders of the imagination, he’s an extra for The Walking Dead.

Couple Franco’s less than spectacular performance with the weak script by Pulitzer-Prize winning playwright David Lindsay-Abaire (alongside Mitchell Kapner) and, voila, there’s your problem. Too often the jokes disappear with the characters into the Dark Forest, taking with them any drive or passion. With the exception of Mila Kunis’ tragic arc as Theodora, or Joey King’s adorable porcelain China Girl, little resonates – and that’s a problem when the story tries to convince us that Oz shall live “…happily ever after.”

Where Oz does excel is in Raimi’s obvious passion for his source material. Purists of both Fleming’s classic film and L. Frank Baum’s series of novels will no doubt revel in the little details and clever nods to the past works. At times, these references border on tedious, but often they’re subtle enough to incite a chuckle or a smirk. The inclusion of Dainty China Country, which dates back to Baum’s historic novel, is a saving grace here, spawning the film’s most rewarding character.

And while many have already left theaters shaking their heads at the lack of music (after all, “Somewhere Over the Rainbow” did win an Oscar and is ranked #1 in AFI’s “100 Years… 100 Songs list”), the film’s better for it. Though not as serious as Walter Munch’s criminally underrated Return to Oz, there’s an ominous aura to Oz the Great and Powerful, and that shouldn’t surprise Raimi’s followers who might recall his past evil anthology with Bruce Campbell (yes, he makes a cameo). It’s just a shame Raimi didn’t push that tone further.

Given all the time that’s passed, this should have been a tighter film, and far more awe-inspiring. Instead, Oz the Great and Powerful is another victim of disorganized thinking, proving once again that magic is still hard to dream up. 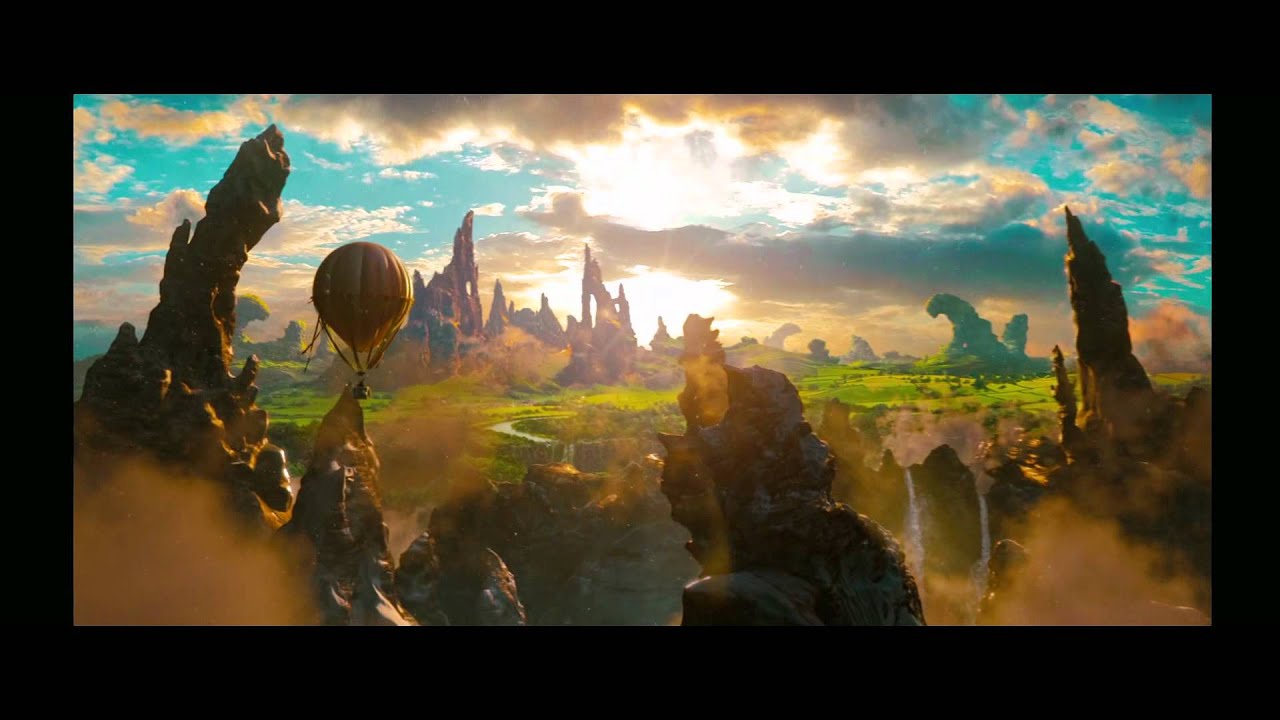