Although Melt-Banana traded drums for a drum machine on their latest album fetch, it still came as a surprise to see the absence of a kit as the band set up for their performance. Once the lights went into hiding and darkness engulfed the room, vocalist Yasuko Onuki took the stage and gleefully raised a glowing MIDI controller above her head as if it were a portable gaming console and she had just unlocked a boast-worthy achievement.

Where does she get those wonderful toys? But really, Onuki was reassuring us that Melt-Banana still has their percussive side covered while performing as a duo. Throughout their 45 minute set, Onuki shrieked while triggering hard-hitting drum blasts and bass lines as if the controller had an option for turbo mode. The effect was akin to a battle with Ichirou Agata’s pedal-abusing guitar experiments. While most guitarists in the realm of noise are content to loop over their sounds again and again, Agata’s looping style was more akin to a Möbius strip: an inescapable head trip.

Beneath the cacophony of Agata’s chaotic but controlled blend of grindcore and punk and Onuki’s urgent yelps were delightful pop melodies. At the set’s midpoint, Onuki introduced an extended sequence of songs that were as short as four seconds and never longer than 30. Melt-Banana is 20 years into their career of shattering eardrums, but at the Troubadour the infectiously enthusiastic Japanese duo proved to be a label-evading oddity. 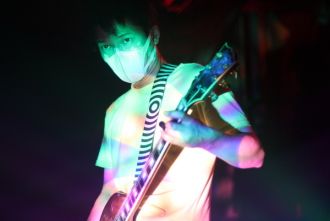 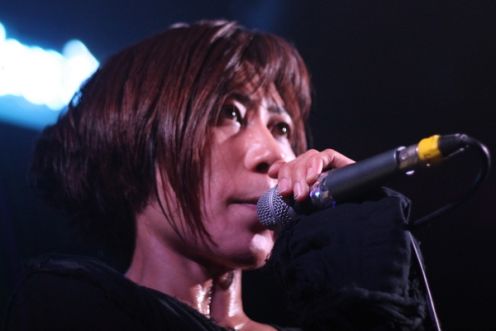