Even in a year of albums by Jay Z, Kanye West, and Drake, Seattle emcee Macklemore took all of rap by storm, rising from dark horse status into a viable creative commodity. His 2012 album with collaborator/producer Ryan Lewis, The Heist, produced a number of chart-dominating hits, including the kitschy juggernaut “Thrift Shop”, “Can’t Hold Us”, and the feel-good “Same Love”, eventually selling over 1.5 million records. (Not bad for being released on his own minuscule imprint).

Following countless sold-out shows and glowing year-end press, Macklemore capped off his impeccable run by netting seven Grammy nominations, including both Album of the Year and Best Rap Album, achievements that would definitively secure the MC’s golden ascension. Only now, with the Big Day this Sunday, it’s been revealed that he almost never landed the nod for Best Rap Album.

As the Associated Press reports, a source involved in the Grammy organization revealed that members of the rap committee argued that Macklemore & Ryan Lewis should be barred from the category “because of their success on mainstream radio and their appeal in the pop world.” In fact, the committee originally disqualified The Heist because it “found more fans in pop than rap”, only reversing their decision after the full Grammy committee voted in a “landslide decision” to restore the nominations.

“It’s not that they don’t think he’s a rapper,” said the anonymous source of the rap committee’s decision. “It’s just that when you’re trying to protect categories and someone has become popular, it should be judged as much. … Where does their music exist? Who are their fans?”

According to the source, such a meeting is rare occurrence in the Grammy voting process. In response to the proceedings and subsequent debate, Macklemore & Rylan Lewis’ manager Zach Quillen had some harsh words for the Grammys and their standards, adding, “If you strip away being influenced by the popularity or by who their fans are or by the amount of radio traction their songs got … and just dissect musically what it is, there’s no question it’s a hip-hop album; they’re hip-hop songs. When you start to look at other things (that) is when people’s judgment got cloudy. It’s what they look like, the demographic, the fan base, it’s the popularity, it’s the radio.”

Still, there’s some people who can understand the rap committee’s collective thought process. In a lengthy essay, journalist Rob Kenner, who’s a member of the reggae committee, explained that there’s an “unwritten rule” rule of the voting process that may have caused the hesitation: “Be careful about green-lighting an album by someone who was really famous if you don’t want to see that album win a Grammy. Because famous people tend to get more votes from clueless Academy members, regardless of the quality of their work. This is especially true in specialized categories like reggae and, to a lesser extent, hip-hop, where many voting members of the Recording Academy (who tend to skew older than the demographic for rap music) may not be well acquainted with the best releases in any given year.”

Before the debate was ever revealed, Macklemore himself predicted some level of controversy. In an interview with The Source last month, he said, “If we win a Grammy for Best Rap Album, hip-hop is going to be heated. In terms of [that category], I think it should go to Kendrick.” Still, it’s worth noting every one of Macklemore’s competitors (Kanye West, Jay Z, Kendrick Lamar, and Drake) are far more established acts. It raises all sorts of questions about the very notion of popularity as a measuring stick and how do you factor in the inherent crossover appeal of most music.

The Grammys take place in Los Angeles on January 26th and will be aired on CBS. The evening promises a star-studded collaboration between Daft Punk and Stevie Wonder, in addition to performances by Beyoncé, Jay Z, Paul McCartney and Ringo Starr, Metallica, Lorde, Kendrick Lamar, and Katy Perry. The night will conclude with an epic joint performances from Trent Reznor, Nine Inch Nails, Queens of the Stone Age, and Lindsey Buckingham.

Below, revisit the video for Macklemore & Ryan Lewis’ “Thrift Shop”. 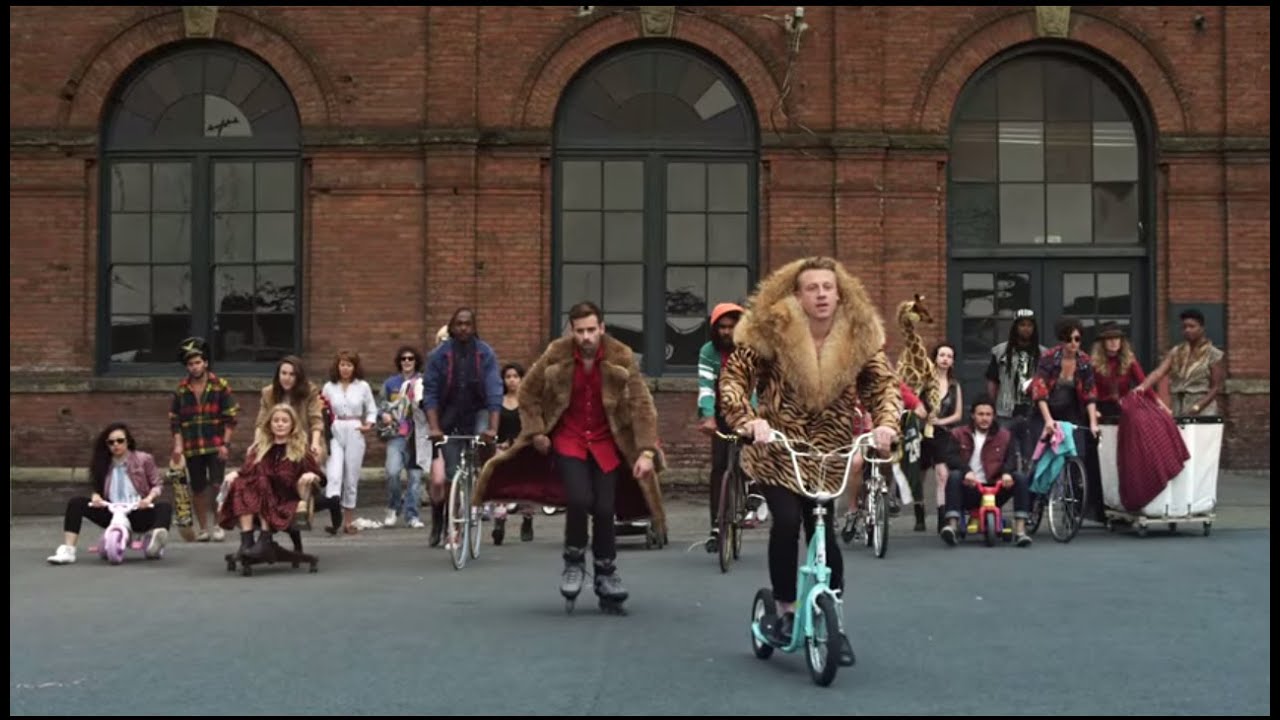