The protagonists in Adam Granduciel’s music usually come off as lost souls. Well, not lost, per se, but more like in the process of discovery, whether of the self or the world (or, jointly, the self’s place in the world). They’re wonderers, picking their way through darkness and uncertainty as they try to grasp some sort of truth or realization. It’s heavy stuff, so Granduciel’s joviality took me a bit by surprise Thursday night when The War on Drugs played the Bowery Ballroom.

At first I thought maybe it was just good vibes coming with the first day of spring. The weather was comfortable, and the band was in the middle of three sold out shows in NYC. Surely Granduciel and the boys must’ve been in high spirits. But as the night went on, I felt like I was learning something about the frontman I had never gleaned from his lyrical ruminations: the man is incredibly self-aware and down-to-earth.

Through the first three songs (“In Reverse”, “Baby Missiles”, and “Under the Pressure”), I thought my expectations of the man were going to be met. Not completely stoic, but mildly introverted, eyes closed as he let his music connect with the audience on its own merit. And it has boatloads of merit. What’s so cool about War on Drugs’ songs, especially the ones on already-album-of-the-year Lost in the Dream, is that they’ve got extended jams built into them already. The band doesn’t need to add a guitar solo or Phish-out (not that they don’t do that anyway). This allows for almost literal album translations that still ring special and true. It’s the old cliche of songs finding a new life live, except War on Drugs’ work doesn’t need to be gussied up all that much. Between “Under the Pressure” and “Suffering” is where I started to notice that unexpected side of Granduciel. Someone in the crowd called “New album’s ridiculous!” and Granduciel stopped mid-tuning to throw a rock hand sign in the air. It was a simple gesture for a frontman, but it showed he was willing and happy to share a moment with his audience.

Then someone else called to drummer Charlie Hall — “Charlie, we love your sweater!” — remarking on his prepped-out argyle sweatervest. “Yeah, look at Charlie’s sweater,” Granduciel chimed in as Hall laughed. “You should see what’s under it,” he quipped, before slyly adding, “You never will.” Huh, a goofy joke, I thought. Guess he’s not all serious business and internal questing.

During “An Ocean in Between the Waves”, the band really started to kick things up. Hall was all smiles during every breakdown, taking his cue to exit a jam by the slightest turn of Granduciel’s head. It was a shame that saxophonist John (I’m sorry, I didn’t catch his last name and Google isn’t helping right now) was tucked in the back, because the layers he added to the performance did wonders. Most notable was the satin-smooth intro to “Come to the City”, which was simply a knockout to hear delivered so impeccably. As the night went on, Granduciel continued to loosen up. They popped champagne before standout number “Eyes to the Wind”. When someone yelled “Thank you” before the band entered “Burning”, Granduciel turned sharply and offered a “You’re welcome,” accompanied by a most honest, appreciative smile. I became fascinated with his duality. At one moment, he’s completely absorbed in his music. Singing these songs is clearly cathartic for him (obviously, or why would he write them?). This was particularly apparent with the tracks from Lost in the Dream; the numbers are fresh in a live setting, and so they pour out of him with less practiced effort and more natural cleansing.

But the next second, he’s poking fun with the crowd. While he tried to tune up for the new record’s title track, someone yelled “Argyle!”, again referring to Hall’s attire. “People are just yelling out textiles now,” Granduciel said. “[My guitar] won’t stay in tune, so keep going,” he encouraged, and the crowd did. “Denim!”, they called. “Cotton!” “Mashed potatoes!” “You’re the most irrelevantly active crowd we’ve ever had,” Granduciel commented.

Finally thinking he had his tuning right, the band tried to start the song, but it sounded off. The frontman cut everyone off and went back to correcting his guitar. “The beginning is so beautiful, if you don’t do it right, fuck it,” he explained with a smile. And there he was again showing how intensely aware he was of himself and his music. I should’ve realized it from the way he discussed working on his new album in our recent cover story. Writing and playing is a deeply personal exploration for Granduciel, and you sense it in his performance as much as you hear it in his songs. Yet he simultaneously retains an ability to keep his feet gently in reality even as he searches the ether for meaning.

And it’s his playful attitude that keyed me into that aspect. After introducing a cover of John Lennon’s “Mind Games” as their last song of the night, a few fans knowingly called out “Nope!” “Look,” Granduciel said with feigned reprimandation, “I think it’s fair to say this probably isn’t the last song; at least let us do the dance. I lead, you accept.” We all laughed. Of course there’d be more to come, but knowing how to get there is part of the game. Similarly, there’s always more to come in life, but simply knowing it’s out there can be as grounding as getting it.

The band didn’t actually leave the stage after covering Lennon. Instead, they tuned up and went right into “Comin’ Through”. Granduciel turned to the woman who had doubted the finality of the previous song and said simply, “See?” 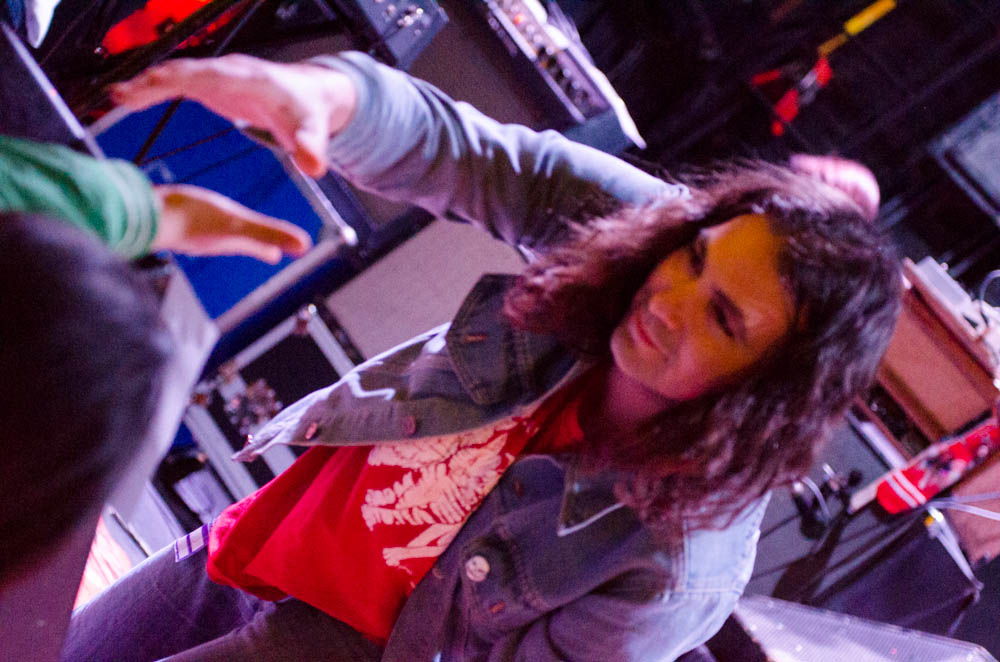 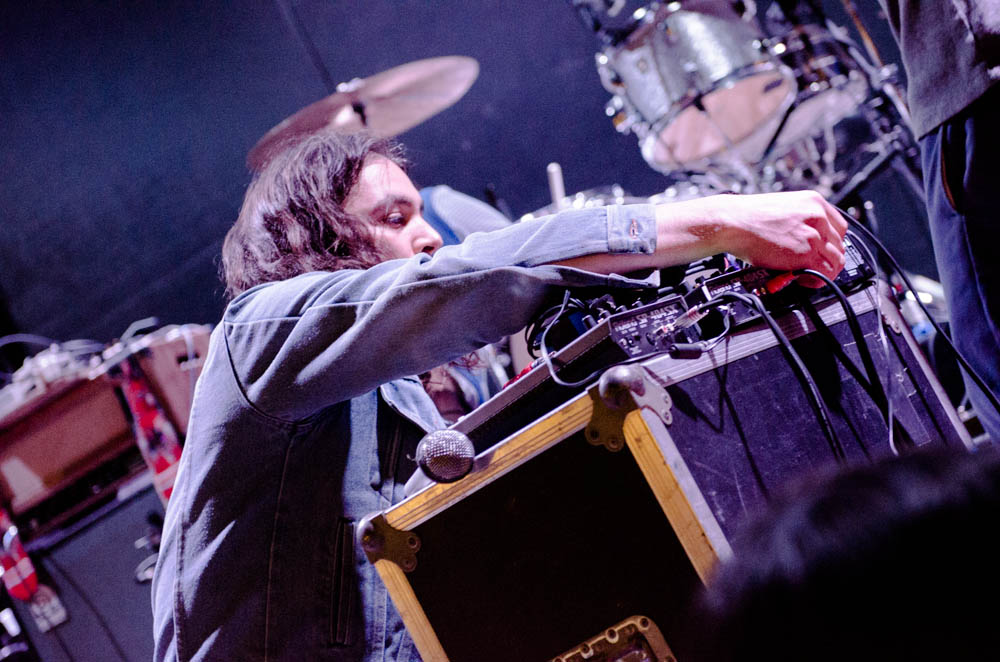 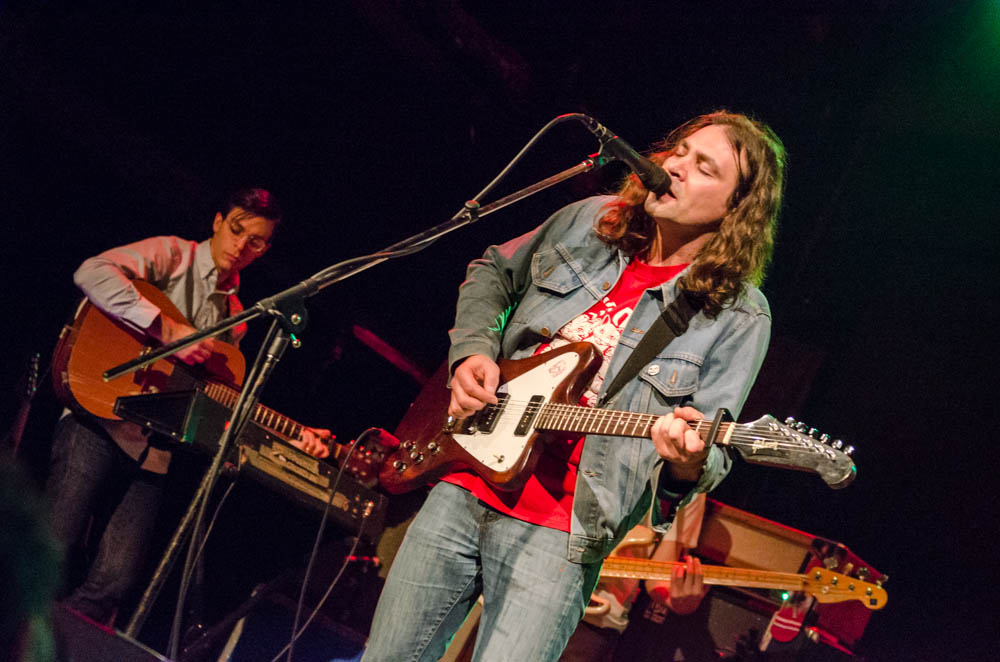 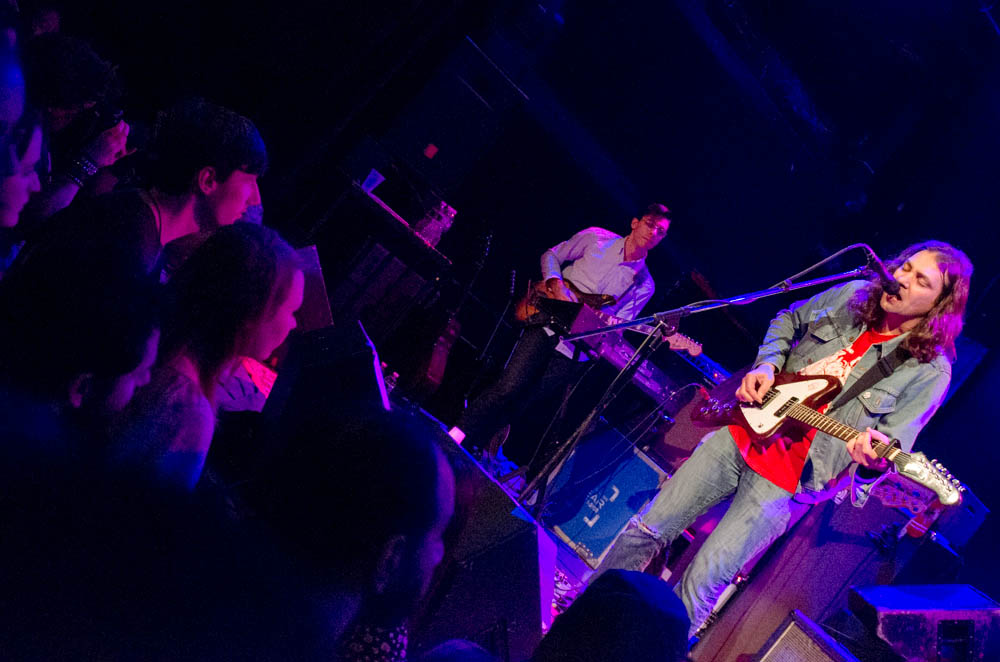 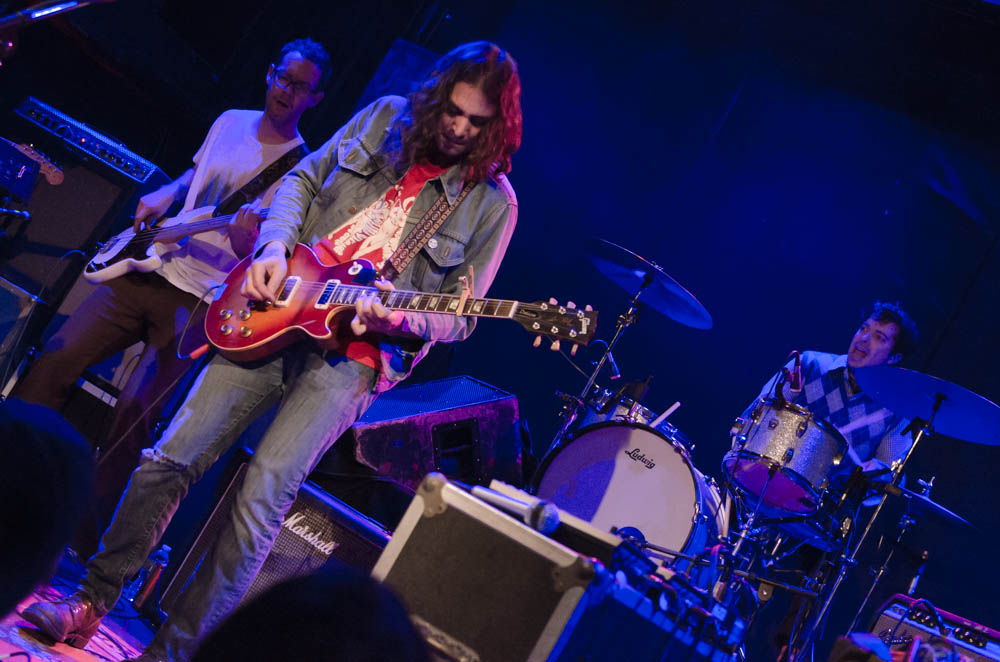 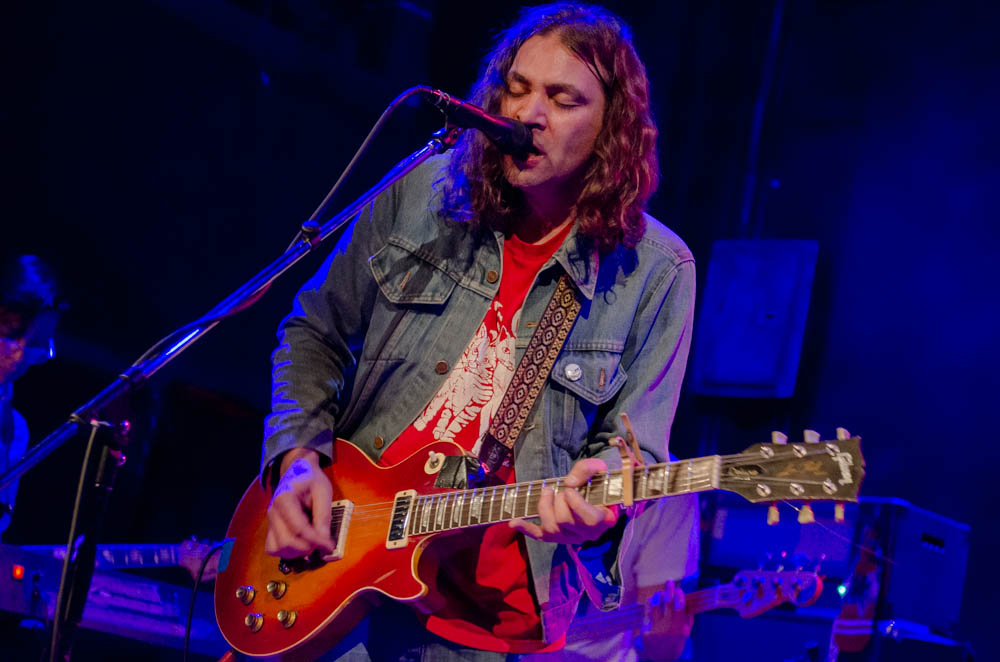 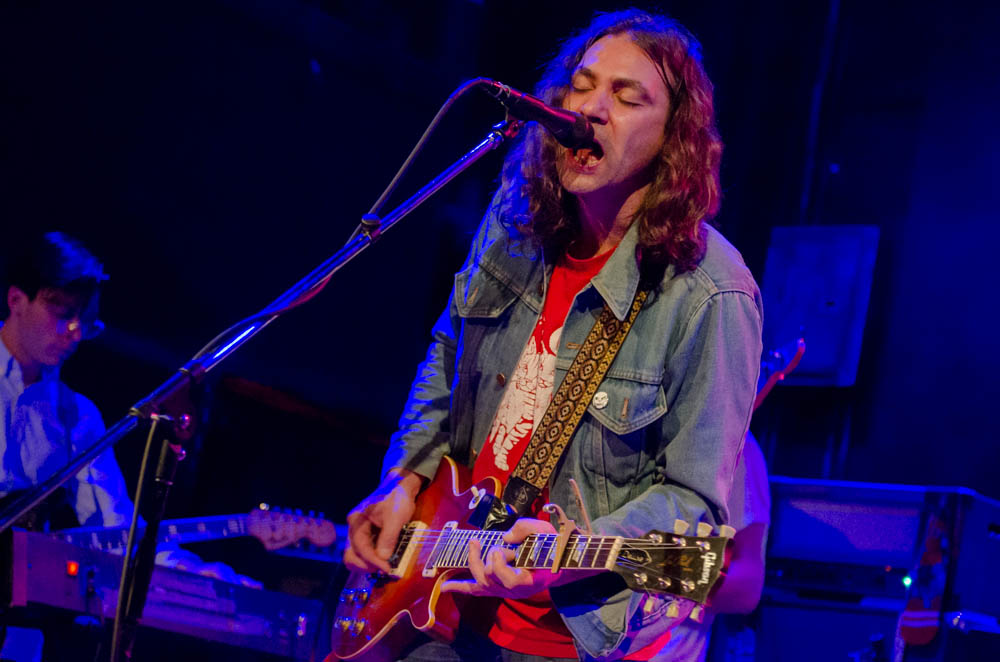 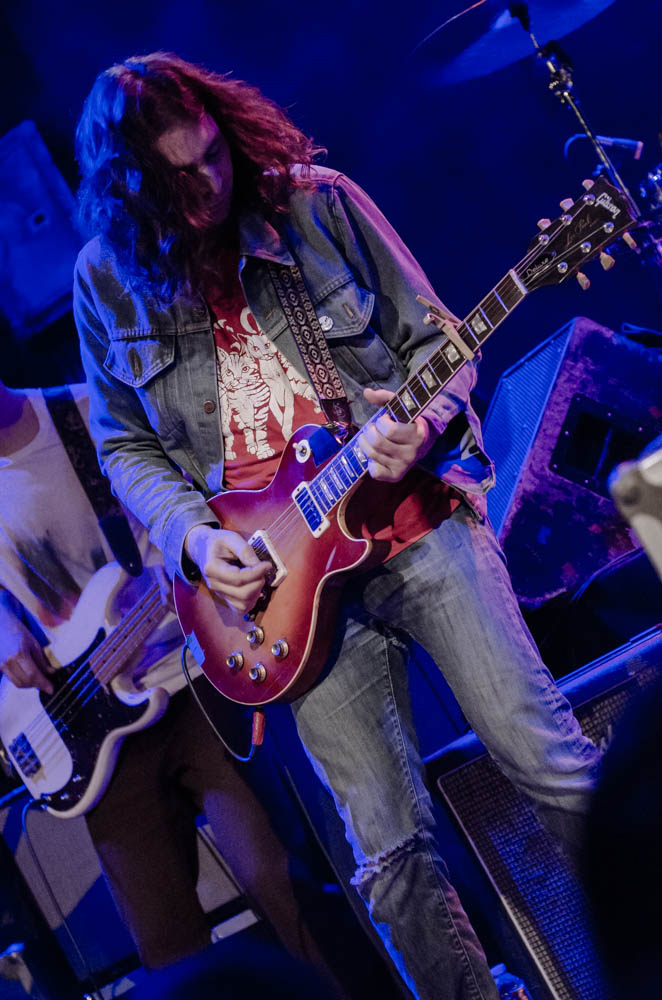 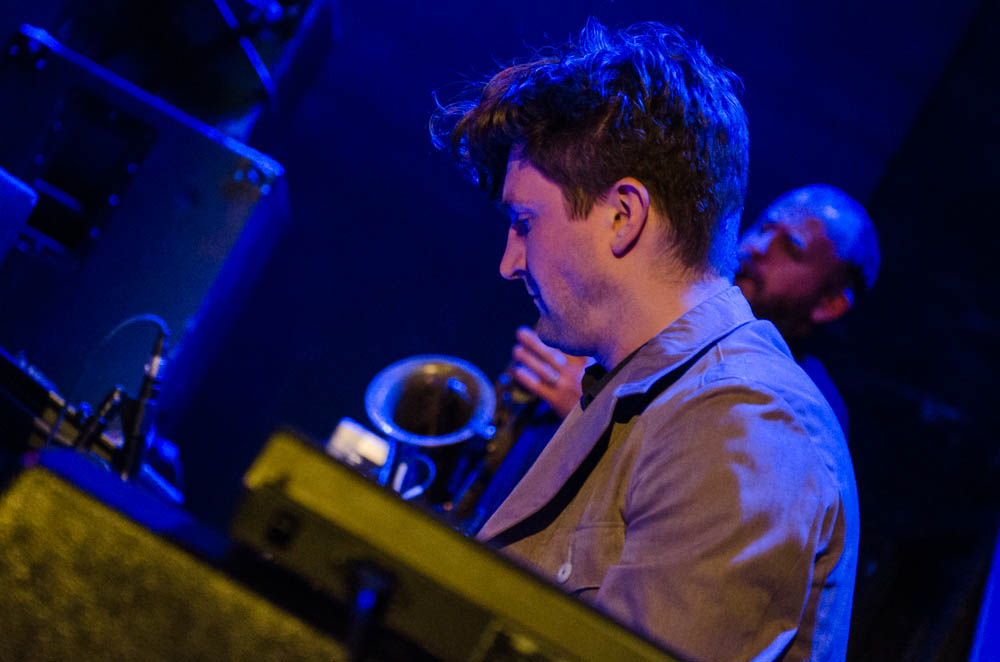 Setlist:
In Reverse
Baby Missiles
Under the Pressure
Suffering
Eyes to the Wind
An Ocean In Between The Waves
Disappearing
I Was There
Brothers
Red Eyes
Burning
Lost In The Dream
Encore:
Comin’ Through
Come to the City
Black Water Falls