Last August, Black Flag co-founder Greg Ginn filed a lawsuit against former bandmates Keith Morris, Dez Cadena, Chuck Dukowski, and Bill Stevenson, who had reunited under the FLAG banner. Ginn claimed he and his label, SST Records, exclusively owned the rights to the Black Flag name, logo, and recordings. Almost one year and failed injunction later, the case has finally been settled: Ginn will legally retain those aforementioned rights and thus, FLAG can no longer use the Black Flag logo.

A press release (via Pitchfork) notes Ginn and SST will hold onto “ownership of all of the recordings of Black Flag” and “all rights in the Black Flag name and logo.”

The settlement also addresses Ginn’s previously filed injunction against Morris and Henry Rollins, who were accused of trademark infringement by “lying to the Trademark Office on registrations” and “using his own label’s record covers to feign as though they’ve been continuing to use Black Flag since 1979”. According to the press statement, both Morris and Rollins “have conveyed any rights they had in that trademark to Greg Ginn and SST Records.”

New Black Flag frontman Mike Vallely released a statement on the case’s resolution, saying, “As was inevitable, this little bump in the road is out of the way and Black Flag will continue as planned without the confusion.”

Black Flag released What the... in November, but are currently working on a new album and will be touring this summer. Consult their tour dates below, followed by a video of the band performing “Good For You” last June. 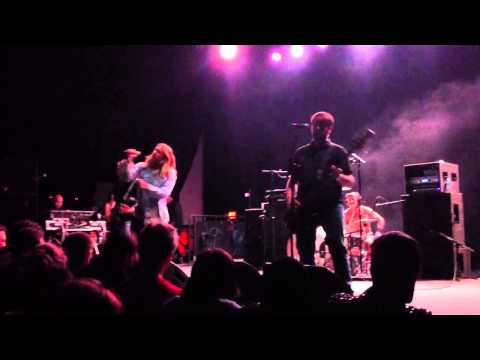