In a darkened, sitdown club on Manhattan’s Lafayette Street last night, Hamilton Leithauser performed his debut solo show (and, later, his second) to a small audience of just under 200 people.

“Solo show,” perhaps, in name only. Those expecting to find the former Walkmen frontman gigging in a stripped down, singer-songwriter format were markedly disappointed. They were also — if such guests existed — likely unfamiliar with the baroque arrangements and moody, elegant turns that make up Leithauser’s excellent debut solo LP, Black Hours. That’s understandable. The record isn’t out until June 3rd, and its songs (which, by the artist’s own account, are more influenced by Sinatra and big band than the weighty, anthemic rock of The Walkmen) retain a thrilling novelty, having been unheard by most of those in attendance. Two of the setlist’s selections, the amusingly contradictory “I’ll Never Love Again” and “In Our Time (I’ll Always Love You)”, appear only on the deluxe edition. And so, despite the small size of the venue and its stage, Leithauser was accompanied by a set of accompanists who, in number if not quite volume, far exceeded the size of the five-piece he has just left behind. Those performers included The Shins’ Richard Swift, Fleet Foxes’ Morgan Henderson, The Walkmen’s Paul Maroon, and a small ensemble of cellists and violinists, whose presence added aural color to the sparse numbers, like the gorgeous, crooning “Saint Mary’s County”. The decorated ensemble seemed to assuage any nervousness on the singer’s part. The set was full of eclectic turns: a strikingly gorgeous doo-wop break in “I Retired”, a scattering of marimba in “The Silent Orchestra”, a booming rhythmic clap on “Alexandra”.

There were, of course, no Walkmen songs performed, and Matt Barrick’s propulsive drumming was sorely missed. (Leithauser missed a rich opportunity to dedicate “Red Moon” to Monday night’s blood moon.) But the singer’s remarkable wail — at once gravelly and soaring — was in familiar form, and Paul Maroon’s distinctive guitar tone, with all its slippery reverb and warm, lyrical phrasings, was unmistakably Walkmen-like, especially on “I Don’t Need Anyone” and the lovely, wistful “Self Pity”. 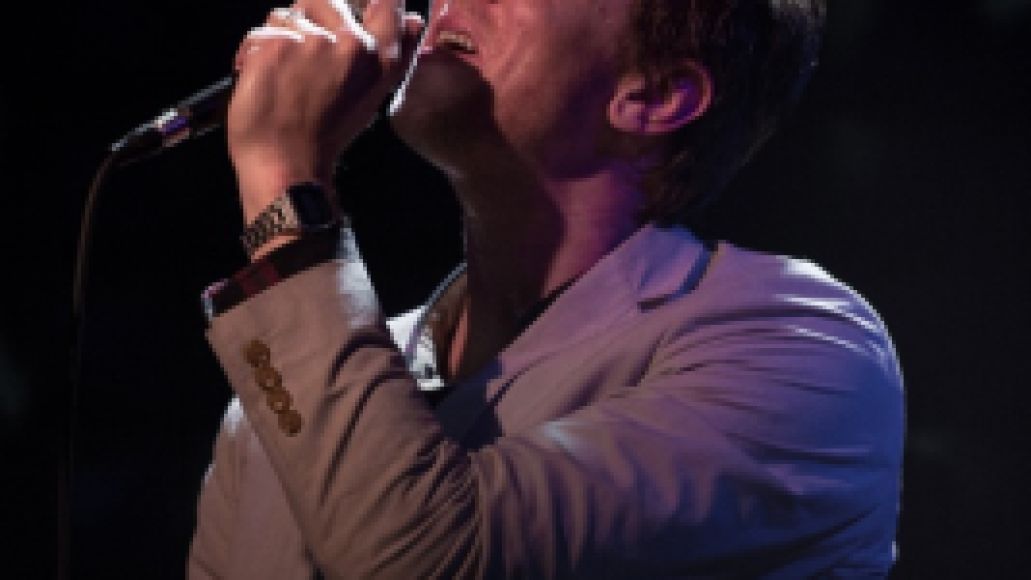 There is, then, the subject of the venue, a facet that could not be mistaken for a Walkmen show — or not one post-2004, at least. By the end of their run, The Walkmen were solidly headlining venues as sizable as Bowery Ballroom and McCarren Park. Joe’s Pub, by contrast, is a seated nightclub with a capacity of 190 nestled into a boozy corner of the Public Theater arts complex. Its clientele seemed well-dressed and well-oiled; neither the assigned seating nor the clattering flow of waiters and bartenders throughout the club did much to enhance the performance we were there to see.

It was hardly a setting for a rock show — but Black Hours is not a rock record. The set, at any rate, was too short and too sweet for grumbling. Leithauser performed two more at the same venue Wednesday night. I’ll admit that after last night’s set, I clicked through at the last minute and was saddened to find they each had sold out.