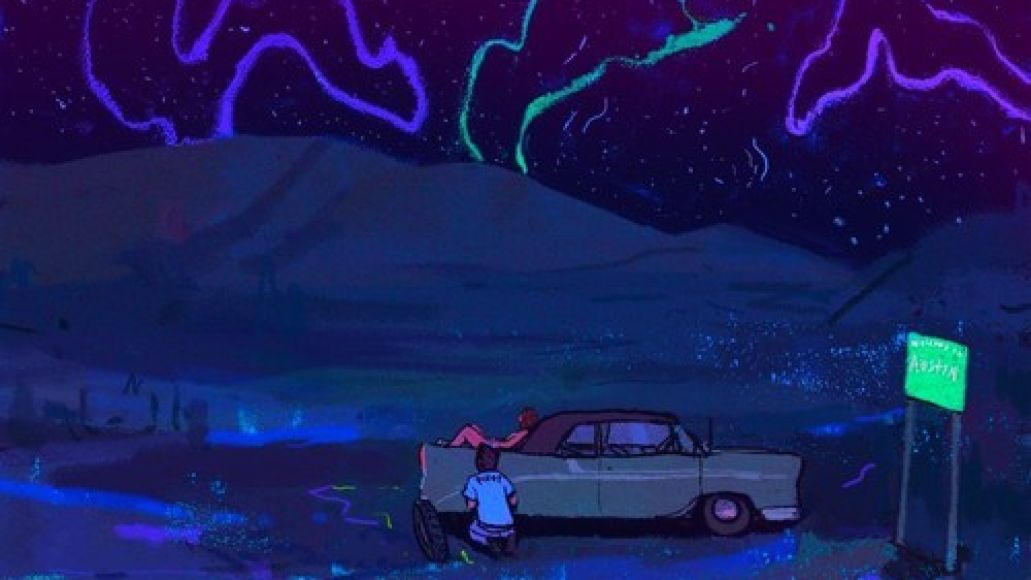 “City of Light” drifts, almost pleasantly, while maintaining a crushing pulse of sludge guitars and massive downbeats. Chicago psych-metal band The Atlas Moth have a singular talent of pouring a hazy heaviness on the listener, one which encourages meditation over headbanging and rarely relents. Vocalist/guitarist Stavros Giannopoulos adds a deep, Peter Steele-style croon that aligns with the band’s ominous atmospherics. The Old Believer drops June 10th via Profound Lore. —Jon Hadusek “Time”, the latest song from Jungle, has a shadowy sound corresponding to the London act’s underlying mystery. Still, it’s very confident, strutting on thickened rhythms and falsetto vocals that evoke The Bee Gees. (I swear, everyone wants to be a Gibb brother these days.) It’s also endlessly catchy, the clearer lyrics memorable even if the production drowns out many of them. While Jungle has only released a handful of songs to date, their buzz is growing stronger by the minute. They seem prepared to seize their moment like Chvrches and HAIM did last year. Their self-titled debut is out July 14th/15th via XL. –Michael Madden