Arcade Fire’s recent fondness for geographically-appropriate covers has become so prolific that some folks are actually passing the time by guessing the next band beforehand. So, just who did Win Butler and Co. pay tribute to during Friday night’s voyage to the musically rich borough of Brooklyn? TV on the Radio? Biggie Smalls? Grizzly Bear? Heck, maybe even Barbara Streisand?

If you put your money on Buster Poindexter and his 1987 classic “Hot Hot Hot”, you should get those uncanny psychic abilities checked out pronto. That’s right, none other than New York Dolls frontman David Johansen joined the band onstage under the guise of his quirky lounge singer persona. Bizarre and unpredictable? Most definitely. Still, it makes total sense: Reflektor is brimming with influences of Haitian and island music, which the band use to inform this big, salsa-flavored rendition. In the words of another famous BK resident, y’all crazy for this one!

Watch some fan-shot footage below. 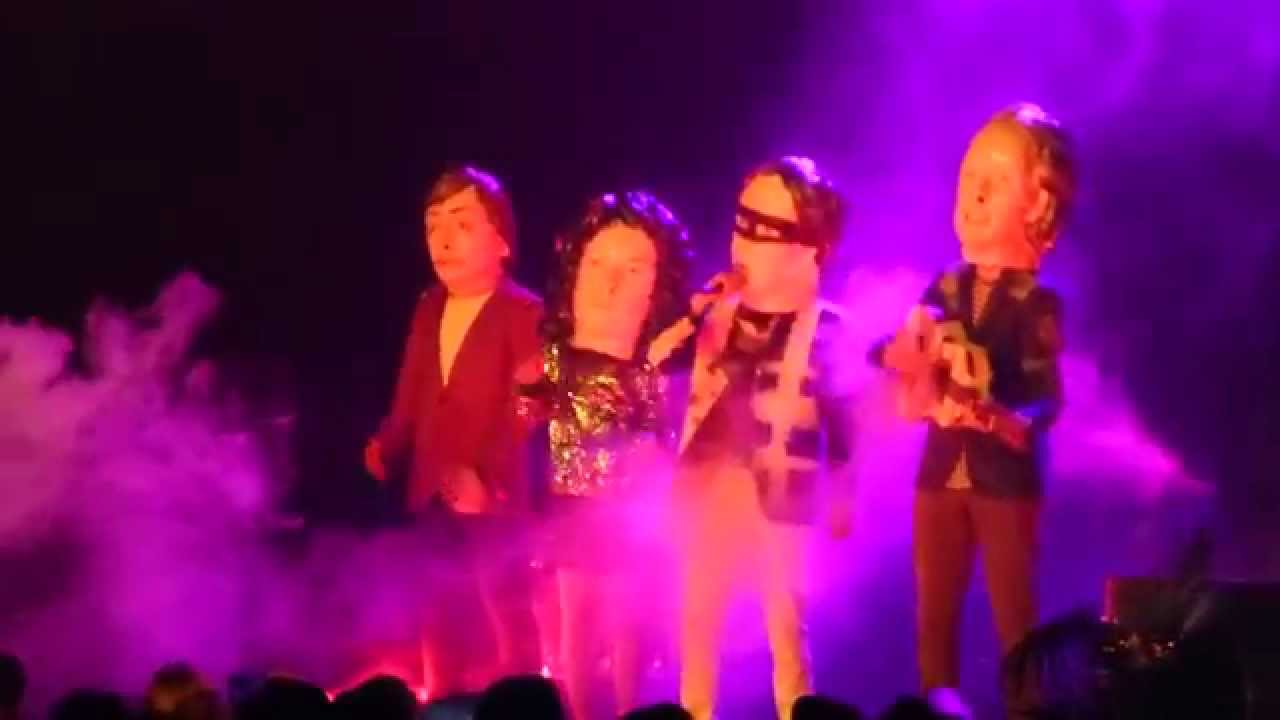