Dan Stevens is a machine. Or so I kept thinking during The Guest, the latest from mumblegore wunderkinds Simon Barrett and Adam Wingard, the writer-director duo behind last year’s home invasion thriller You’re Next. The Guest also chronicles a home invasion, but a different kind. Here, the monster isn’t bursting through the windows, but invited through the front door. Dan Stevens — a striking performer seemingly pieced together from the best bits of Ryan Gosling and Paul Walker — is that monster. Or is he a machine? He’s somewhere in between, which makes sense as Halloween and The Terminator are cited by the duo as formative influences on the film.

Glimmers of those influences shine through, but neither overrides. A dash of horror here, a soupcon of sci-fi there. Pistol-driven action set pieces abound, as does military intrigue and a healthy portion of belly laughs. It’s as if Barrett and Wingard baked everything that worked about ’80s genre into a pie: the gauzy atmosphere, the mechanoid music, and, most blatantly, the archetypes. See, in the small New Mexico town of The Guest, bullies and dorks adhere to their base traits, Dad’s right in line for that promotion, and Halloween is celebrated with the kind of haunted houses and mirror mazes so popular in, you guessed it, ’80s genre. Like Drive, with which it shares many touchstones, The Guest is cunning in how it conjures nostalgia while still feeling thoroughly modern.

Stevens plays Dave, a discharged soldier we first see sprinting down a dusty highway. Towards what? The Petersons, whose son Caleb died in service at his side. Handsome, polite, and charismatic as anyone I’ve seen onscreen this year, Collins ingratiates himself to the family one by one. He shares memories of Caleb with mother Laura (Sheila Kelley), beers with boozy father Spencer (Leland Orser, bizarrely engaging), and self-defense lessons with egghead brother Luke (Brendan Meyer), lessons that decidedly favor showing over telling. Anna (Maika Monroe), Caleb’s distant sister, is the only one wary of Dave, and her suspicions only grow as the neighborhood body count rises.

To say much more would spoil the plot’s myriad turns, though I will say one of the film’s great strengths is how Dave’s character changes with them. Until the third act, Stevens’ performance resists categorization; every steely gaze is leavened by a smile, every act of violence a show of compassion. Anchoring it all is the disciplined physicality of Stevens, whose smooth demeanor belies the rigid precision of his gestures. He is a machine, yes, but one that bleeds. I found myself surprised when he bled red stuff for the first time. What was I expecting? I’m not sure, and that itself is a credit to the actor.

Still, charming and nuanced as he is, Dave remains as unknowable as Michael Myers and T-1000. The information we eventually learn about his past rings hollow; as with Myers, whatever made him this way doesn’t matter. He’s progressed so far beyond it. That careful ambiguity not only retains Dave’s menace, but makes the third act’s rapid escalation of violence all the more plausible.

The Guest leaves itself open for a sequel. Should that come to fruition, I worry the series may suffer the same fate as the Halloween franchise, which has all but turned Michael Myers into a sentient Halloween costume. Knowing too little offers frustration, but knowing too much finds our fear evaporating with every ray of understanding. Suspenseful, seductive, and unforgiving, The Guest hits that sweet spot in between and is bound to propel Wingard, Barrett, and Stevens to the Hollywood big leagues. A masterpiece of genre. 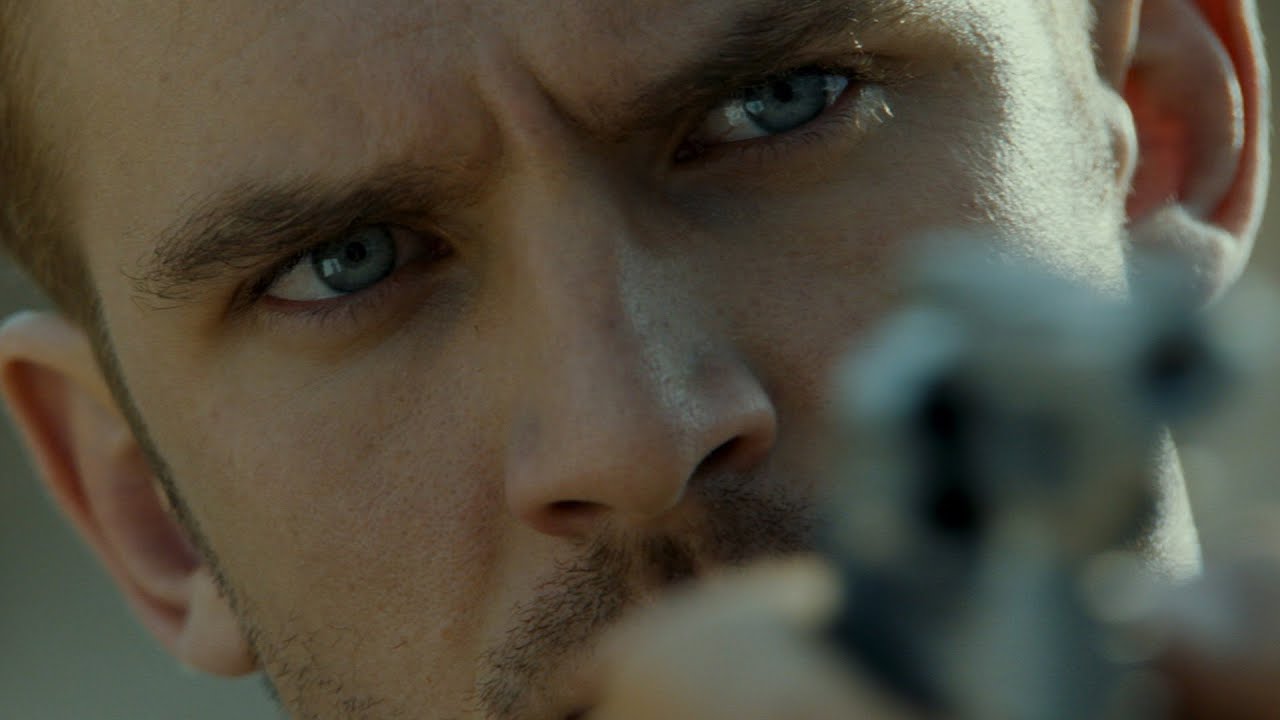