Of note is the casting of Ezra Miller as The Flash and Jason Momoa as Aquaman, whose respective films will both hit theaters in 2018. There will also be a standalone Wonder Woman film in 2017 and what’s likely a reboot of the Green Lantern franchise for 2020. In between, David Ayer will adapt the Suicide Squad for 2016, Dwyane Johnson will suit up as the villain Black Adam in 2019’s Shazam, Ray Fisher will do the same as Cyborg in 2020, and Justice League will be split into two films for 2017 and 2019.

Outside of DC, Warner Bros. will also deliver three more Lego films — including a standalone Lego Batman film for 2017 — and director David Yeats will return to the Harry Potter franchise for three films based on J.K. Rowling’s Fantastic Beasts spin-off series. Why the heavy push? As Deadline reports, the studio’s suffered losses at the domestic box office, where they’ve been down 15% year-after-year.

Consult the full DC slate below and either start saving up for the bevy of merchandise they’ll shill around or thanking the heavens you don’t have kids. 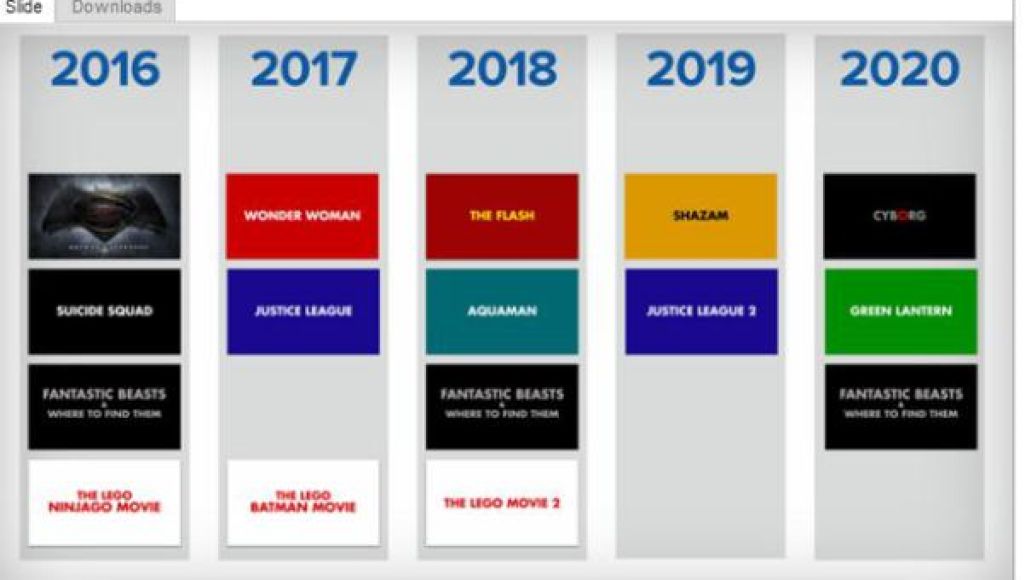