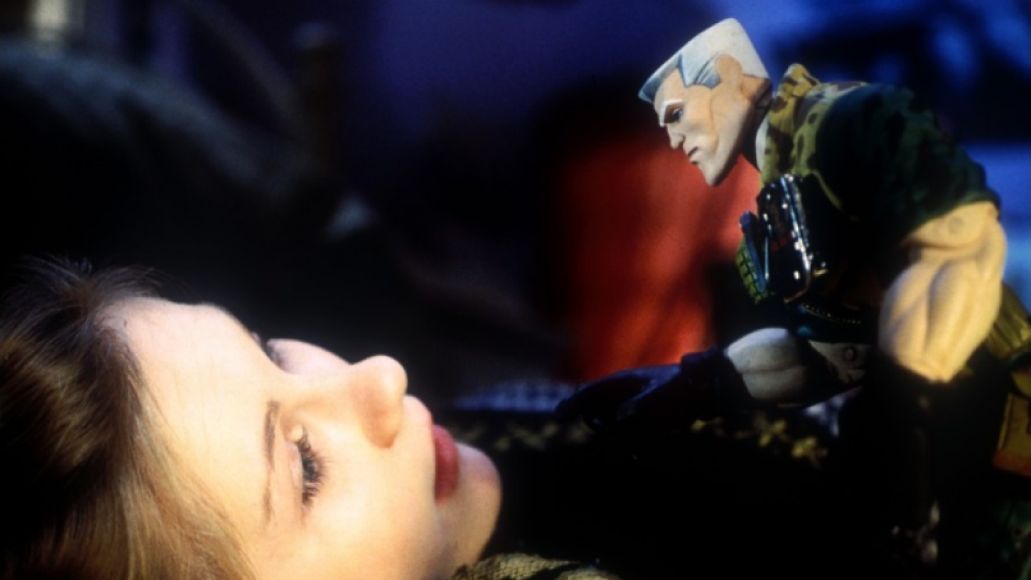 For some reason, during each of the umpteen times I’ve had to see the Ouija trailer in theaters over the past few months, it’s occurred to me that the film’s tagline of “Keep Telling Yourself It’s Just a Game” is eerily reminiscent of one of the key lines in Joe Dante’s wonderfully depraved Small Soldiers. “Everything else is just a toy” is both one of the pre-programmed lines for Chip Hazard (Tommy Lee Jones), the leader of the Commando Elite, and a threat of what the Commandos are capable of once a pair of moronic toy designers (David Cross and Jay Mohr) put munitions chips in their new line in order to rush them out to the public.

What ensues is a suburban nightmare that could only come from the guy once responsible for Gremlins. When Alan (Everwood’s Gregory Smith) befriends the Gorgonites, the peaceable monsters doomed to be murdered endlessly by the Commandos in their pre-programmed battle, he unleashes a violent assault on his family and on the next door neighbors, the Fimples. Small Soldiers is very much a movie of the late ’90s, but there’s a savage edge to it that most movies aimed at kids today wouldn’t dare touch. It also has Phil Hartman’s last performance, as the dubious Phil Fimple, so for that alone it’s worth a watch.

On the whole, Small Soldiers is a surprisingly effective black comedy ostensibly made for kids, and to indulge in clichés for a moment, they don’t make ‘em like that anymore.