Led Zeppelin IV was originally released on November 8th, 1971. In light of its latest anniversary, revisit Sheldon Pearce’s retrospective essay, which was originally published in 2014 to coincide with Jimmy Page’s remastering of the album.

When you listen to guitarist Jimmy Page talk about Led Zeppelin now – about the importance of the synergy they shared and the extensive research he puts into each of the band’s reissues – you start to understand why Led Zeppelin worked so well and why it had to end when it did. Even when the band’s faith began to wane toward the end of their run, there was always talk of maintaining the integrity of Led Zeppelin and what it stood for — what it was in the abstract.

Page has characterized it most eloquently as an affair of the heart, perhaps best capturing the deeply emotional nature of the bond and forecasting its impending, abrupt end. If you read between the lines, when Page creeps out of his vault to introduce never-before-heard arrangements of “Stairway to Heaven” or alternate mixes to “Rock and Roll”, he does so not to revisit the music, which he’s had access to for decades. He does it to revisit a time when a quartet of British gentlemen were so in sync that they existed as a singular organism.

It makes sense, then, that the greatest Led Zeppelin LP is the one they lived, the one recorded in The Rolling Stones’ mobile studio outside the Victorian house in East Hampshire, the one Page described to Rolling Stone as a commitment, “eating and sleeping music together.” There are few rock albums more celebrated than Led Zeppelin IV, and with good reason: It’s Led Zeppelin at their most ambitious, testing the limits of their baroque sound and layering the fringes with intricate details while refusing to walk over the same ground twice. The songs are as much a byproduct of their free time at Headley Grange as they were of their mobile sessions. The album’s punchy opener, “Black Dog”, takes its title from a sexually adventurous Labrador Retriever that would wander the grounds, and its lasciviousness spills over into the refrain, which pants, whimpers, and wags its tail lusting for a woman’s touch. Even more, the song works as a metaphor for the album’s rich depth of field. 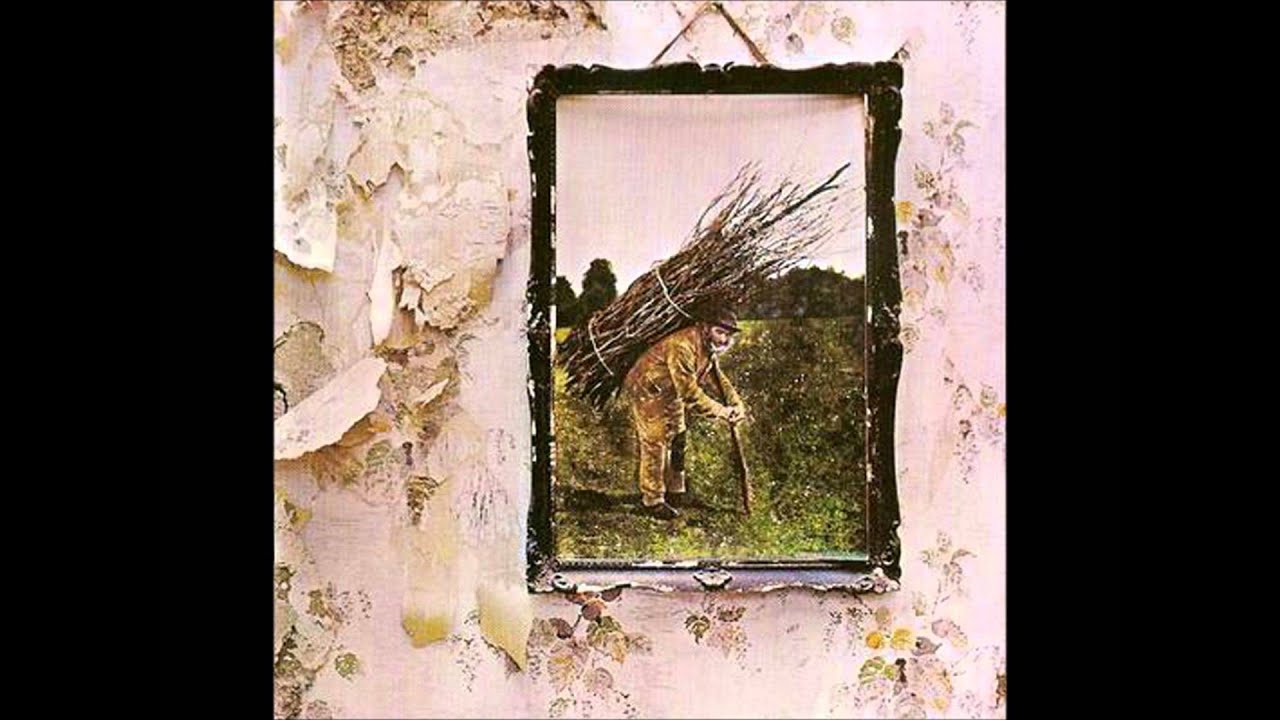