Anytime a major music festival’s ownership and/or promotion changes hands, there’s bound to be a few hiccups in the beginning as new money, strategies, and procedures take root. So when Live Nation Entertainment acquired the annual Voodoo Experience in New Orleans about a year ago, there was some worry about the preservation of the event’s unique nature. For 15 years under the production of Stephen Rehage, it was a true representative of the Big Easy’s core culture: laid back, brimming with excellent cuisine and beverages, musically more diverse than any other mainstream fest (save for perhaps Jazz Fest and Bonnaroo) and generally just one of the best Halloween party spots on the planet.

Yet Live Nation played it smart by keeping Rehage on board during the transition – they even gave him an executive position as president of the company’s North American Festivals division – and the overarching vibe from 2013’s festival to this year at NOLA’s beautiful City Park remained fluid. 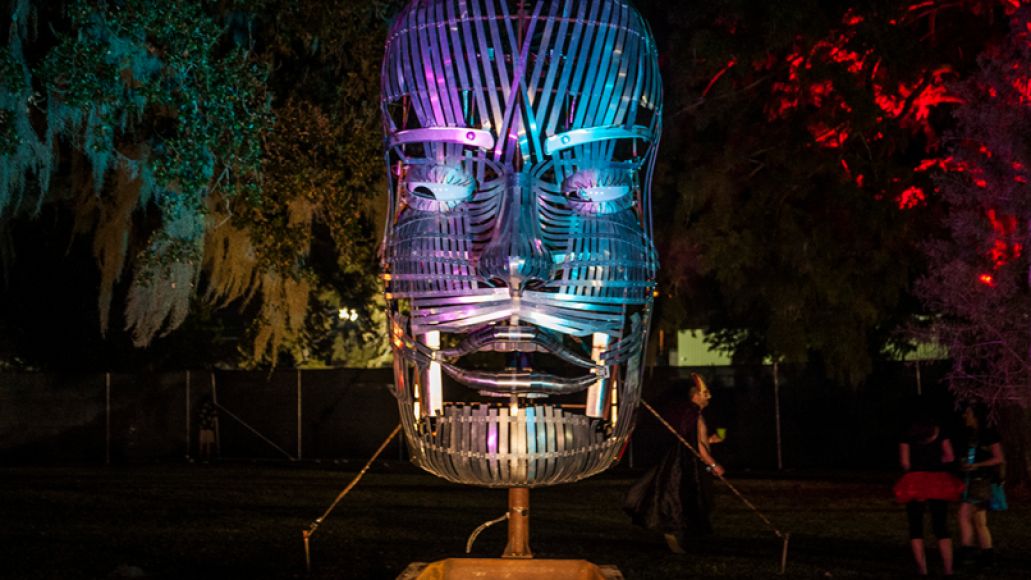 That’s not to say the operation was flawless – observant attendees might’ve noticed that most of the same interactive art pieces, signage, and carnival rides were simply rehashed and rearranged. And in the name of everything held holy at these multi-day events, why oh why did they schedule Ms. Lauryn Hill for a main stage spot? She’s well-known for her tardiness and, sure enough, showed up about 45 minutes past her scheduled six p.m. Sunday set time. Granted, she sounded fantastic once she finally got up there, but promoters did the right thing by shooing her off after just 20 minutes so that remaining Ritual Stage acts 30 Seconds to Mars and Arctic Monkeys could play their full set times. 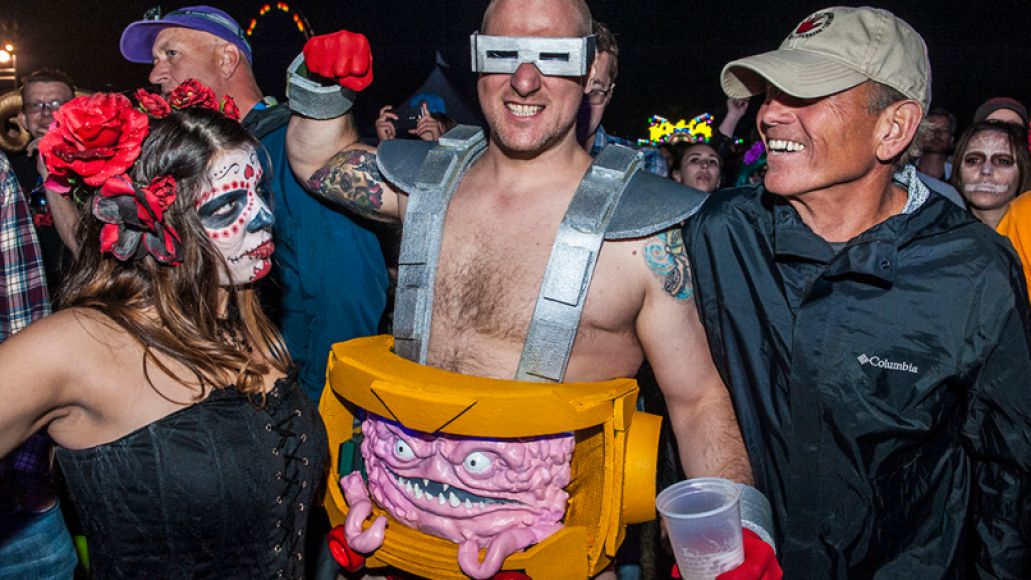 Still, more than the organizers or any artist, it was the spirit of the fest’s fans that kept the candle of creativity burning and provided the grandest spectacle. On Halloween, people of all ages and walks donned some of the most imaginative costumes I’ve ever seen – from homemade Egyptian royalty outfits, to Elliott from E.T. the Extra- Terrestrial (complete with attached bicycle basket and tiny alien wrapped in a blanket), to a custom-designed Krang outfit (the supervillain from the oldschool Teenage Mutant Ninja Turtles cartoon, for all you youngins).

And when All Hallow’s Eve had passed, the widespread masquerade continued – it was a treat to see ghouls and Teletubbies joining forces in the circle pits during Slayer, and likewise, it was amusing to note the massive number of Super Mario Brothers enthusiasts roaming the grounds each night (mad props to the group that pulled off the complete Mario Kart cast, colored balloons and all). Major kudos go out to all those that went the extra mile to stretch Halloween into a three-day celebration – it’s all of you that year after year make Voodoo an Experience, not just another festival.