It seems like every new film festival cycle offers an endless supply of coming-of-age stories, usually centered on wayward teenagers or developmentally stilted twentysomethings. It’s that second category that we’re thinking about of late, what with Lynn Shelton’s continually delayed Laggies finally hitting theatres this week. It’s a subject undoubtedly ripe for cinematic analysis of all kinds, as there’s rarely a more stressful transition in one’s life than the one in which the training wheels of adolescence are removed and you’re more or less shoved headfirst into the deep end of human existence and told to swim.

In observance of this process, and in keeping with the long-running tradition of the subgenre, our staff took a look back at 10 other essential coming-of-age stories about that particularly stressful time period. It’s a varied list, a sometimes asynchronous list, a lily-white list (they’re the notable 10 we thought of, so feel free to add your own in the comments), and a helpful guide to a kind of movie often written off as whiny or purposeless. So enjoy our staff’s choices of 10 essential movies about growing up, growing laterally, growing backwards, and everything in between. 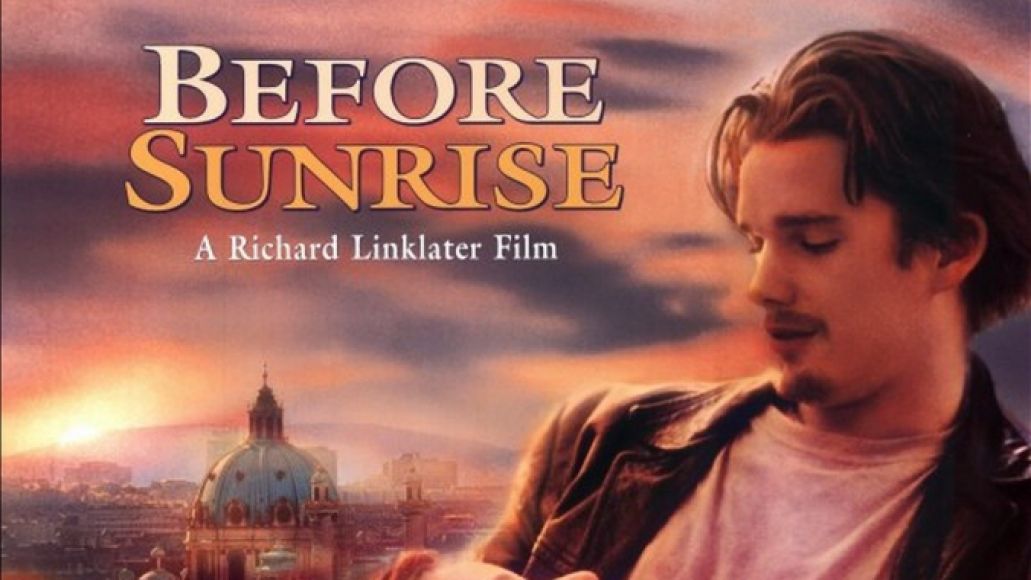 It’s harder than it used to be to return to the sweeping, romantic idealism of Before Sunrise in light of the films that followed it, but while Before Midnight suggested that Jesse (Ethan Hawke) and Celine (Julie Delpy) may or may not make it for nine more years, they’ll always have Vienna. Richard Linklater’s 1995 film is still a great entry in a progressively stellar trilogy, primarily because it’s a perfect counterpoint to the weariness of adulthood that hangs over the following films. As they wander through canals, alleyways, cafes, bars, and all manner of other places, Before Sunrise seduces you with the promise of the infinite that comes with being young, the perception of the world as a many-splendored realm of opportunity.

It’s not naïve, necessarily; the stress of trying to work out their preferred lives and passions hangs over a great many of their conversations. Even their meet-cute, which kicks off their entire sojourn into the night, starts with Jesse framing it as an opportunity for Celine to have a memory to look back on when she marries somebody else one day and wonders if she should’ve done more. There’s a poignant sense of terror that hangs over the film, from Jesse wandering Vienna because he has a morning flight and a lack of hotel money to the final scene, in which their studied nonchalance about the fleeting nature of their encounter finally gives way to the panicked reality of never seeing each other again. We know they do, and have a happy(ish) ending, but in that moment, still young enough to worry, Celine getting on her train is a matter of life and death. –Dominick Mayer 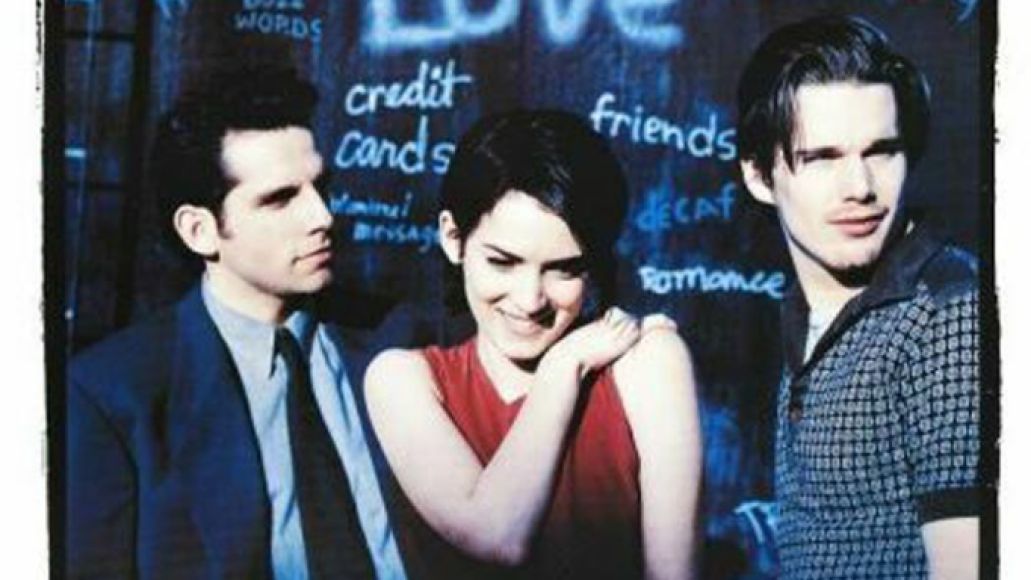 Lelaina: “I was really going to be someone by the time I was 23.”

Reality Bites is the story of Lelaina (Winona Ryder) and her friends Troy (Ethan Hawke), Vickie (Janeane Garofalo), and Sammy (Steve Zahn), Gen X graduates figuring out what the hell they’re gonna do with the rest of their lives. Lelaina was the valedictorian of her college class, and now she is slouching through the unstimulating reality of the “real world,” while also camcording a documentary about post-education life that she hopes to get on one of those MTV-like stations that were the epitome of cool in 1994.

Troy, however, is not so enamored with the idea. He believes Lelaina’s career aspirations to be beneath him, even though he is a perpetually unemployed musician and philosophizer who sits around the house all day while Lelaina pounds the pavement for a job. He’s also the kind of guy who has “Please leave your name, number, and a brief justification for the ontological necessity of modern man’s existential dilemma” as his voicemail message and answers the phone with, “Hello, you have reached the winter of our discontent.” With the exception of the “be yourself” nugget above, Troy is the actual worst.

Directed by Ben Stiller, who also stars as Lelaina’s yuppie boyfriend, Michael, Reality Bites is more dated than New Coke, but filled with highly quotable dialogue that kids today can still relate to, or at least make ‘90s nostalgic Buzzfeed posts about to prove that the Man still sucks and grunge will never go out of style. So let’s dance to “Ma-ma-ma-my Sharona” in a convenience store and be “non-practicing virgins” together because YOLO. –Leah Pickett 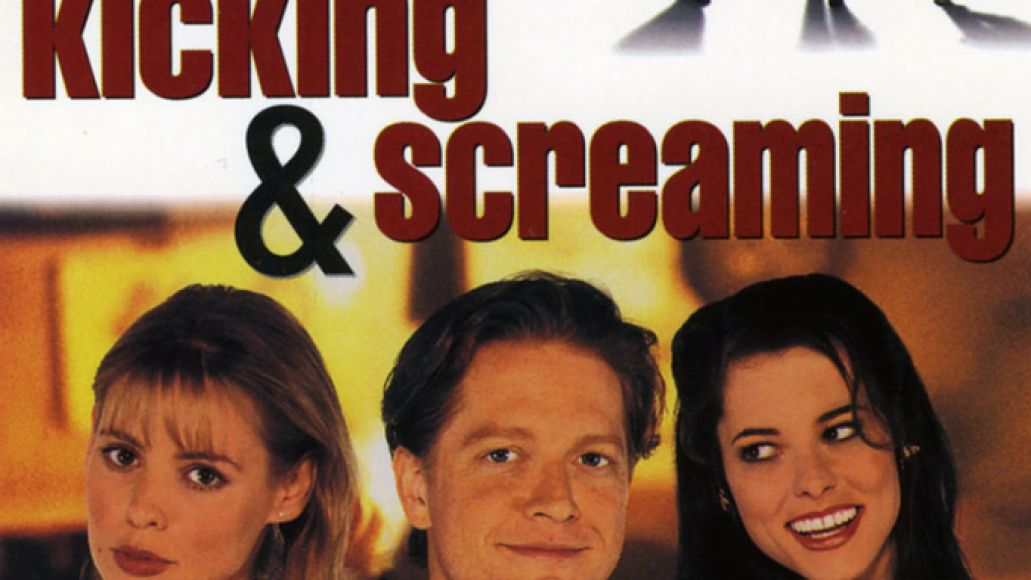 “What I used to be able to pass off as a lousy summer could now potentially turn into a bad life,” sighs the ever-droll Max (Chris Eigeman, just perfect) in one of Kicking and Screaming‘s endlessly quotable scenes. Noah Baumbach’s first and funniest film wallows in that existential quicksand that most recent college graduates wind up in. You don’t have a job. You have no skills, besides banter, movie trivia, and crossword puzzles. You wish you could postpone life and stay in school forever, but then that makes you career student Chet (Eric Stoltz). Nobody wants to be Chet. And there’s just no joy in sleeping with freshmen anymore.

It’s a white movie about wimpy white Gen Xers who talk too much (and talk alike) and suffer from post-collegiate anxiety. Therefore, I should hate it, like I do Reality Bites (go to hell, Troy). But Baumbach’s hit parade of dialogue and his pitch-perfect ensemble transform a potentially unbearable student film into one of the best indie comedies of the ’90s. Every character, except for Chet, is someone you want to waste time with. It’s better to rattle off monkey-themed movie titles than figure out what to do with your life, especially if it leads to Carlos Jacott’s awesome delivery of “Monkeys, Monkeys, Ted & Alice” (he’s so proud of it he says it twice).

And there’s melancholy magic to the main plotline, in which Grover (Josh Hamilton) pines and flashbacks to his lost love, Jane (Olivia D’Ado), who just moved to Prague to do that Prague thing. Anyone who’s ever fallen for a writer they hated in a college English class can connect to these two, as can anyone who’s picked up a smoking habit from a loved one only to have them suddenly quit while you’re still hooked. Your twenties are the last time you’ll try to be compulsively romantic and take a last-minute flight to Prague. Your twenties are the last time in your life that you’ll wait by the phone for an overseas call from a girl you’re not gonna get back. And they’re the only time you’ll play that sole answering machine message she left until the tape wears out. –Roy Ivy 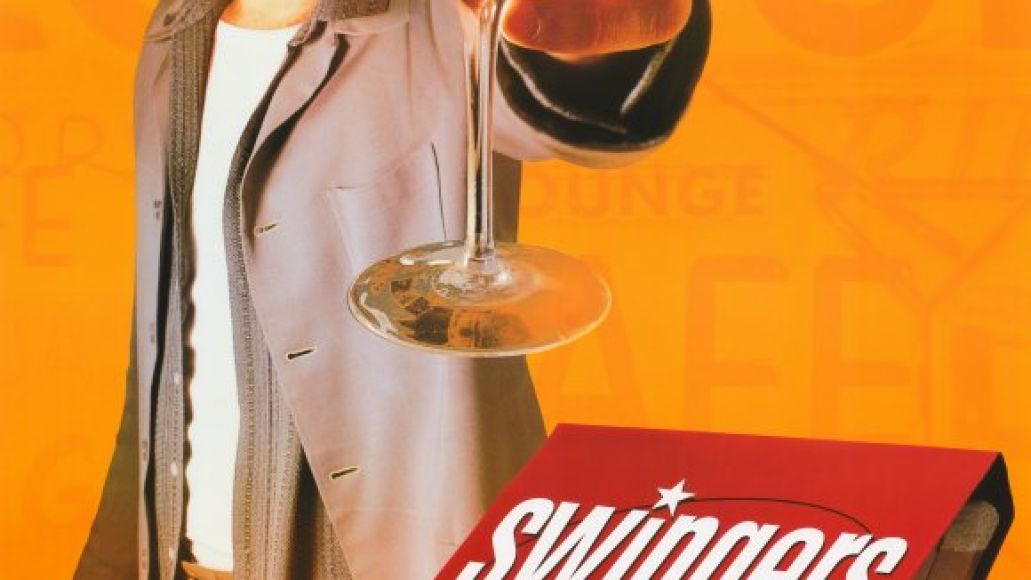 As I journeyed through my 20s, I found it easier to identity with Mike (Jon Favreau) in Swingers instead of Trent (Vince Vaughn) as I did in high school. One has embraced being an adult so tightly he can’t breathe, while the other is holding on to his youth for as long as possible. I always hold a place in my heart for Trey’s antics, Mike’s misery, Sue’s bad temper, and Charles’ swagger. But it’s Ron Livingston’s performance as Rob, and that character’s quiet friendship with Mike, that I relate with now.

While Mike finds his happy ending at the film’s close, he really achieves true peace just before the film’s climax. It’s then when Rob arrives at his apartment unannounced and tells him the following: “You got to get on with your life. You’ve got to let go of the past, Mikey, and when you do, the future is beautiful. Alright? Look out the window. It’s sunny every day here. It’s like ‘Manifest Destiny’. Don’t tell me we didn’t make it. We made it! We’re here! And everything that is past is prologue to this, all the shit that didn’t kill us is only … ya’ know, all that shit. You’re gonna get over it.”

Swingers is much more than just a great movie with memorable quips and unforgettable expressions. It’s about the friendships. And I love Rob, whether or not he ever gets the gig as Goofy. –Justin Gerber 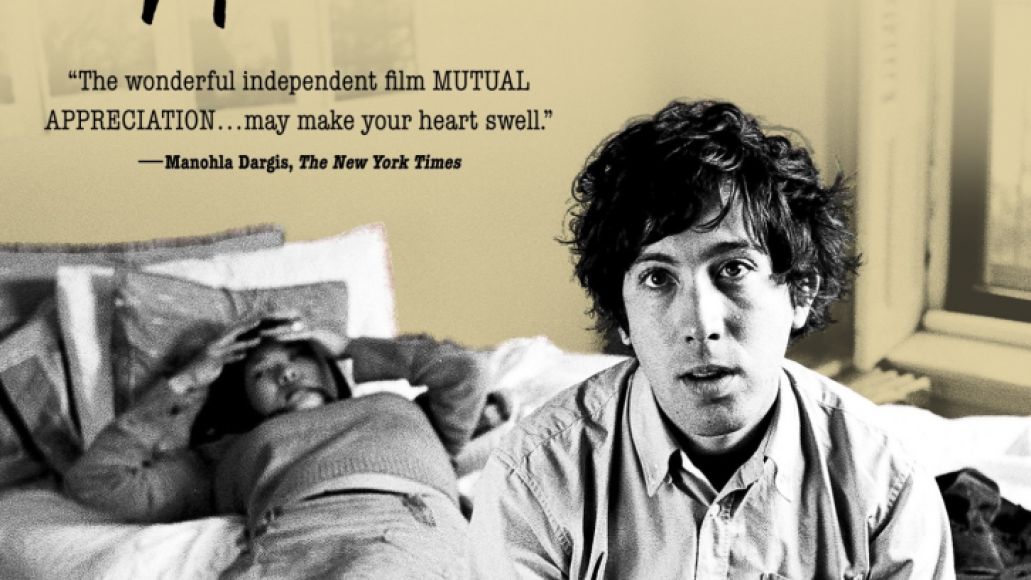 Justin Rice of indie-pop outfit Bishop Allen stars in the sophomore feature of mumblecore wunderkind Andrew Bujalski, a man who, with his early films, did everything in his power to piss on traditional, Aristotelian storytelling models. In those films, Mutual Appreciation included, plots ranged from threadbare to nonexistent, characters resisted change, and climaxes proved decidedly anti-climactic. They were examples of how deftly structure could inform content: the characters in these films are as aimless and inarticulate as the films themselves. Some might find mumblecore boring, but you can’t deny they were the perfect representation of post-college ennui.

Rice plays Alan, a struggling musician and recent New York transplant. In between playing shows to empty crowds, he goes to parties, ignores his dad’s pleas to get a real job, and banters with Lawrence, an old friend played by Bujalski. Complications arise when Alan and Ellie, Lawrence’s girlfriend, develop a — you guessed it — mutual appreciation. To call it “complicated,” though, isn’t entirely accurate; most often, the things we call “complicated” about our mid-20s add up to nothing more than indecision. Mutual Appreciation conveys that ambivalence without judging it, allowing the narrative to unfold without ever resorting to melodrama.

Welcome to Your Life: 10 Essential Coming-of-Age Films for Twentysomethings