Since 1983, Cleveland has been home to the Rock and Roll Hall of Fame and Museum, a venerable showcase of memorabilia highlighting music’s rich cultural legacy. However, there’s long been confusion over hip-hop’s place in the Rock Hall, a debate which has intensified as of late with the recent inductions of Beastie Boys, Run-DMC, and Public Enemy. Now, plans are in the works to finally give the genre a place of its own, thanks in part to the “Four Fathers of Hip-Hop” — Afrika Bambaataa, Grandmaster Melle Mel, Grand Wizzard Theodore, and Grandmaster Caz Brown — who have spearheaded a project to build a Hip-Hop Hall of Fame in New York City.

According to the New York Daily News, the first phase of the project is set to launch in 2015 with plans for two distinct locations: The first, located in Harlem near 125th Street, will feature a 12,000 square-foot museum space and an assortment of amenities, including a coffee and juice bar, merchandise shops, and a TV studio. The second location, a slightly larger, 50,000 square-foot spot in Times Square, will include an interactive exhibit and 90-minute guided tours. The two buildings are expected to officially open in 2017.

Already, the museum has secured a number of outfits, concert posters, and musical equipment from hip-hop stars of past and present, including Eminem, OutKast, Snoop Dogg, Ice Cube, Common, and Salt-N-Pepa, among many others.

Chronicling the genre’s history doesn’t come cheap, though, as the museum will cost upwards of $80 million to build. $50 million has already been raised and an Indiegogo campaign has been launched for additional fundraising.

Below, you can see mock-ups of the museum sites. 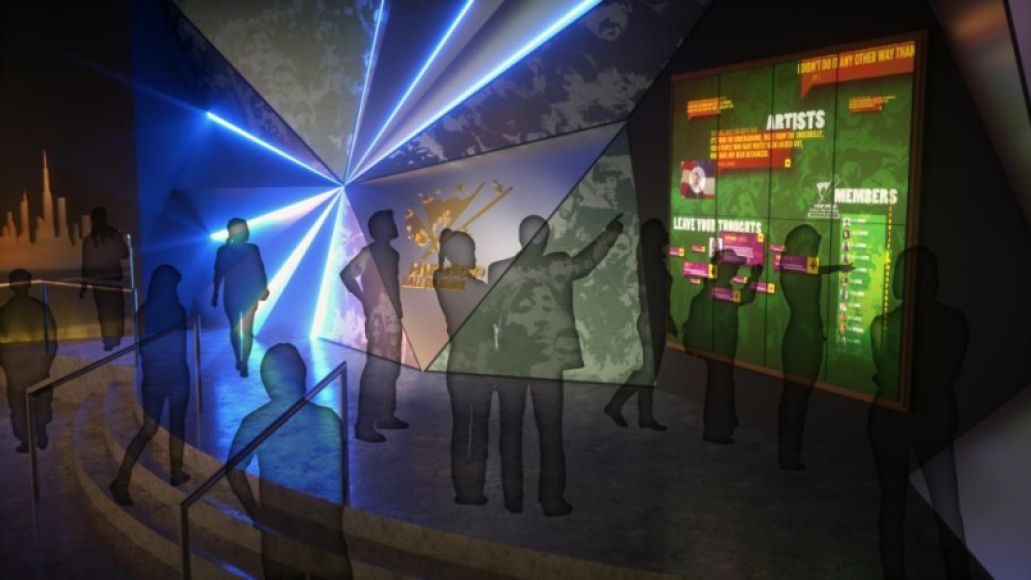 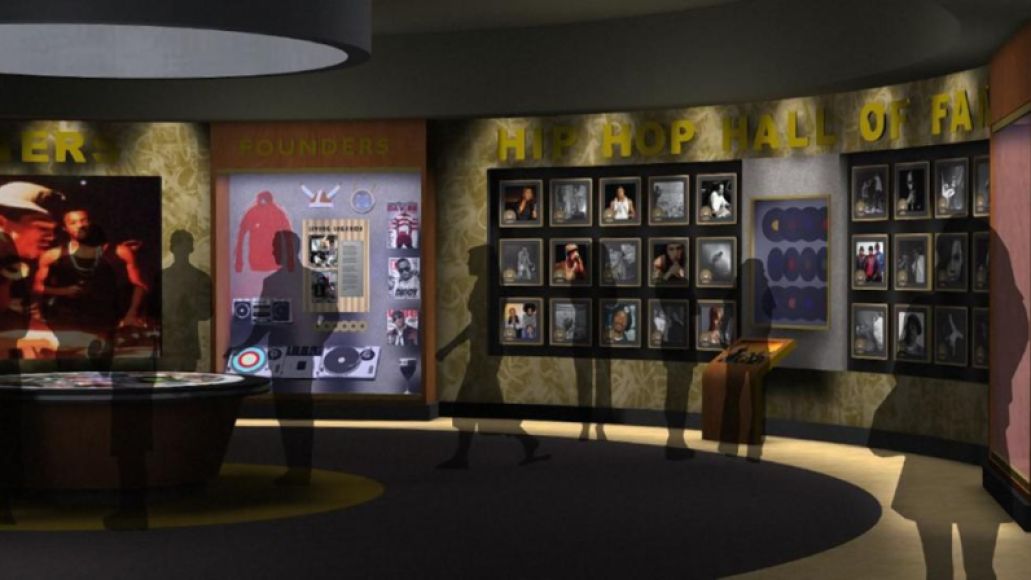 Hip-Hop Hall of Fame to open in New York City