In 1994, TLC released the second of their four albums to date, CrazySexyCool, which featured two number one singles (“Creep” and “Waterfalls”) and eventually became one of the best-selling albums of the ’90s. Today, Consequence of Sound‘s Michael Madden and Sheldon Pearce revisit the record in anticipation of the news that the group’s final album and follow-up to 2002’s 3D is on the way following a successful Kickstarter campaign.

Michael Madden (MM): If we’re to talk about TLC in 2015, I feel we have no choice but to start with that scene in We’re the Millers, possibly the group’s most visible pop culture moment of late. I hope you’re already familiar, Sheldon. Upon hearing it come on the radio, the pale, skinny, entirely out-of-his-element teen Kenny not only sings along to “Waterfalls” but also raps Left Eye’s verse in its entirety. The thing is that, while no one would play this version for traditional listening enjoyment, Kenny is still determined to capture the song’s essence. It’s a faithful rendition.

There’s also the sense that he hasn’t heard “Waterfalls” in a while. He is remembering it, and relishing in it, right before our eyes. And so, I think that’s the main strength of CrazySexyCool and of TLC in general: the memorability of the songs. Here, songwriting comes from the likes of Dallas Austin, Jermaine Dupri, and Babyface, but it’s ultimately executed by the three young women — T-Boz, Left Eye, and Chilli — out front. Though they weren’t without their disagreements, they were seemingly made for each other, and their chemistry is what makes the choruses on “Creep” and “Waterfalls” so infectious.

That said, there was so much more to this group than the hooks. TLC also united for a unique image, the three members taking control over their femininity and sex appeal. Their debut, Ooooooohhh… On the TLC Tip, was progressive in that sense, but none of it was quite as telling as the hilarious CrazySexyCool skit “Sexy”, where Chilli dials up a supposed romantic interest (voiced by Puff Daddy in a much more lighthearted role than he had on The Notorious B.I.G.’s “Suicidal Thoughts” months earlier) and does her best to seduce him over the phone, asking him to bring tissue … “SO I CAN WIPE MY ASS HAHAHAHH!” As much as any proper song on CrazySexyCool, the interlude is a document of the group’s M.O.

But what do you think, Sheldon? Am I overstating the group’s artistry? After all, they had access to expert songwriting and production assistance, and, on a surface level, they could appear to be another conventional pop group, synchronizing their dancing in videos and onstage, wearing similar outfits, etc.

Sheldon Pearce (SP): Mike, I think you really nailed it. There’s a pretty strong case to be made for TLC as the greatest girl group of our generation, and it all boils down to how unforgettable they were. That memorability is a byproduct of their extremely distinct personalities and how that individuality translated to the music. It’s funny because when I went to revisit the album for this, that same skit stood out to me, too. Just as you’ve made it through the meat of the album and hit its steamy climax, a rendition of Prince’s “If I Was Your Girlfriend”, here is this skit, with Chilli crank-calling a random guy (Puff Daddy) and effortlessly seducing him with charm and innuendo. She pushes him to the brink of involvement, moaning and tickling his ego, and just when she finally gets him to commit she reveals she was only taking a shit, flushing the toilet and any ideas he had of getting lucky. That clip in itself says so much about TLC. It’s hot, fun, subtly feminist, and just a great gag. It’s a microcosm of the entire project: CrazySexyCool is just that. 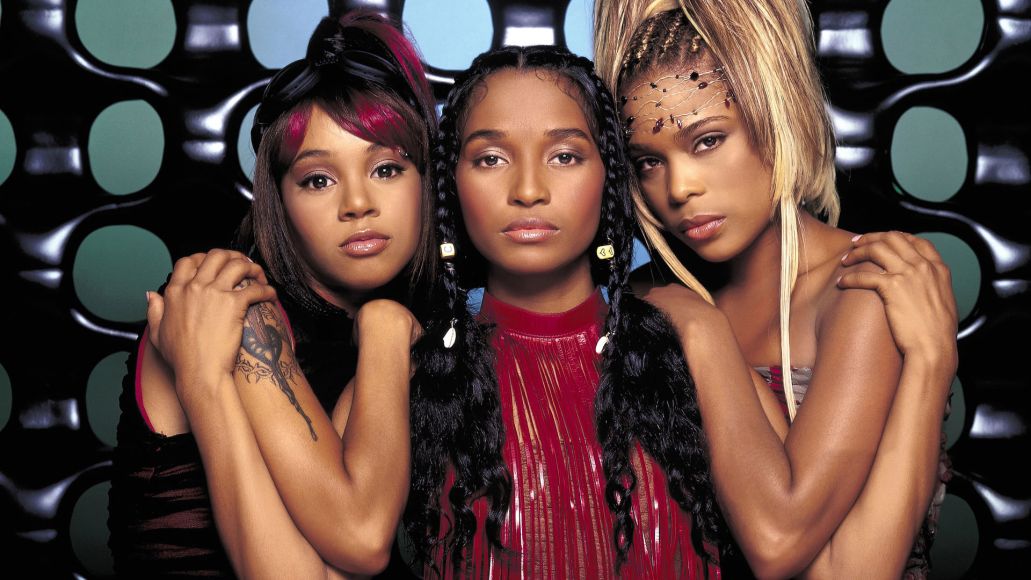 MM: I think it’s important we recognize the album as a whole, which practically renders TLC’s physical image irrelevant. It spans 16 tracks in 56 minutes, and yet it’s so consistent and well-sequenced that it’s a breeze. While “Creep”, “Waterfalls”, and “Red Light Special” were huge, the deeper cuts, such as the stripped-back but propulsive rhythms of “Case of the Fake People”, the sparkling and clap-commanding “Let’s Do It Again”, and the foreplay anthem “Take Our Time”, are of equally high production value. That’s not to mention the bouncy funk of “Switch”, where some of the album’s smoothest production (built from a sample of Jean Knight’s “Mr. Big Stuff”) glides alongside a Left Eye verse.

Which reminds me: We haven’t talked much about the hip-hop element of the album. As a rapper, Left Eye was both edgy and approachable at a time when rap was on the rise but not entirely accepted as an art form (if it still is). Her most memorable verse is definitely the one on “Waterfalls”, but really, it’s a joy whenever she breaks down a track like that. Her death in a car accident in Honduras in 2002 was tragic, and it’s sad that she only released one solo album during her lifetime, 2001′s Supernova.

Left Eye is not the only rapper here, however. A Tribe Called Quest’s Phife Dawg is on the intro. Andre 3000, just 19 years old and seven months on the heels of OutKast’s debut, Southerplayalisticcadillacmuzik, opens “Sumthin’ Wicked This Way Comes” with one of his most purposeful verses of the era: “Gangs killin’ others for colors/ Things that we wear for fashion/ Other brothers take it for a reason to be blastin’.” Busta Rhymes is on the interlude “Can I Get a Witness”, but he doesn’t rap. He’s there to describe his ideal woman, with each TLC member not-so-coincidentally matching the criteria (“I want one of them crazy women that just … be ready to rip somebody face off for her man!”). There’s also Organized Noize, who, despite pop and R&B success, have become better known for their production contributions to Southern rap luminaries like OutKast, Goodie Mob, and UGK.

Sheldon, do you think TLC would have had more success if this were entirely a pop album? Or is the hip-hop sensibility a reason for TLC being perceived as an exciting new group?

SP: Part of the edge and part of the cool comes courtesy of the rap, for me. I think that it’s fair to question how big CrazySexyCool could’ve been if it sounded more like “Waterfalls” and less like “Kick Your Game”, but even if it had produced a bigger initial splash as a full-on pop release, it wouldn’t have had the same lasting legacy, and we probably wouldn’t be talking about it right now. A huge part of what made CrazySexyCool so great was how rebellious it felt and how free it was from the traditional R&B norms that weighed the genre down anytime it tried to break ballad territory. That edginess, that swagger can’t be replaced without its ties to hip-hop. There’s something to be said for how fresh and balanced it sounded, how different it was, and how little it seemed to care about observing R&B convention. To me, that was half the appeal: It was sensual R&B with fiery hip-hop spirit.

As crazy as it sounds, CrazySexyCool was my first introduction to Andre 3000, and subsequently OutKast, and so I also owe it that debt of gratitude. His lead verse was quite a pleasant surprise upon first listen for someone unfamiliar with the soon-to-be gigantic Atlanta duo, especially on the heels of “Switch” — which is an underappreciated career highlight for Jermaine Dupri, who flipped that Jean Knight song without ruining it — and it adds an entirely new dimension to the record and the album, which is bookended with rap verses. The Left Eye verse is more spoken word poetry than rap, but it’s brilliant in its own right, even better than Andre’s cameo: “If we could all agree/ To lettin’ our souls become free/ Of that sweet bitterness/ Then whose chest would have the most seeds?/ I keep misfocusin’ my needs/ And this stress on my back/ With them caps they be blastin’ into my knapsack/ Ain’t no accidental deathtraps/ My mishap is the fact that I’m destined to snap.” She was always TLC’s trump card. You’d be hard-pressed to find a group that better weighed the sharpness of rap with the sultriness of soul or could measure out a sound that was equal parts conscious and sexy. 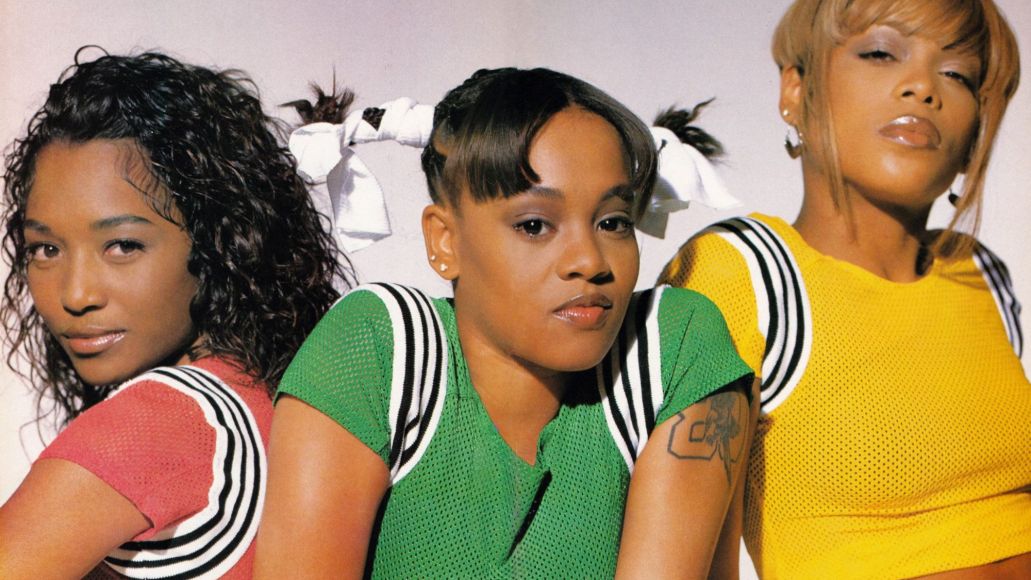 It’s funny, because Aaliyah gets a lot of credit for popularizing hip-hop soul in contemporary R&B, and rightfully so. There’s probably no Tinashe without her. But TLC perfected the style two years before she even turned that corner on One in a Million. There should probably be more talk of TLC’s role in forging the current R&B landscape, which is heavily, if not entirely, influenced by hip-hop culture now. The two genres have seemingly been grafted onto one another, and there’s something of a codependent relationship between the two. To that effect, there’s something to be said for that dynamic existing here, too, how the album’s sequencing contributes to the music’s effectiveness and how it still translates to the modern day. Pairing the steamy “Red Light Special” with the metaphorical and sexually conscious “Waterfalls” seems like a smart, deliberate choice. Despite being on separate ends of the spectrum sonically, “Kick Your Game” leading into the smooth, seductive, Babyface-produced “Diggin’ on You” is a perfect segue conceptually. CrazySexyCool feels like it was carefully curated, even now, and it leans equally on contemporary R&B and hip-hop to form a forward-thinking album that would play a role in redefining its entire genre.