Some records don’t wear their age on their face. During their nine-year run, Hüsker Dü left behind a catalog’s worth of such ageless classics. In fact, the band’s near-flawless trifecta of Zen Arcade, New Day Rising, and Flip Your Wig – all recorded between 1984 and 1985 – pretty much penned the sonic script for every guitar rock band that followed in its wake.

But even in the context of that magical run, New Day Rising was the sound of something new starting to congeal. If Zen Arcade before it made some great strides toward helping melody coexist on the same turf as hardcore, then New Day Rising marked the point where the band found the balance between coarse aggression and pop rock sweetness. On the eve of the record’s 30th anniversary, we asked No Age’s Dean Spunt, himself a proud and devout Hüsker Dü fan, to look back on the record and the experience of playing its songs live with Bob Mould himself.

Do you remember the first time you heard Hüsker Dü?

Yeah, it’s sort of tricky. I must have been in 9th or 10th grade. I was 14 or 15. A friend let me borrow Zen Arcade. That’s the straight answer. But when I listened to them more, obstensibly in my late teens, I somehow felt like I had heard them before. It was very familiar music.

Was that because they had influenced some of the stuff you were already listening to?

Well, I don’t know. It just felt like I had heard it. It was very ingrained inside me. My neighbor, when I was younger, we used to skateboard together. He was a little bit older. He made me a tape when I was in sixth or seventh grade. Every day on my way to school I’d listen to that tape; then I lost it. I’m almost positive that there were New Day Rising songs on that tape, even though I didn’t know it then. So they always felt like songs that I had known. There’s something so classic about them. 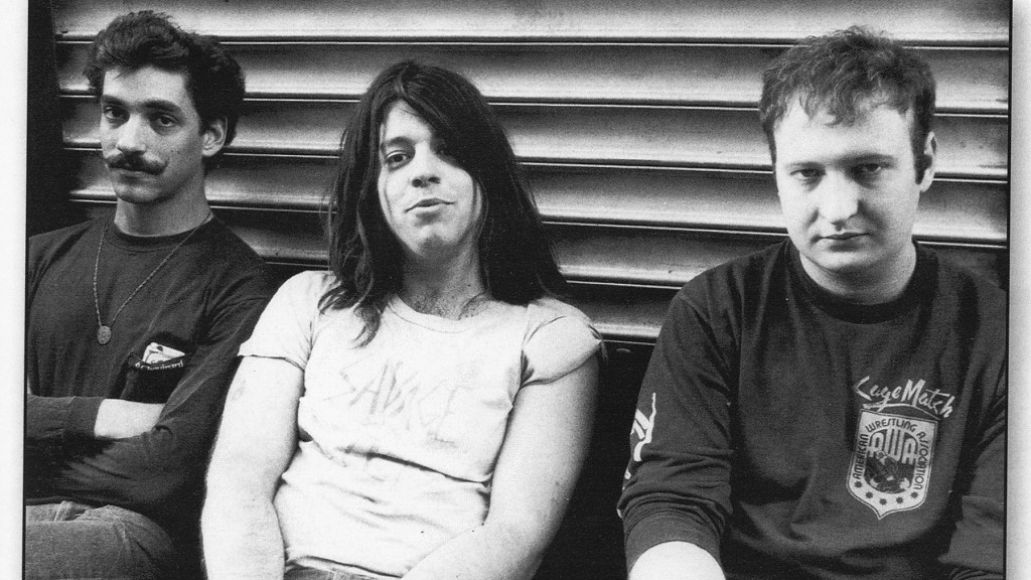 What was it about the band that you gravitated toward?

It sounded like a lot of the things I was listening to. It had that punk edge, but the songs were really sweet. They were focused inward instead of focused outward. A lot of bands were pointing a finger, but they were looking at themselves and writing songs that were personal as opposed to say Dead Kennedys or Minor Threat.

Right, there was that introspection to their lyrics.

Yeah, and then there were melodies. They were referencing ’60s pop, but they did it in a way that was really fast. I caught onto that more as I got older. You listen to it now and think, “Oh yeah, that’s catchy.”

As you get older, you hear things that you might have missed listening to them when you’re younger.

I think their whole band is like that. I don’t think I could listen to an album like Warehouse: Songs and Stories attentively as a kid the way I can now. There are just things on there that you won’t understand when you’re young. Different references and stuff.

What stands out to you about New Day Rising specifically?

It’s probably the second record of theirs that I heard. To me, it gets to the core of what they were to become. It’s the record that captures them for what they were to become known for. From side A to side B, it’s just pummeling. It’s a non-stop record. The way that [SST Records in-house producer] Spot recorded it, the guitars sound very tin can. Zen Arcade came out, and then I think New Day Rising came out a few months after that.

Yeah, they worked at a pretty furious clip during the first half of the ’80s.

I know, it’s amazing. I was really influenced by the way they did things. They wrote a bunch of songs, they toured, they wrote more, then they toured more.

It’s also one of the last records they did that kind of sounded like an SST record. It still had that rough kind of quality to it. Did that raw energy influence the stuff you guys do with No Age?

Yeah, definitely. The songwriting, too, jumped really far ahead from Zen Arcade to New Day Rising. “Celebrated Summer” is one of those classic songs. The Grant Hart songs, I think, are really special too.

He tends to get overlooked because Bob Mould is such a strong songwriter, but he has some great songs on that record.

Well, on this record, it kind of feels like his songs are more like sketches that lean more toward avant-garde ideas. “Girl Who Lives on Heaven Hill”, “Books About UFOs”, there’s just so many good songs on that record. I’m just looking at the track listing now.

Are those songs you still find yourself coming back to with some regularity?

Like we were saying before, there’s different eras of Husker Du that you go through in different times of your life. Different records are more adaptable to different situations. New Day Rising was really the record in my 20s that I really liked. I got obsessed with Warehouse, this record where the band was crumbling before your eyes. The production was kind of shoddy sometimes, either because they weren’t paying attention or the label wanted them to do certain things. But on New Day Rising, it sounded like they were falling into this groove, like they were ready to pull off three or four great records. It’s really the start of something pretty special, you know? They just blaze through the songs, it’s so crazy. There’s so much melody and so many intricate parts. With Bob’s parts, there’s so many things going on. There’s so many notes. It’s simple because there’s only a few parts in each song, but if you were to slow down the songs you’d realize how complex each part really is. We played with [Bob Mould] a few times and actually got to learn some of the songs with him.

How did you come about performing with him?

At [All Tommorrow’s Parties] in 2009, the Flaming Lips asked us to perform. They asked us to come up with some ideas for something different from just playing our songs. We just threw out the idea of, “Why don’t we do something with Bob?” He came to one of our shows on a whim, and he came on stage.  He actually said, “Let’s do “New Day Rising”. That was the first time we played with him, so when the Flaming Lips asked, we thought it would be cool to do some songs with Bob.

Is it amazing or surreal to be sitting there playing these songs you grew up on with him?

It was very sweet of him to allow us to do it, I’ll say that. Again, going back to what I was saying about feeling like I already knew the songs, it was a very special thing. I felt like I’d already been part of his music for a long time. It was very mystical. We suggested it to the Flaming Lips and then ran it by Bob, and we decided to do some songs. We did “New Day Rising” and “I Apologize”. We actually suggested that we do “Celebrated Summer”, but he was like, “Ooh, too much. There’s a lot going on there.”

When we practiced, he slowed the songs down to sort of show us the parts. We were like, “Wow, you’re doing so much.” On record, it’s so fast that you don’t really understand or hear all of the stuff that’s going on. He’s an amazing guitar player.

Did that experience of playing with Bob help deepen your appreciation for the record? Or did it help you listen to the record in a different way?

I’m not sure. I guess I understand the songs a bit more. I think playing with him allowed us to focus the magnifying glass on the songs a bit more, which is pretty nice. I guess I have a deeper appreciation for the process of that record, just how great they were at writing songs at that moment and how quick they did it. They weren’t afraid of doing anything wrong; they just wrote the songs and went in to record them. Their work ethic was pretty amazing.

What about Grant Hart and Greg Norton? Have you guys gotten the chance to spend any time with them?

Never met Greg, but we met Grant. We played on the same bill as him a couple of times and hung out. He’s a great guy. I don’t think Norton wrote any songs with them, huh? He might have gotten credit for one.

Did you ever read Bob Mould’s autobiography?

I guess according to that, the deal was because Bob and Grant wrote all the songs, Greg had to do all the driving on tour.

Yeah, that was the deal (laughs). But yeah, at that point they were just on fire writing the songs. But I will say the production is very tinny, very abrasive. The songs were written in a very pop manner, but you lose some of that in the production.

But I always liked the juxtaposition between the sort of harshness of the recording and the pop lean of the songs themselves. They walked that line particularly well on New Day Rising.

Yeah, if you ever listen to the live record or see their videos, they never stop playing. They just keep going. It’s funny, when we were playing with Bob at ATP; in between songs I would try and stop for a second and grab some water. With No Age songs, we’d take 20 or 30 seconds between songs on stage. But when we were playing with Bob, I’d go for a sip of water and he’d already be ready to go. He’d look at me like, “What are you doing?” I was like, “Oh, ok.” I thought I could stop and take a breather, but he does not do that. I appreciate that.

Yeah, right. I saw him recently when he was touring Beauty and Ruin, and even at 54 or whatever he plays within an inch of his life. There’s no quit in that guy at all.

I know. I think he’s one of those guys that just takes his instrument and makes it whole and happy. You just can’t stop him when he’s out there.

Any other final thoughts?

I’ll just say that it was a great record to revisit. It’s really the beginning of what they’re known for. When you think of Hüsker Dü, this is kind of it. It’s the raw version of them at a prime in their career. It’s definitely worth studying. I definitely have.