At the Big Ears 2015 kick-off party on Friday afternoon, Ashley Capps explained why the festival disappeared after its second year in 2010. Basically, the scheduling conflicts were too much to overcome, so 2011 was scrapped, with every intention of bringing it back the next year. Then AC Entertainment got busy. And stayed busy. 2011 and 2012 passed with no word of a return.

Then, in late 2012, Capps got a voicemail from some Knoxville higher-ups. They said they were willing to do whatever they needed to do to help make Big Ears a reality again, no strings attached — their only request was to make it “as fabulous as possible”. Capps said that got the ball rolling and eventually led to the fest’s triumphant return in 2014. This time around, they have no plans to repeat history — he said they’re already hard at work on the 2016 edition. That is excellent news, because not only is Big Ears a good thing for the city of Knoxville, it’s a good thing for adventurous music lovers everywhere. 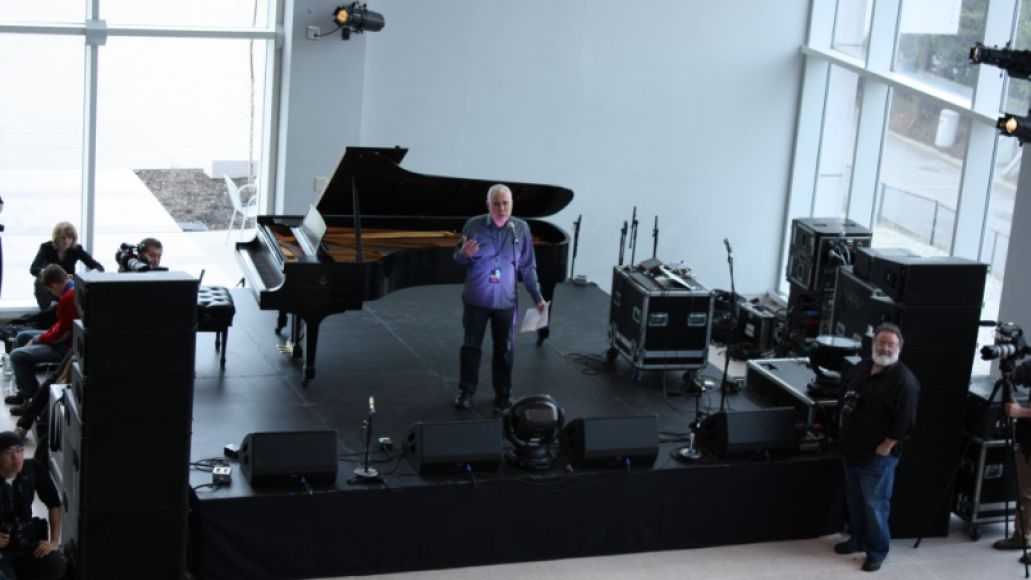 It’s rare to find a festival as experimental as Big Ears that also has the size and budget that AC Entertainment (the folks behind Bonnaroo) can bring to it. This leads to dream lineups where you can see Kronos Quartet performing with Inuit throat singer Tanya Tagaq while the legendary Terry Riley performs in the local art museum. Things like that don’t happen in cities like Knoxville, an unassuming college town in East Tennessee. They happen in big cultural centers like New York and London and Berlin. But once a year, Capps gets the culture to come meet him in his hometown at the foot of the Great Smoky Mountains.

This year’s festival was the most well-run yet. Nearly everything started on time and happened as scheduled, and there was a line of communication open via their mobile app and social media for times when that wasn’t the case. They provided a plethora of activities outside of the musical offerings — bike rentals free for passholders, a beer exchange for those of age, a special brunch, a concurrent local music festival run by the Pilot Light venue, panels featuring artists performing at the festival, film screenings, workshops, etc. The city of Knoxville was once again a fantastic host for the event, with all five venues within a 10 minute walk from each other. The Bijou and Tennessee Theatres both remain wonderful places to see a show, while the Knoxville Museum of Art and the Square Room are serviceable mainstays.

After playing around with different places for the fifth venue in previous iterations (“Big Ears Annex” in 2010, Scruffy City Hall last year), I think they’ve found a keeper in the Standard. For an event space that’s just as built for parties and receptions as it is for shows, the sound was pristine and the room was welcoming and spaced out nicely. The weather, while a bit nippy to start, got better with each day, leaving Sunday as a perfect day for strolling between venues. Late March is the perfect time for an indoor festival like this — spring is just starting to bloom so it’s nice to be outside, but still cold enough to not want to stand outside to see music. Plus it’s a nice way to ease into the real festival season, which is just around the corner. 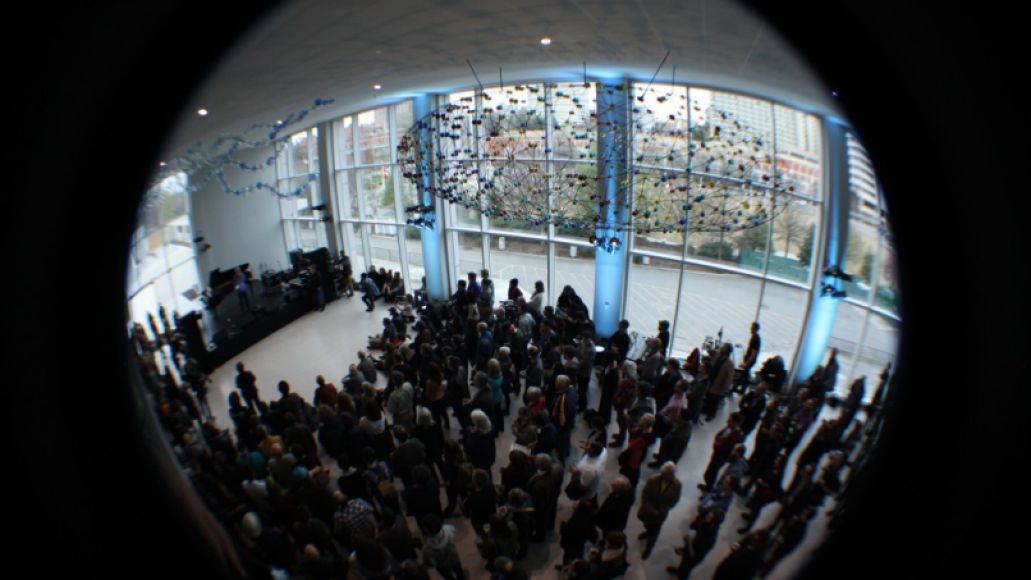 Capps has gone to great lengths to make sure he not only brings great music to his town, but that he gives back to Knoxville as much as possible. Big Ears has worked closely with the Knoxville-based Joy of Music School and the Community School of the Arts to help support arts education in the city with their “Little Ears” community outreach program. As part of the program, artwork created by their students was on display at the Tomatohead in Market Square, and the students were welcome to participate in workshops and attend rehearsals with the Kronos Quartet. They also got a private show from Silver Apples the day before the festival began at the Joy of Music school, and a couple of special students got to display their incredible talents at the kick-off party on Friday. When speaking of these kids, Capps had to pause as he choked up a bit — it was easy to see he is just as passionate about seeing these kids succeed as he is putting together the best music festival possible. “Big Ears is a chance to dream, a chance to explore,” Capps said. He’s right. And for those with experimental tastes in music and adventurous ears, Big Ears is the best music festival in the country.