We have entered a new era of Al Pacino. The first era began with The Godfather and ran all the way to Cruising. This was a Pacino who could speak loud but say just as much with a cold-blooded look. The second era was from Scarface to Righteous Kill, where we found Pacino screaming and shouting when he could just as easily have not. The third era, this era, I will define as the Mumblecino Era. His three most recent films showcase a 74-year-old Pacino playing the roles of men who could easily be 74 years old. These characters tend to get around a step slower than they used to, speaking softly and even aimlessly at times. Starting with the Philip Roth adaptation The Humbling, continuing through David Gordon Green’s Manglehorn, and now with Danny Collins, Pacino is showing a restraint he hasn’t shown in three decades.

None of these films have set the world on fire, but that’s not to say Pacino hasn’t been watchable lately (Jack and Jill is an anomaly). In writer Dan Fogelman’s directorial debut (loosely based on a true story), the seasoned actor brings to Danny Collins the cheese of an “America”-era Neil Diamond and combines it with Leonard Cohen’s soulful ruminations. His chemistry with his best friend, family, hotel staff, and a love interest bring out a playful side of Pacino not seen since Author! Author! Is this really the first comedic lead role he’s taken since Frankie and Johnny?

Singer-songwriter Danny Collins (Pacino) has become more of a showman and less of a songwriter over the past 30 years (“Danny Collins” followed by “Sold Out” flashes on a marquee in a clever sight gag). He’s the kind of artist who’s content to sway on stage every night doing the same set show after show, at least until recently. With relationship problems at home, a fading career, and a small coke/alcohol problem (I say “small” because the movie treats it as such), he is given a birthday present by his longtime friend and manager Frank (a very funny Christopher Plummer). It’s a framed document from the early ‘70s that Danny never knew existed: a letter addressed to him from John Lennon. In it, Lennon offers Danny advice and wishes to meet with him. This sends Danny on a quest for redemption, but his journey is never an easy one.

There are two main plot points from here on out. The first follows Danny’s stay at a Hilton in New Jersey, where he plays matchmaker for a valet attendant and front desk clerk (Whiplash’s Melissa Benoist) and flirts with and ultimately befriends hotel manager Mary (Annette Bening). The second features Danny trying to connect with a son (Bobby Cannavale) and daughter-in-law (Jennifer Garner) whom he has never met and who have a child with ADD. While these stories appear pedestrian on the page, the cast bounces so well off one another that many of the familiar beats are forgivable (the less said about Danny’s young, gold-digging fiance back home, the better).

Appropriately enough, Lennon’s songs soundtrack the film, though at times their appearances are a bit too on the nose. After an unfulfilling show, “Working Class Hero” plays during a drive home. Someone has a bender? Here comes “Cold Turkey”. Danny gets some unexpected bad news, and we’re treated to “Nobody Told Me”. The good news is that these are great songs. As for the ballad Danny is writing throughout the film, thank modern-day troubadour Ryan Adams, who is not only credited for the tune but as co-composer of the film’s score.

Danny Collins is slightly slight, but it’s so competent and sure of itself that it’s impossible to dislike. When the film threatens to take a dive during its second act (no spoilers), the plot twist is made good thanks to sweet performances from the trio of Pacino, Cannavale, and Garner. Even a somewhat predictable relationship between Danny and Mary has a palatable resolution, and that’s what this movie’s about. Fogelman’s debut isn’t perfect, nor is the life of the film’s title character. Fortunately, being good can be good enough.

By the way, Danny’s fake classic hit, “Hey Baby Doll”, will be in my head for a week. 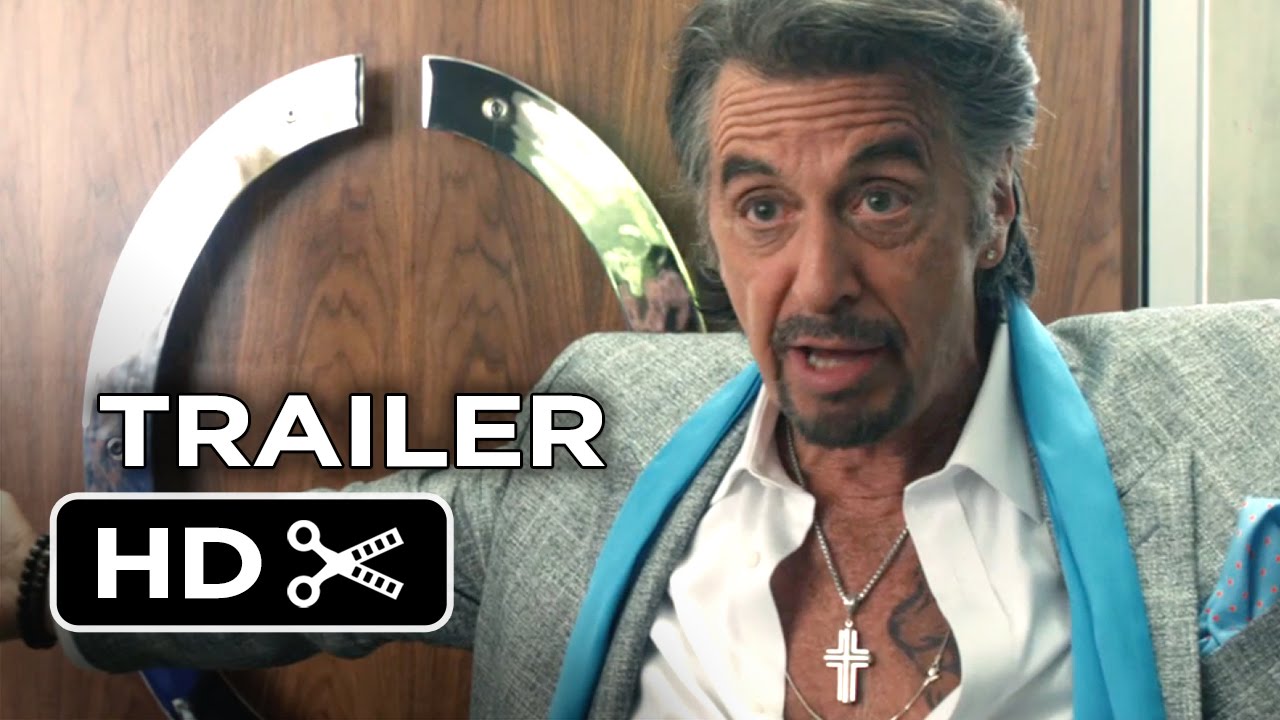