And to think, everybody was hot and bothered over the very existence of dominance and submission last month. Mothers literally got into fights in theaters over the steamy subject, but what did it have to say about how people engage in the physical act of love? What are the emotional and intellectual costs?

Surely there are ways of discussing irregular sexuality with genuine interest and engagement, right? Can a film in this day and age present sex with curiosity, perversity, and even a little romance? Well, The Duke of Burgundy gets mighty close. Perhaps a more specific question: Where will you see the purchase of a trunk as compensation for when a couple can’t afford a bondage bed that doesn’t create nervous laughter or Chuck Lorre-sitcom hooting and hollering? It’s a feat, but Peter Strickland seems up to the task.

A comely British production, here’s an intimate experience that benefits from passion as well as honesty. This isn’t a show romance; it’s a dominant-submissive relationship, straight out of the past, made with a modern wisdom and understanding. It may not enrapture the heart, but it captures the mind, and best of all, defies expectation. Just look at these two carry on and consummate.

Beginning with what we assume is a wealthy women in her home, and her cleaning woman, we meet the terse, demanding Cynthia (Danish actress Sidse Babett Knudsen) sitting in her habitat. It’s a quaint, totally photogenic house, practically out of a high-end ‘60s European home furnishings catalogue. Cynthia’s rigid, poised, telling her cleaning woman, the young, sheepish Evelyn (Chiara D’Anna) what to do. Evelyn cleans, nervous that she’ll slip, or be reprimanded at any moment. The insane amount of tension is chafe inducing.

Yet, these formal introductions are a mere facade. We quickly realize that this is an exercise in highly rehearsed dominance and subservience. Cynthia and Evelyn are entomologists, and they’re in a high-concept game of rules and discipline. Cynthia is actually quite plain and soft. She’s putting on a coarse act at Evelyn’s request. Evelyn wants intricate eroticism, to be controlled by Cynthia. And that’s The Duke of Burgundy’s schema. It’s about the emotional investments these two women make in each other and how their common interests challenge them, but more importantly, how their differing views of intimacy unite them. Cynthia and Evelyn actually talk to each other, turn each other on, even withhold from each other. They’re thinking, feeling women trying to figure out the boundaries of their relationship in a fair and constructive fashion.

It may be headier than what people want in their sexpot fare, a little more clinical than usual. Yet, there’s no denying Duke of Burgundy’s deep consideration and patience.

The film has a fetish for soft macro-photography — dual-layered film and lens trickery from a previous era. When was the last time you saw a movie this analogue or organic? Like photography out of a ’70s art nude magazine. And yet, there’s no nudity. There’s soft, glowing light against dark private spaces. Voyeuristic peephole and window photography that gets closer as the relationship intensifies. Abstract images of faces in ecstasy as the two women have sex. There’s even a healthy dose of up-close insect photography. You know, to reiterate thematic cocooning and blooming. It’s clearly the work of someone in love with romantic, minor details that come with intimacy (specifically stuff out of the late ‘60s and early ‘70s).

All the details, from the old transparency projectors to the Pino Donaggio-like score of soft moans to every grainy shot, compliment Duke of Burgundy’s boutique quality. Like, has there ever been movie credits for perfume and lingerie? There are here. While Duke of Burgundy can be easily passed off as artistic homage, it gets to something deeper and sexier in relationships. Best of all, there’s no trivializing and coy use of terms like, oh, “playroom,” for what Cynthia and Evelyn get to in the bedroom. They have sex. Complicated, good, exciting sex. This film seems to be here to say it’s okay to see sex and say it. And that’s what makes The Duke of Burgundy worth a peek. 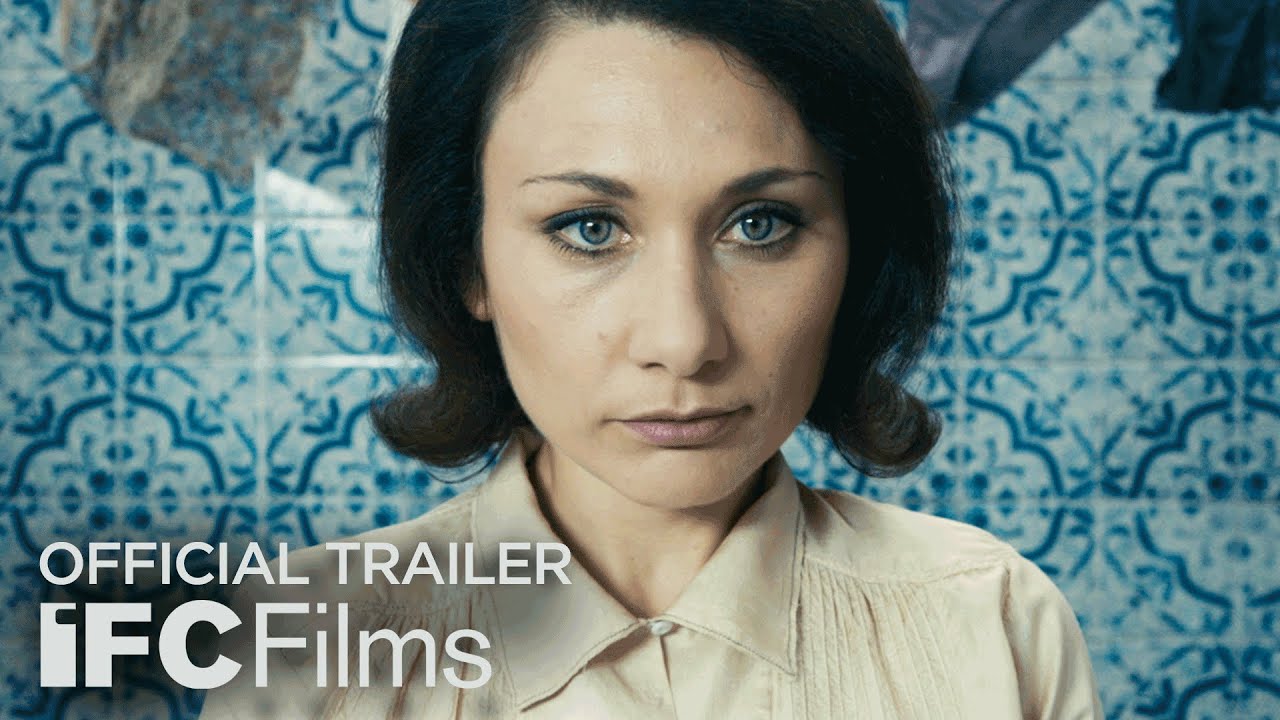 Film Review: The Duke of Burgundy