When these two bands released what would end up being their most enduring albums on the same day in 1995, who knew we’d still be talking about them 20 years later. This is one of those Vs. where you wonder if anybody really wins other than our former tween and middle school selves who played these records to death way back when.

Collin Brennan (CB): Some anniversaries have a way of creeping up on the music-listening public, but this one feels just about right. Roughly 20 years ago, Georgia-based rock outfit Collective Soul released its self-titled second album, a triple platinum juggernaut that produced five singles and paved the way for — well, what exactly?

If we’re talking about historical context, you could argue that Collective Soul bridged the gap between the grunge of the early ‘90s and the mainstream alt rock that would go on to dominate the decade’s second half. Even on a song-to-song basis, the band seems to have been wedged uncomfortably between two eras. Their fondness for drop-D tuning often clashed with the soaring melodies of Ed Roland’s vocals, as one cringe-inducing listen back to “Shine” will confirm. I hesitate to throw around the term “butt rock” lightly, but Collective Soul might actually play the role of doula in that term’s origin story.

Time and distance haven’t been much more forgiving to the Goo Goo Dolls, who are also celebrating an anniversary this year. 1995’s A Boy Named Goo launched the Buffalo band into the mainstream, transforming John Rzeznik from a Paul Westerberg wannabe into a pop-rock heartthrob overnight. That album’s acoustic-tinged lead single, “Name”, may well mark the point at which the Goos stopped comparing themselves to The Replacements and started feeling comfortable among their contemporaries.

And that’s where this argument begins: 20 years later, which album stands the test of time? Which band has done a better job of not embarrassing themselves in the ensuing decades? I’ll open the conversation up to you guys, with one caveat: let’s not make everything about “Iris”. 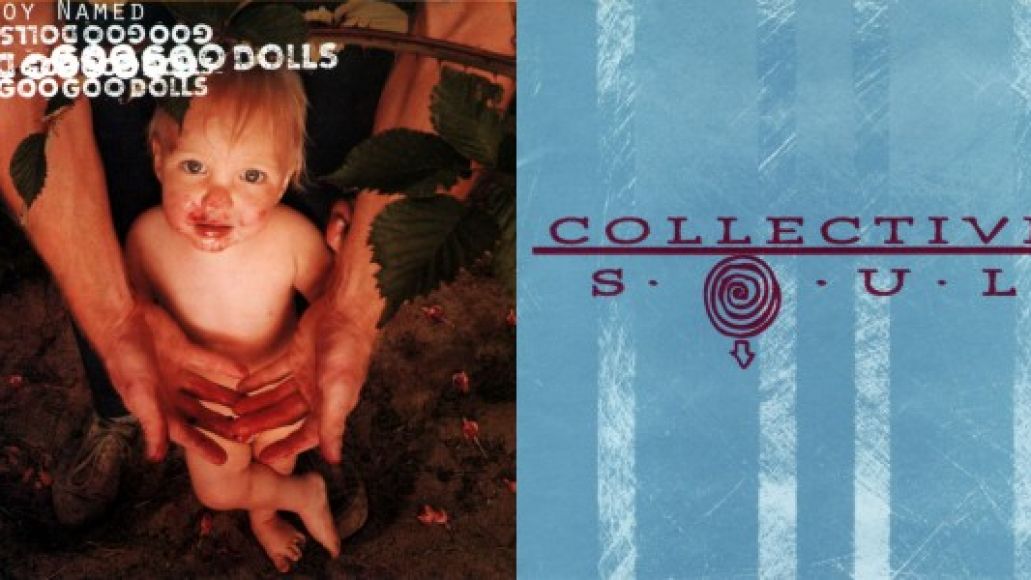 Dan Bogosian (DB): Well, since “Iris” — nah, just kidding. Both have had a moment in the sun as a nostalgia act, as have many other bands who hit their peak on the radio in 1995. A Boy Named Goo will always be an elementary school album to me; it seemed inescapable at the time. I didn’t grow on Collective Soul until much later when their time at the top had already passed. For me, that gives the funk Collective Soul brothers a slight edge, but I know I might be in the minority given how they bridged the gap between the beautiful art of grunge and the trash of cock rock.

Claire Sevigny (CS): I find these two bands a fitting match for each other. Both have continued to produce albums, though neither receives much airtime these days unless it’s on a (gasp) “Classic Rock” or (double gasp) “Easy Listening” station. This isn’t surprising, since the increasing corporatization of radio stations, perfectly lampooned in the 1994 film “Airheads”, has lead to a homogenization of radio hits, making it hard for even successful bands to shill new wares.

This meant that neither band made it out of the grunge era unscathed. With the pop backlash of the early 2000s, rock seemed to be placed on the back burner, and any notable rock band from the aughts was a watered-down, cookie-cutter version of the earlier heavy-hitting bands of the ’90s. Goo Goo Dolls went the way of soundtrack notoriety (Sorry. Collin, I had to bring up “Iris”.), and until today I was unaware Collective Soul was still a collectively functioning entity.

DB: Goo Goo Dolls might be remembered as the soundtrack band with either distaste or reverence, but Collective Soul’s “December” is one of the first songs every teenager at Guitar Center pulls out to show they’ve taken three lessons (along with “Smoke on the Water”, “Fat Lip”, and “Smells Like Teen Spirit”). That’s not necessarily a bad thing — I’ve got some positive memories jamming out as I screw up an arpeggio — but if I’m going to debate manly rock guitar lessons versus nostalgic soundtracks, we should probably look closer at what else they did.

I have more respect for the Goo Goo Dolls because of their punk origins: they started out trying to carry a worthwhile torch, and even the downplayed nostalgia isn’t really their fault. A Boy Named Goo and its sequel, Dizzy Up the Girl, may have been albums so inescapable my Dad knows the words to “Slide”, but that doesn’t make them actually bad. In fact, given that 1995 was also the year Ace of Base hit the top 40, I’m grateful for the Goo. Overall, like Natalie Imbruglia, I’m torn.

CS: One thing I will say about both of these bands is kudos to them for continuing to make music and not just giving in to the void of obscurity so many formerly famous bands have fallen into. If you visit Collective Soul’s site, you can tell that they are still excited about their chosen career path. Collin, what’s your preference? 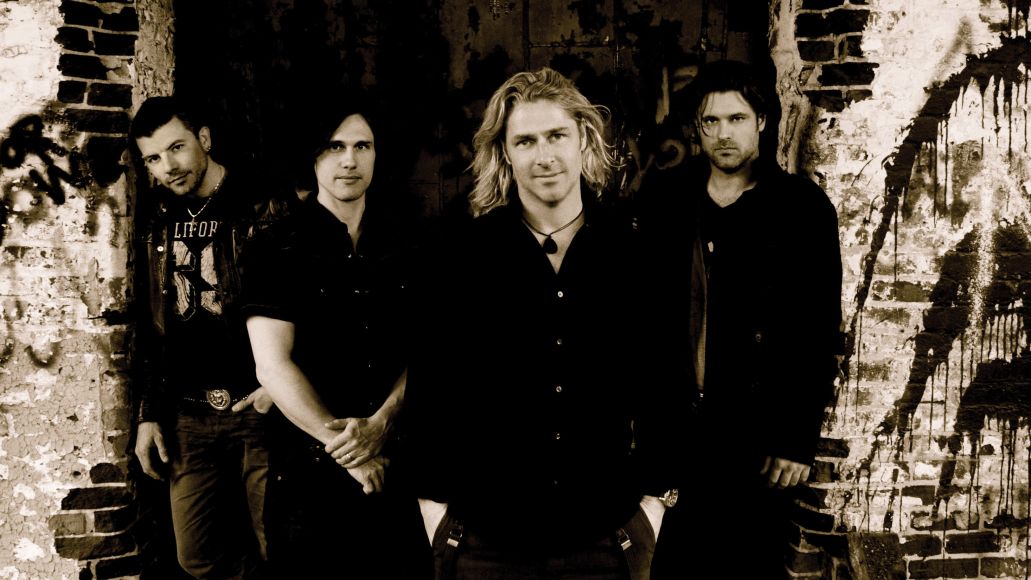 CB: I’m driving the bandwagon for Team Goo, a sentence I never thought I’d write and one I would have been horrified to read in any context circa 1998. But everything in music criticism is subjective and subject to change, and the Goo Goo Dolls are, at the very least, unprecedentedly bizarre. Seriously: I don’t think there has ever been anything quite like this band in modern pop music. Go back to 1989’s Jed, and you’ll find a snarling, sloppy punk band that shared stages in Buffalo with hardcore legends Gang Green and Dag Nasty. 1993’s Superstar Car Wash took some heat for being derivative of The Replacements, but the dirty secret nobody talks about is how favorably that record compares to All Shook Down.

Of course, nobody thinks of the Goo Goo Dolls as the righteous heirs to The Replacements anymore, and that owes a lot to 1995 and A Boy Named Goo. It’s not a bad record by any stretch of the imagination, though parts of it do sound dated. I’m just stunned that it’s the same band. The easy thing to do would be to say these guys sold out and be done with it, but that’s overly simplistic and anyway, I’m more interested in the psychology. What leads a band to do a complete 180 in ethos and style and then maintain that new course for a full 20 years? If this was just about money, don’t you think they would have packed it in once they got fat off “Iris” royalties? There’s a narrative here and one that I think is worth exploring. Meanwhile, in the other corner, you have Collective Soul, who came across as douchebags on Season 1 and never really changed their schtick. I have nothing interesting to say about them, other than to blame them for inadvertently spawning nu metal.

CS: Oof — “spawning nu metal”? Way harsh, Collin. I don’t think either band wins. They both lost their claim to relevance. The fact that they are both still together is a feat in and of itself, since so many bands never really survived beyond the ‘90s (The Smashing Pumpkins broke up in 2000 and Soundgarden broke up in 1997, though both of those bands have since made an effort to return). When compared to prolific song machines like Pearl Jam and Foo Fighters, the accomplishments of Goo Goo Dolls and Collective Soul pale. 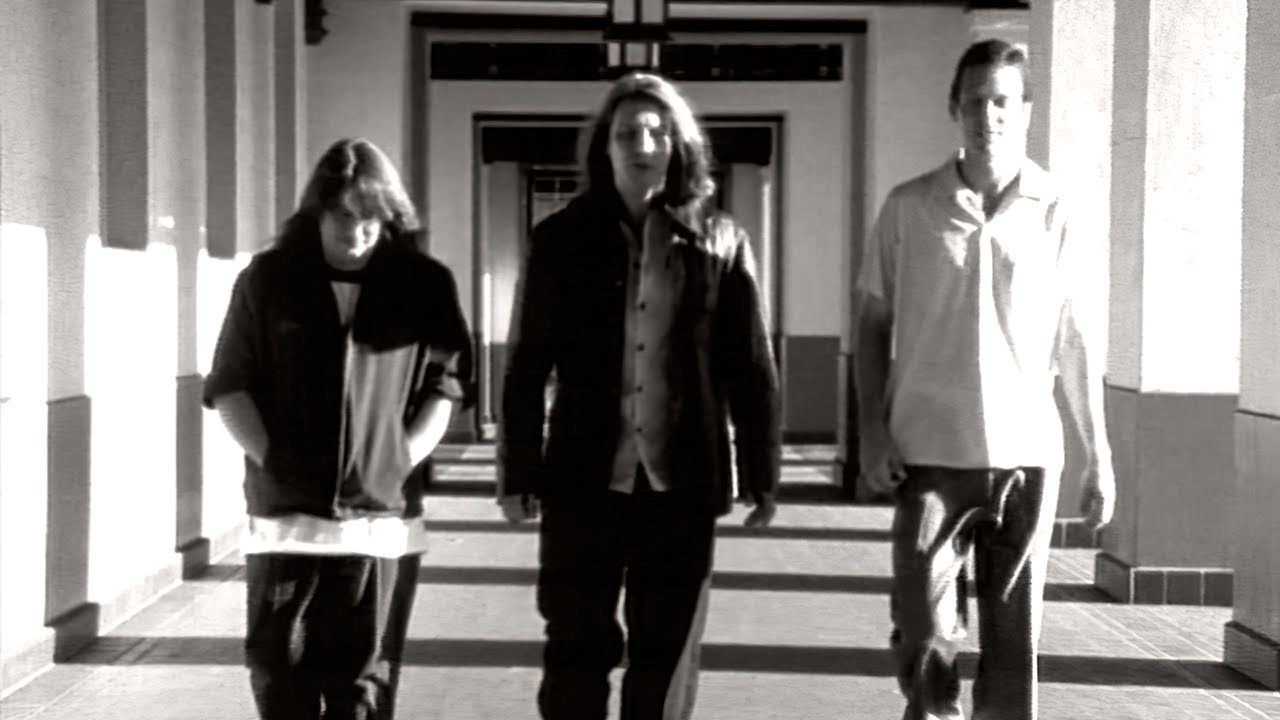 DB: In the end, I’m going with the Goo Goo Dolls. Collective Soul have their moments, and had they churned out another five or so hits, they could’ve been one of the post-grunge bands admired for their melodicism, like those Claire mentioned. Instead, they’re panned for their ’90s-ness. Goo Goo Dolls may fall short of that same measuring stick, but because of their punk beginnings — and for that matter, their gradual evolution — I think they deserve some props. And I can knock “Iris” all you want, but that’s pretending I don’t know all the lyrics to it. And “Slide”? I’d still do everything you ever dreamed to be complete.

CB: As would I, if you catch me in the right mood. It’s a fun exercise in perspective to revisit these two bands, both of which have spent the past 20 years watching their reputations devolve into fodder for punchlines. We’re in the midst of a tidal wave of ’90s nostalgia right now, and maybe that’s why bands like the Pumpkins and Soundgarden still manage to wedge their way back into the national conversation. But even nostalgia has its limits.

There’s something almost crass about the Goo Goo Dolls and Collective Soul, as if both groups willfully molded themselves into something inauthentic for a quick — though, in hindsight, obviously fleeting — taste of pop success. It’s the classic Faustian bargain, and the result is that we generally only talk about both bands in the past tense, even though they’re both still active, as Claire noted. It will be interesting to see, as the collective nostalgia evolves in the coming years, what their legacies will end up being. In some ways, 20 years seems like an eternity, but perhaps we’ll revisit this conversation with new perspectives a decade from now, when the dust of the ‘90s has finally settled.