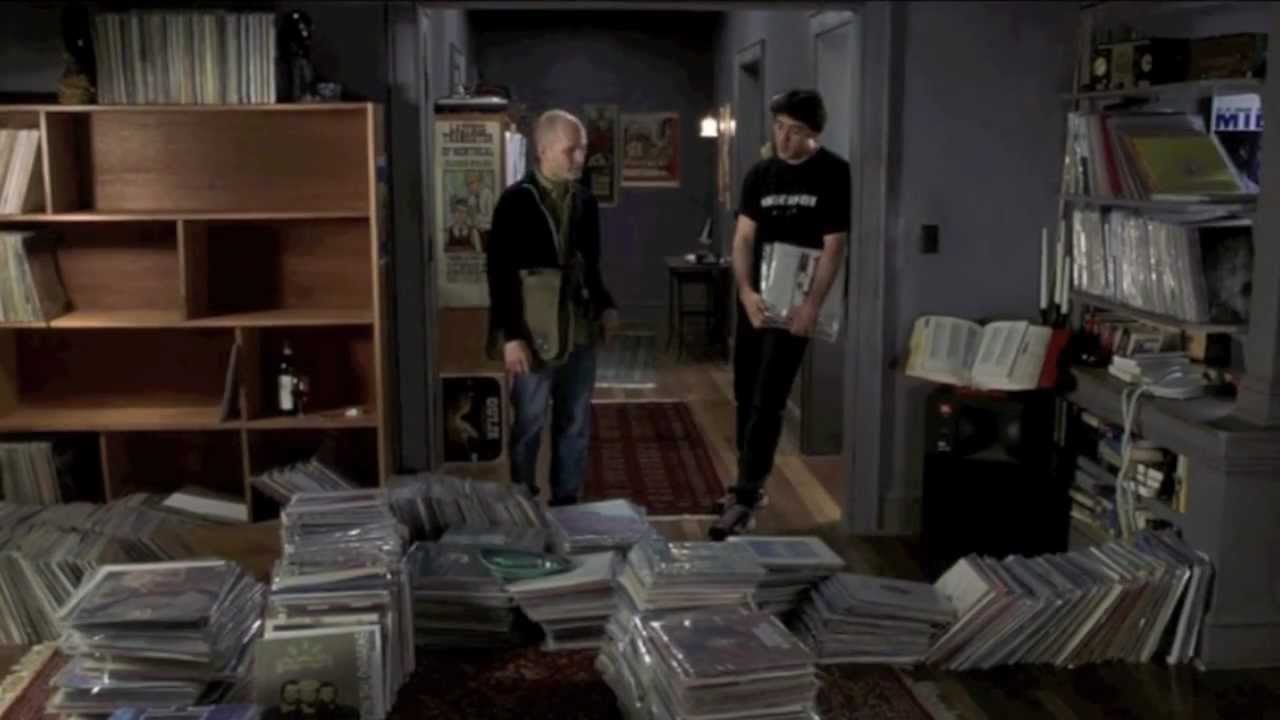 One of Rob’s big takeaways from his deep dive into past relationships — particularly the one with Laura — is that he’s stuck on fantasies. The panties are always redder and silkier in the next girl’s apartment, and toward the end of the film, even after he and Laura have patched things up, he nearly falls for the pretty, young alt-weekly columnist who asks him to make a mixtape. She’s got cotton underwear and annoying habits, too, and if Rob leaves Laura, it’s not like he’ll be entering into some dream world of nonstop tantric sex and Pavement/Beefheart/Beta Band listening.

“Should I bolt every time I get that feeling in my gut when I meet someone new?” he asks himself. “Well, I’ve been listening to my gut since I was 14 years old, and frankly speaking, I’ve come to the conclusion that my guts have shit for brains.”

He presumably learns his lesson, since the last mixtape we see him making is one for Laura. This is what constitutes emotional growth in Rob’s world, and even the great Stevie Wonder gets a reappraisal, as the tape includes “I Believe (When I Fall in Love It Will Be Forever)”.

Just as Rob organizes his records “autobiographically,” choosing to remember certain things about, say, Fleetwood Mac’s 1975 self-titled album (he didn’t give it to someone for personal reasons in the fall of ‘83), he constructs a narrative of his romantic adventures that has him playing the perpetual victim. It’s a story he can live with, but it’s not entirely accurate. It turns out he dumped his high school girlfriend, Penny, since she wasn’t ready for sex, and he dodged major bullets with two others: “awful” Charlie and damaged Sarah, who Lili Taylor plays like a grown-up version of her Say Anything character. He needlessly carries the hurt because it makes him feel better, and that’s not healthy.

In the case of Laura, he’s been kind of a “fucking asshole,” as Cusack’s real-life sister Joan tells him. Funny he doesn’t mention that when he first starts moaning about Laura’s leaving. It’s a survival mechanism, his self-deception, but it’s also an impediment to moving forward and becoming a better person. Maybe that’s why Bruce Springsteen tells him to go on his “what does it all mean?” journey that frames the movie. He needs to learn he’s been lying to himself. Thanks, Boss.