Years before solidifying the booty-bass sound alongside Claude VonStroke, Justin Martin, Kill Frenzy, and the rest of his Dirtybird family, Worthy’s ear was being shaped by Washington, D.C.’s hardcore sounds. Later, the producer would discover the early rave community and dive into the energy of Chicago house and Detroit techno, establishing a rich bank of material that has kept him in demand as new styles have plateaued and then faded into the shadows. A genre-bending mentor, his forthcoming remix LP features the likes of Yolanda Be Cool, Nick Monaco, and Thugucker. Want to hear what’s about to get hips gyrating come summer? Be sure to keep a regular check on this dude’s “booty future house.”

Worthy spoke with CoS about the winding path to his current sound and whether genre still matters in 2015. 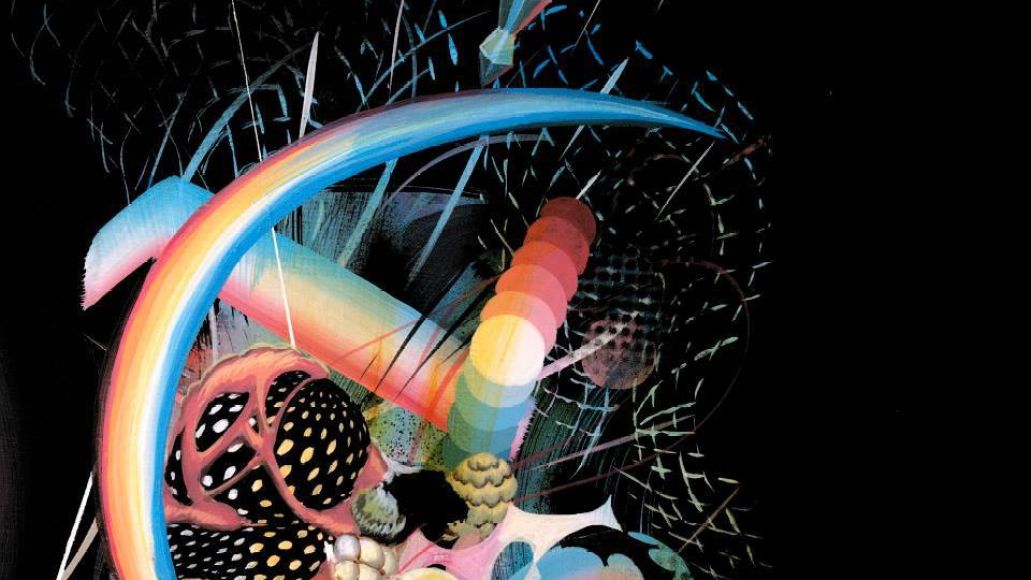 What is the Worthy musical timeline? What were the childhood drive-time jams? What kept you grooving through your teens? When did you first discover electronic music? Do you come from a band background, or did you just dive right into producing?

I grew up outside of Washington, D.C., so I got really into the D.C. punk and hardcore scene. I was inspired by bands like Minor Threat and Fugazi and Damnation AD. At that time, I got into playing in a couple of bands. I played the bass, guitar, and drums with a group of close friends who were all equally into music. I was also doing some early producing on a four-track at home where I was playing all the instruments. I discovered electronic music in ’97 when I went to NYC for college, and then it was over. I just fell in love with it on so many different levels. I was into everything — drum and bass, house, techno, and trance. It felt like electronic music was the thing I was searching for for so long. So I started buying records with what money I had and started DJing heavily, and then I got into producing music shortly thereafter.

Do you feel an understanding of early house and techno, or at least some listens to Derrick May, Derrick Carter, Kevin Saunderson, etc., is a prerequisite to truly understanding the culture of EDM? Is it more important for producers/DJs versus fans?

I definitely feel like I have a decent understanding of the roots of electronic music and house music. I have seen all of the legendary Chicago and Detroit guys play at least once if not multiple times. I have searched out a deeper understanding of these artists by exploring documentaries and books — to know what came before them like Kraftwerk, and even further back to John Cage. I don’t think someone has to know about the legends, but I feel like a real producer or musician will want to search out those roots and understand what they are standing on top of and what the foundations are.

Required listening for all those entering bass-driven music?

Solid Groove – “This Is Sick” or any old switch record, Tiga – “Pleasure from the Bass”, The Martin Brothers – “Stoopit”, [and] Jesse Rose – “A Sided”.

Both you and Barclay Crenshaw (aka Claude VonStroke) share a history in drum and bass. How has that sound affected the Dirtybird “booty-bass” aesthetic, if at all?

I think you hear it in the 808 sounds that were used a lot in the early Dirtybird records and still today. You also hear the influence in a lot of the grime-y sounds that were used on those records, too. There was not much of that in house music before when DB was starting off. I think we all loved those sounds and wanted to hear them on those kind of records.

How has the DB sound evolved since the first Bay Area BBQs?

Honestly, I think the sound has kept its same vibe for the most part. In the beginning, it was maybe a little bit more straight house music than it is today, but for the most part it is just fun party music that tries to get you at your core.

There’s so much debate about the importance of genre tags in 2015. What do you feel is their continued relevance? How is this different for producers/DJs versus the average fan?

I think you have to have genre tags. There are so many different types of music out there, and some can definitely be classed together. I think the problem comes when there are too many subgenre tags. Then it just becomes a bit lost and sub-divided. For average fans, it’s important so they can discover certain sounds and find other like-sounding artists. I think it is good for DJs too, in order to be able to find new music to play and be inspired by. 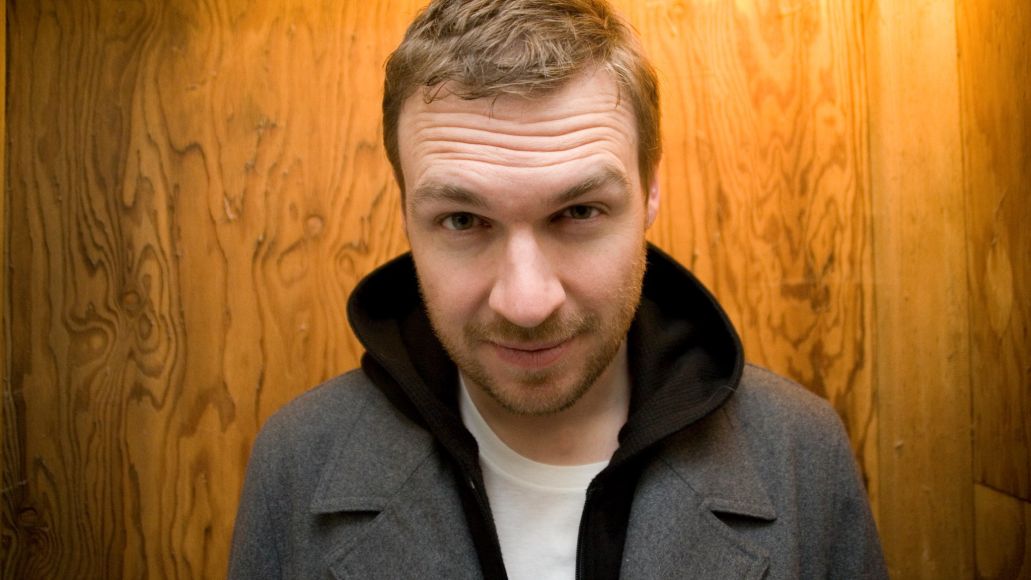 What were some of the major influences behind your debut LP? What took you so long to complete it — about 10 years after you entered the “scene”?

I find that I pulled a lot from the sounds I heard over the last 15-plus years in electronic music. I feel there is a definite nostalgic element to a lot of the sounds I used on it. During that time, I was looking back to a lot of older music I had heard, and it influenced me greatly. I was also hearing a lot of those sounds around then in other artists I was listening to, like SBTRKT and Panda Bear.

It took me so long to do an album because I was always doing EPs and trying to make club tracks, and I did not really feel I wanted to do one for the first part of my career. I am happy I waited as long as I did, because musically I feel like it was the right time for me. I don’t think I had the chops before to write really intricate songs when I first started and what I think you need to have on an album … until now.

What is the vibe of Anabatic? What type of sounds and artists are you looking to incubate with this imprint? What releases are on the horizon?

Anabatic is in its roots a house music label. We have really been concentrating on curating a more bass-heavy sound on the label, where the bass tones really shake the subs and get you in the gut. That is the sound we have been loving lately. But we allow experimentation within it for deeper and different tracks to come out on the label, too. We have a couple of really great releases on the way. We have a new group of guys from Sydney we just picked up, Nytron from Brazil, and we will be working with the likes of ADMN and Eyes Everywhere to help develop their sound some more this year too.

With the second part of the remix album coming up, what artists will you be featuring?

I just wanted everyone that I asked to take what I created and twist it into their own sound. I really trusted every single artist to create something unique from what I gave them. And everyone came back with something that is great and has taken my vibe and put their sound into it. The great thing is that there is a lot of diversity that came back with the remixes to make both comps a great listening experience.

What are some of the genres that will define the sound of 2015?

I don’t really see any new types of genres popping up, like a trap or a dubstep this year and taking over. I feel like there is going to be a lot of growth in house and deep house as more of these kids who got into electronic music since the start of this explosion start searching out new sounds and finding more of the roots of electronic music.

I hope so. I was not personally really going to those kinds of shows and watching people dance or not dance. Where I have been, people are always getting down and getting lost in the music. So I think, as I was saying in the previous question, that more people will find the music that takes them on more of a journey where they can’t help but dance instead of watch.

What do you have planned for the next few months?

I have remixes coming out for the Stanton Warriors as well as the M Machine soon. I just got out of the studio with Sinden where we are finishing up two tracks. I also have plans to get into the studio with Yolanda Be Cool, and also have collaboration tracks with two newer Anabatic guys, ADMN and Nytron, as well. I am also working on finishing up a couple of tracks of my own for some new EPs, one on Anabatic right after the remixes come out.

So, what’s the most significant genre within EDM in 2015? Whatever keeps you grooving! Just remember to keep those ears open. Next week on The Drop, Steve Vaynshtok explores the analog depths of synthesizer music with an exclusive interview with Steve Moore.