It’s hard to believe we’re already on Boston Calling’s fifth edition. The last half decade has seen an exponential growth in the festival scene and, up until the festival’s premiere two years ago, it seemed silly that a big music and college town like Boston had yet to venture into that field. Despite plenty of competition in the northeast with big festivals like Governors Ball and Firefly coming into their own, Boston Calling has managed to carve out its own niche. While it may never book a big marquee headliner like Paul McCartney or Outkast, Boston Calling has consistently provided its own take on the current music landscape.

It is worth noting that Boston Calling is still trying to solidify its identity, both musically and physically. The awkward layout of Government Center still doesn’t provide enough shade or seating for a warmer day like yesterday. There was some astroturf set up, but it was always too crowded and situated in the area where you could feel the sun’s rays beating down on your brow. It was an odd situation: While the crowd never felt too big, everything did feel a bit too small, and that’s a problem because there really is no room for expansion. 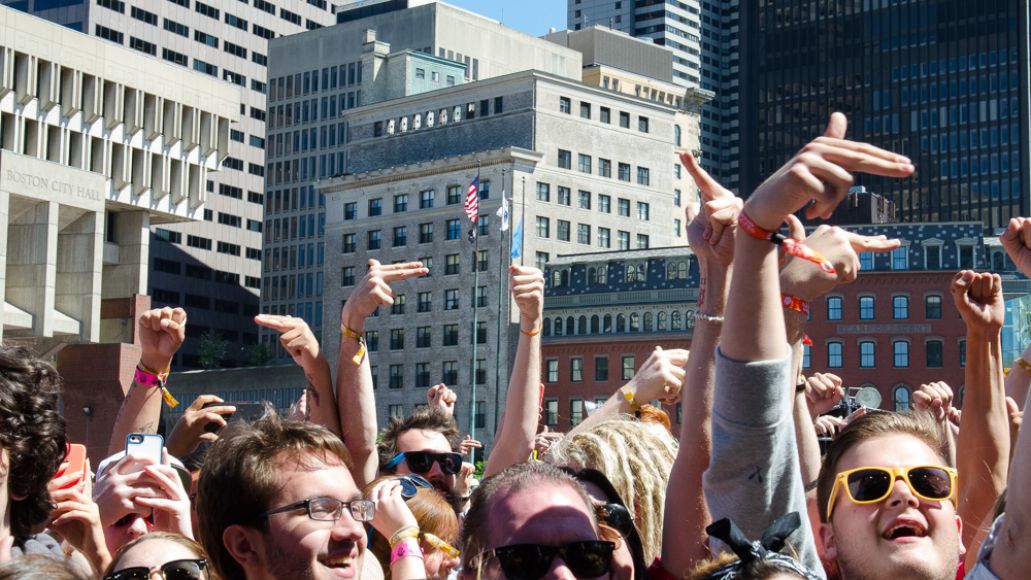 However, to Boston Calling’s credit, everything seemed to run smoothly. Acts that dropped out were quickly replaced and, during the festival proper, every band was on time and eager to play. As always, the crowd was friendly and very relaxed. That’s something that I love about Boston Calling: For the most part, it has a calm and positive atmosphere. There was no need to worry about schedule conflicts — thanks to the two stages set up, you could find a seat, grab a beer and see every act without moving the entire day. Considering this spring’s lineup, that wasn’t a bad idea.

For the most part, the ’90s ruled the headliner slots in the form of Beck and Pixies, but nostalgia seemed to be a secondary thought. Beck is still constantly reinventing himself and Morning Phase, his latest album, could be his most successful since Guero. While Pixies played a set that relied heavily on older material, their massive influence on rock ensures that their older stuff still sounds modern and relevant. My Morning Jacket rounded out the trio with a rousing set, solidifying themselves as future headliners of much bigger festivals. 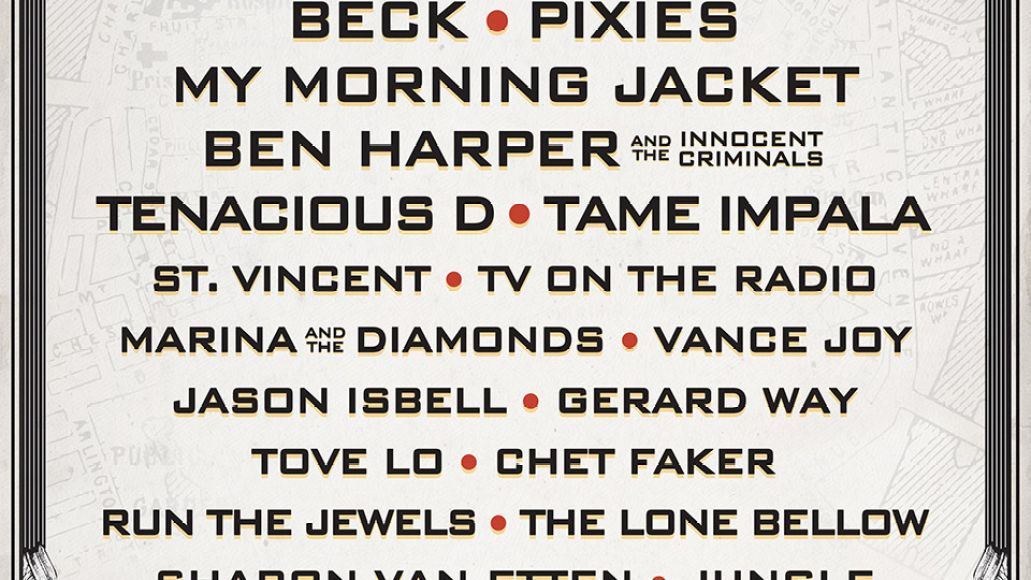 While the festival was still dominated by indie rock and folk, it did branch out a bit this year. It should be noted that Jungle and Chet Faker, two great acts that would have broken the mold, unfortunately had to drop out. Their replacements were either simply not up to par (ILoveMakonnen) or too similar to the rest of the line-up to stand out (Lucius). However, we still got a dose of psych rock (Tame Impala), experimental indie (St. Vincent and TV on the Radio), local acts (Krill and Ballroom Thieves), powerful pop (MO and Marina and the Diamonds), hip-hop (Run the Jewels), country (Jason Isbell), and comedy (Tenacious D). While a good chunk of the overall lineup may have fallen under the broader category of indie (or the even broader category of “dude playing a guitar”), there was a good sense that the fest at least tried to provide some variety.

That said, I was a little disappointed when Boston Calling announced the lineup for the upcoming fall festival before Pixies hit the stage. For better or for worse, they seem to be sticking with what they know. It could end up being their most popular lineup yet. I suppose when you know your audience, there’s no need to impress a critic like me. Over the course of the weekend, I rarely saw anyone without a smile. There was at least one act for everyone, and most seemed appreciative of the immense amount of talent that was brought together over the past three days. Most of these acts proved themselves to be some of the very best of modern music.