It’s been just a little over a year since Future Islands took the Late Show by storm. The performance not only served as a breakthrough moment of sorts for the Baltimore band, but has quickly become one of the most famous, #viral clips in Letterman’s 33 years on the air. Now, Future Islands are offering one lucky fan the opportunity to own a piece from that historic night.

All proceeds will benefit the Baltimore Community Foundation’s Fund For Rebuilding Baltimore, and Future Islands promise to match the money raised up to $5,000. At the time of writing this, the bid had already reached $1725. Below, find the full eBay listing and pictures of the cue cards and sneaks:

— Sam Herring’s shoes worn on The Late Show with David Letterman on Tuesday, April 28, 2015. He laced them up and wore them for the first time for that performance. They are leather Converse high tops, size 11. He is currently still wearing these shoes, and when the auction is over, they will be packed up and shipped off.

— The actual cue cards that Mr. Letterman used to introduce the band before this performance.

— An autographed art print of the On the Water album art, signed by the band + artist Elena Johnston. The print is from an edition of 50. (Full disclosure: Sam’s cat jumped on the poster when he signed it, so there’s a slight crease on the print towards the bottom, but not very noticeable.) 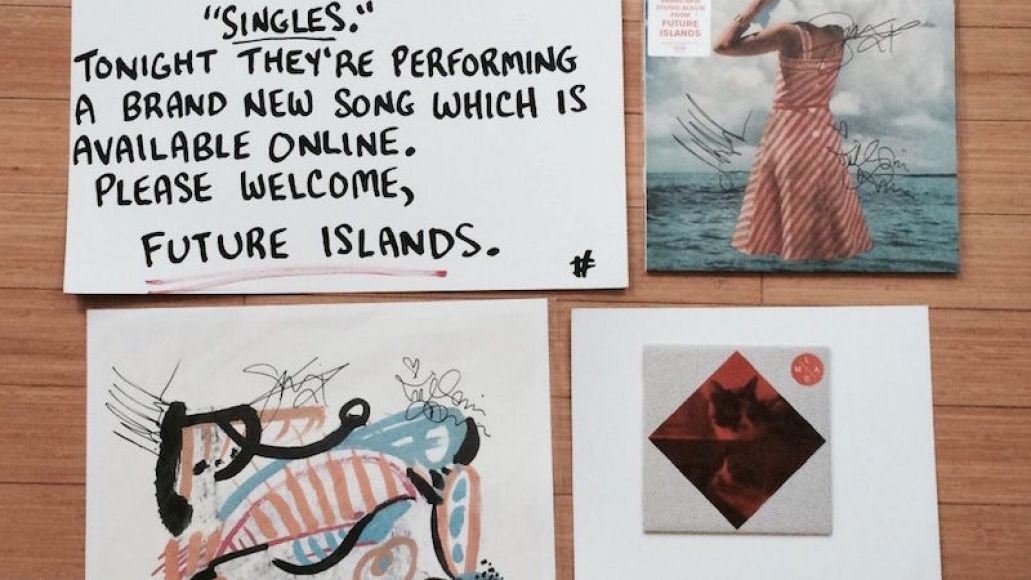 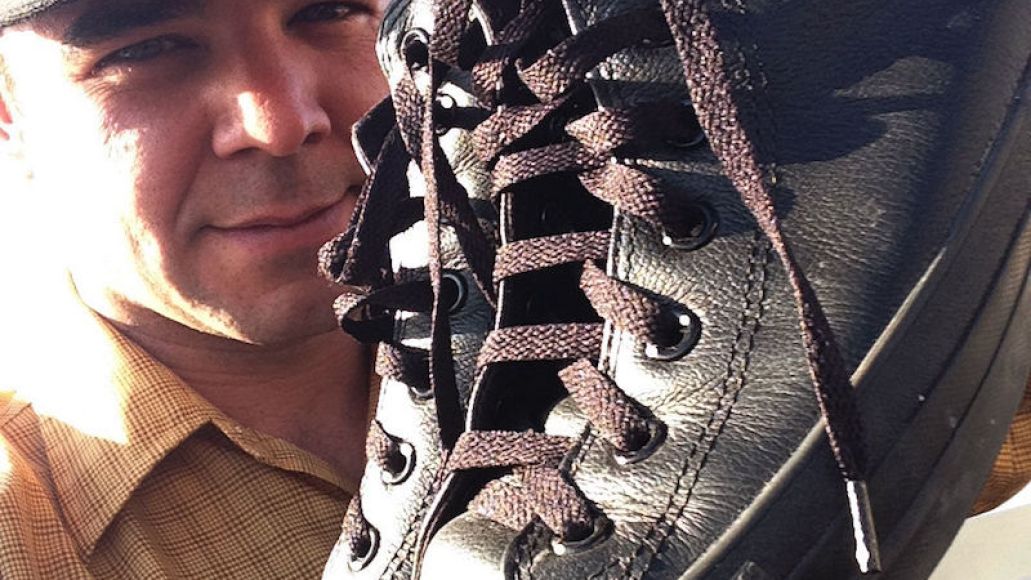 Revisit the epic performance that started it all: