A live-action adaptation of Jem and the Holograms will hit theaters on October 23rd, 2015. In anticipation, the first images from the film have been revealed.

Directed by Jon M. Chu, the film is based on the animated television series that aired between 1985 and 1988. The plot centers around the adventures of Jerrica Benton, known by her singer alter-ego as Jem, and her band the Holograms.

In the film, Benton (played by Aubrey Peeples) becomes an online recording sensation. “She and her sisters embark on a music-driven scavenger hunt – one that sends them on an adventure across Los Angeles – in an attempt to unlock a final message left by her father.” 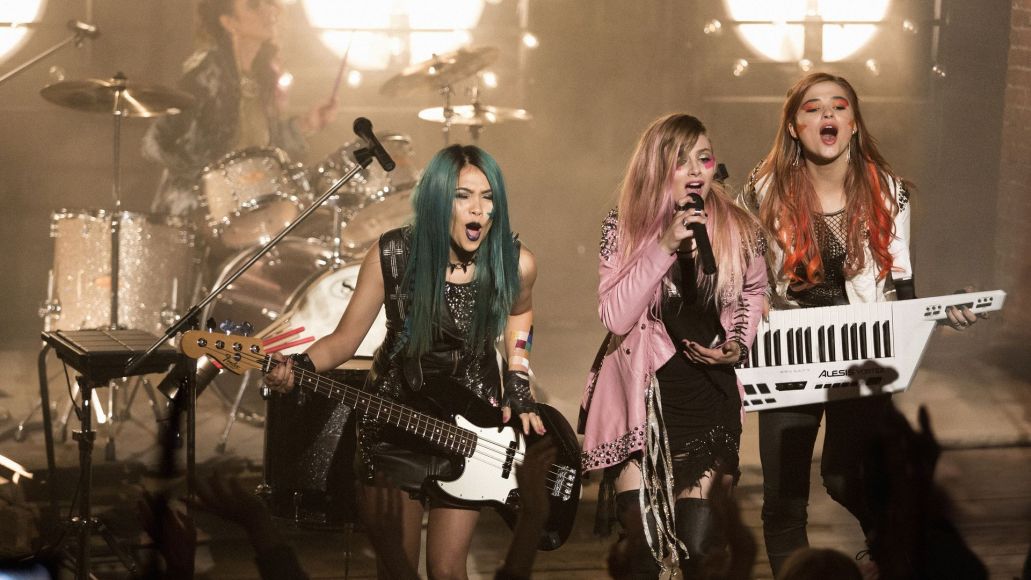 Here's our first look at Jem and the Holograms