Miguel’s 2013 Billboard Music Awards performance featured the infamous leg drop heard ’round the world, and now the R&B star may have to pay a hefty price for the acrobatic snafu.

According to TMZ, one of the women he inadvertently landed on is suing him and MGM Grand, where the awards show took place, for negligence. Cindy Tsai alleges that Miguel’s leap left her injured and unable to work for some time, and that the suit would go towards covering medical bills and lost wages.

If the story sounds familiar, it’s because Tsai is not the first woman to cry foul over Miguel’s performance. In 2013, Khyati Shah claimed she sustained a head injury as a result of the musical mishap. In that case, however, no legal charges were brought against Miguel.

Below, find a GIF and video of the performance in question. 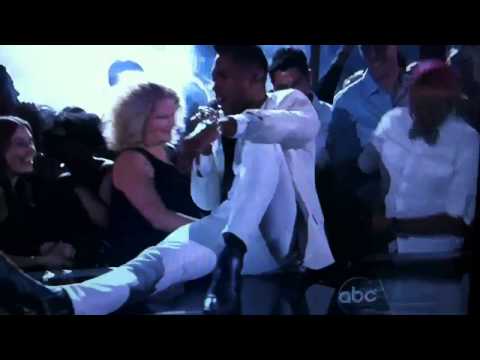