It’s a question as old as electronic music’s rise to a multi-billion-dollar enterprise: Just what the hell are DJs doing onstage during their live shows?

The Glaswegian producer’s new album, Lantern, is set to drop on June 16, and in preparation, HudMo unveiled a brand-new live performance. As mist hung heavily in the air and a “Hudson Mohawke” sign shone as the lone beacon in the dark, the G.O.O.D. Music producer’s new touring band members emerged: Two Door Cinema Club drummer Ben Thompson and keyboardist Redinho. 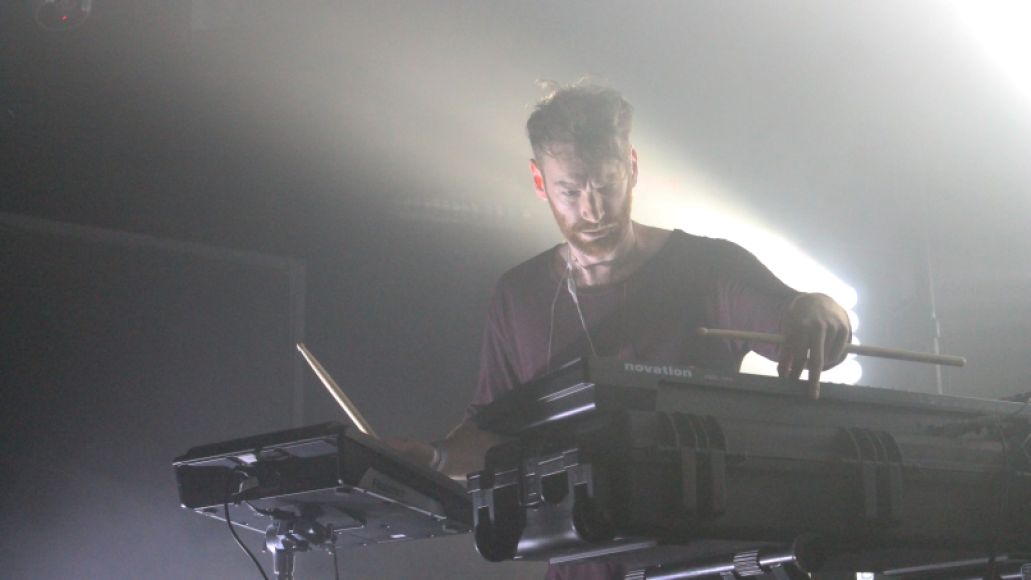 In contrast to the earth-shattering music, HudMo was a quiet presence onstage – he didn’t say a word to the crowd even when he returned solo for an encore – but he was all smiles with his bandmates as he directed the fans, waving his hands like an orchestra conductor.

The set then transitioned to give a taste of two recent Lantern singles, the sweet soul-sampling “Ryderz”, which the audience enthusiastically sang along to, and the pulsing “Scud Books”. After that, the crowd went wild when the intro to “Chimes” played, and HudMo grinned like a madman as he gradually began to replace all the beats with the gruff “woof” sample that appears in the studio version. 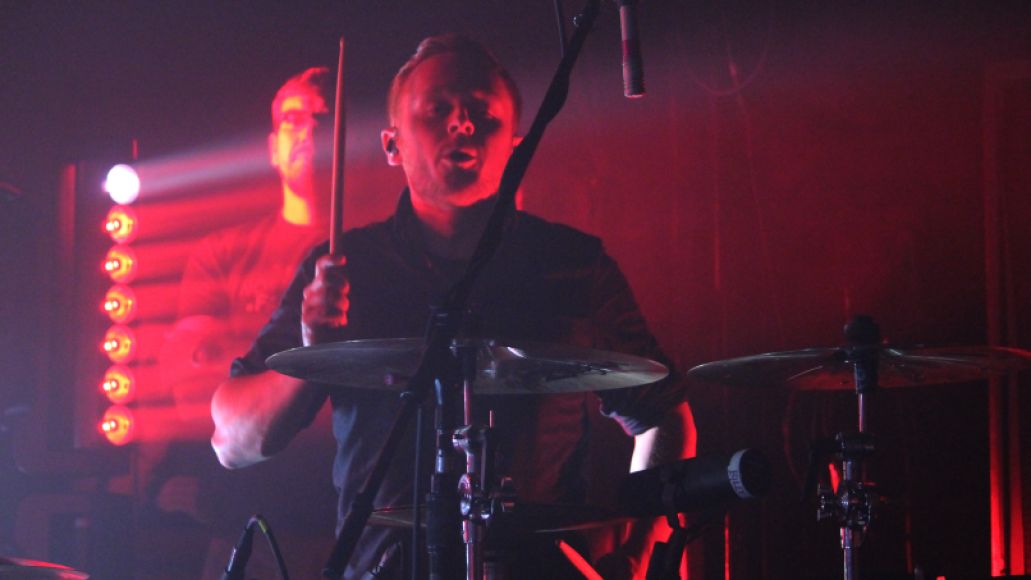 Even though this show was dedicated to Lantern, two older cuts – “Thunder Bay” and “Higher Ground” – stole the set. (And between “Higher Ground” and “Goooo”, it was abundantly clear that people still have a ton of love for TNGHT.)

On “Thunder Bay”, the crowd eagerly supplied the backing vocal ohs. During the mid-song pause, the lights dimmed before the instrumentation ramped back up and the revelry resumed.

HudMo played a more free-form version of “Higher Ground”, drawing out and distorting the vocal sample. The studio version sounds crystal clear, and it’s easy to discern different aspects of the song. In contrast, during this live rendition, the vocals rang out much louder than usual, yet were also dominated by heavy reverb. 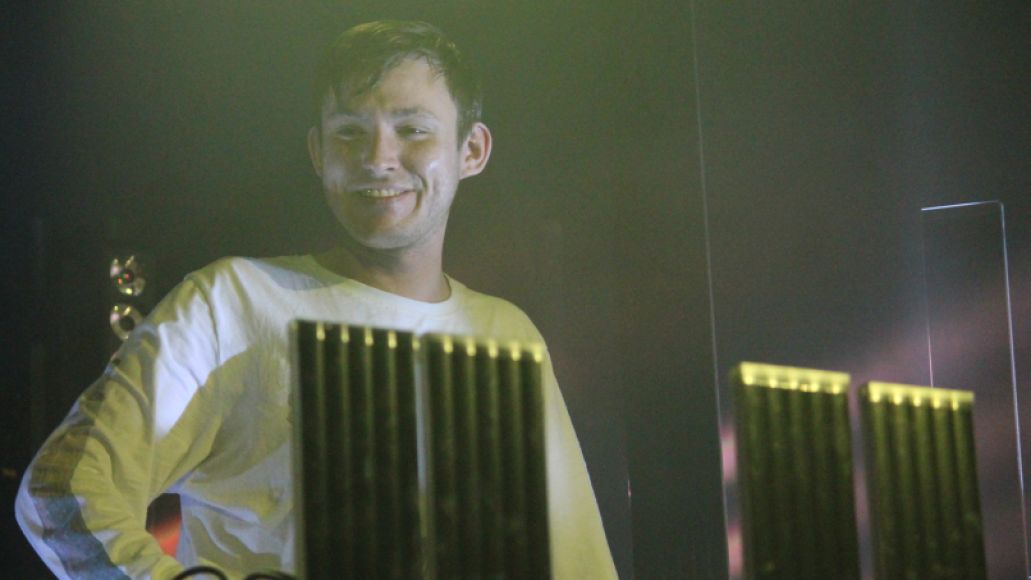 And this was a good thing: It was exciting to hear electronic music that wasn’t a carbon copy of what you listen to on SoundCloud. Live music can succeed even if it’s a bit raw and rough around the edges, and HudMo brought something that will always improve a show: unpredictability.