When I first encountered Pokey LaFarge’s music last summer at the Toronto Urban Roots Festival, I was ashamed I had waited so long. Growing up with a deep love for all things from my big city, St. Louis, waiting until just last year to discover St. Louis’ hometown hero is absurd — and in another country no less! However, I was forever changed after seeing LaFarge on that warm July afternoon, and I have since become a disciple of Pokey. And as a disciple, it is now my job to convert all who will listen. So now, it must be asked, do you have a moment to talk about Pokey?

LaFarge rolled into what has become his second home of Chicago — his first being St. Louis, of course, though having grown up in Bloomington about two hours south of Chicago, part of him is always in the Windy City — with a fire that engulfed the sold-out Lincoln Hall crowd and never cooled down. He came supporting his newest LP, Something in the Water, which he record in Chicago with legendary Chicago country and blues bassist Jimmy Sutton. Unlike the TURF and Horseshoe Tavern set I saw in Toronto last summer, LaFarge not only had his full band, but has now added a full-time drummer to the mix. His country-swing, riverboat bounce now has the extra kick needed to start filling the big rooms he’s begun playing as his popularity has grown. 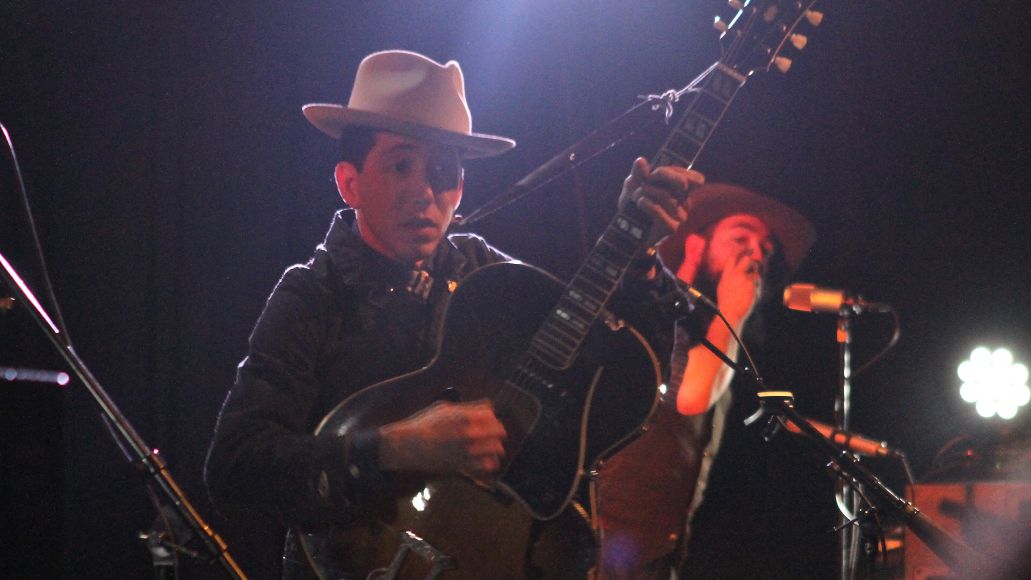 The set started off with Something in the Water’s closer, “Knocking the Dust Off the Rust Belt Tonight”, and LaFarge, dressed in a dapper fedora, a well-pressed dark denim jacket/jeans combo, and a colorful cross tie, exploded onto the stage with the charisma of a carnival barker on the midway. The newly fired-up band blasted through a mix of four or five old and new tracks before finally coming up for air. LaFarge led the crowd in some audience participation for Something in the Water standout “Wanna Be Your Man” to start off a set of all new tracks, ending with a trip into the crowd for the rabble-rousing “All Night Long”.

Most of the band then took a break to leave LaFarge and his original backing band, The South City Three, to perform a few tracks. Everybody then returned to full strength to close out the main set with a full New Orleans jazz, clarinet-powered (by the crazy talented Chloe Feoranzo) freak-out on “Central Time”. With an encore of a cover of Bob Wills’ “What’s the Matter with the Mill?” and the Ray Charles hit “Let’s Go Get Stoned” — which included LaFarge yelling, “What’s the problem with it? They gonna legalize it soon, so everyone get on board!” — LaFarge, now stripped down to a Cubs t-shirt (his favorite team in spite of his St. Louis love affair), left the crowd in the highest of spirits. 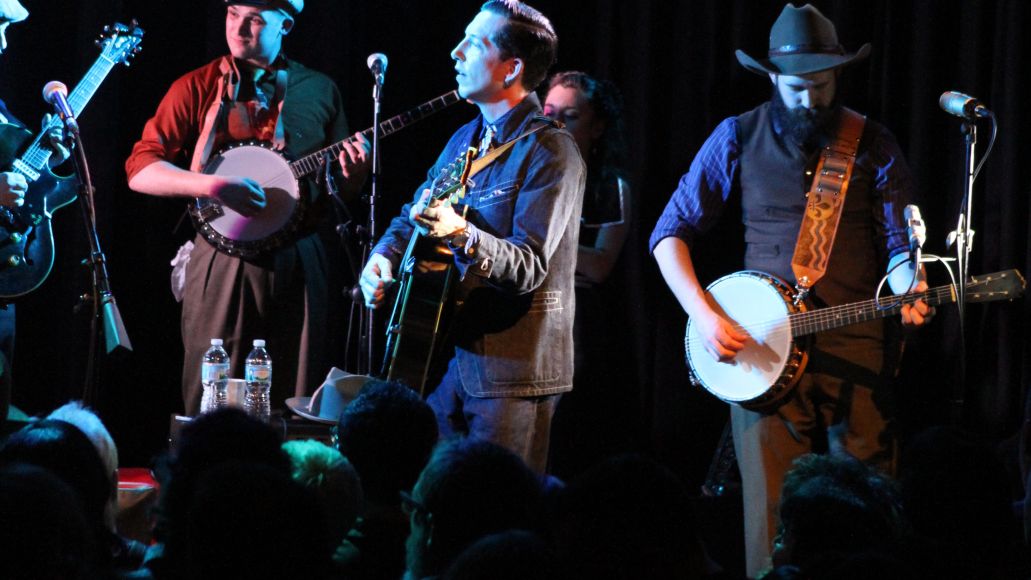 It’s hard to not fanboy out a little after a Pokey LaFarge show. His albums are great, but his shows are better. His smile and demeanor on stage are so god damn Southern-charming that you just want to sit on a porch and hear his stories all night. He and his band put everything into each Show — and it IS “Show” with a capital “S” — because they know and understand the importance of not just playing music that makes the crowd dance, but also being entertaining. It’s easy to toss aside LaFarge and his style of “throwback” country-swing music as “kitschy” and put-on, but seeing him live and seeing how this isn’t just an act, how deeply devoted he is to the music, makes you understand. Sometimes shitty people say how they weren’t meant for the decade they were born in, but for Pokey it makes sense … to an extent. He loves the style of the Tin Pan Alley sound and the look of well-pressed Dungarees, but he has used it all to make original music of his own. It’s not a night of obscure Bob Wills covers. It’s Pokey LaFarge, and it’s 100% authentic and a hell of a good time.