Scuba can’t be found at many North American electronic music festivals, but the British artist born Paul Rose remains one of the culture’s most illustrious tastemakers. Originally focused on left-field dubstep, Rose and his Hotflush imprint shifted toward melodic techno, invigorating a more danceable electronic alternative. “You suck as much creative juice out of one thing that you can, and then set it down and move onto the next,” says Rose half-jokingly during our recent Skype call.

Like many in the creative realm, Scuba’s artistic oscillations can be traced back to Rose’s “short attention span.” “I will spend a few months or whatever pursuing a certain direction in the studio,” he says of his production tactics. “Then, by the time things are ready for release, I have already moved on and want to try something different. I am trying to put the brakes on that at the moment, actually. The main crux of the new album [Claustrophobia] is basically techno, and I am trying to keep my concentration on that for a little while longer.” 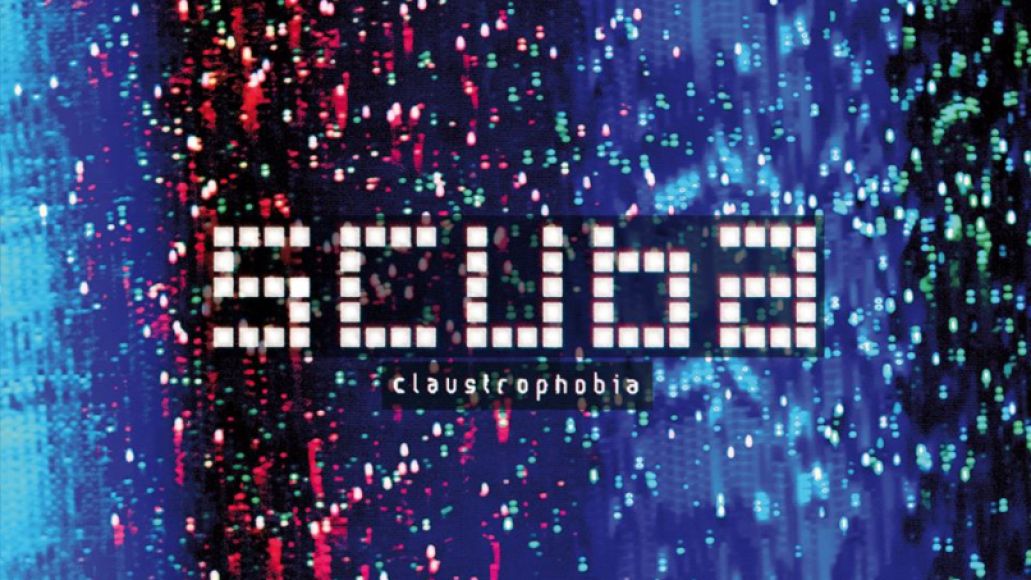 Over the last seven years and four full-length studio releases (all through Hotflush), there have been three discernible Scuba eras. During what is known as the “Formation Years” in London between 2003 and 2006, Hotflush was on the cusp of the UK’s manic bass-weight sounds. Had Rose not departed for Berlin around 2007, the UK impact on the American form of dubstep could have been greatly affected.

The release of his significantly ambient 2008 debut, A Mutual Antipathy, signaled Scuba’s first forays into a dubstep/techno-hybrid — a sound that continues to take shape in both Detroit and Berlin. “The first album was kind of a dubstep album, but it stood quite to one side of what the mainstream dubstep thing was then,” he explains. “It also wasn’t really part of the dubstep-techno thing that was happening during that time as well. I was seen as part of that [sound], but musically it was quite distinct.” Instead of cashing in on his legacy in London and residency at Berlin’s Berghain, Scuba found satisfaction adding to the great lineage of Berlin music.

Now splitting time between Spain and Berlin, a symptom of his short attention span, Rose still speaks highly of his introduction to the German city: “Berlin is a completely different thing, really. And it was interesting trying to immerse myself into the city when I first moved out there. It is a very distinct place musically from the ‘70s and ‘80s onwards, from like the Bowery into the Disco sound. Once the wall came down, that is when the techno stuff starting coming together. The trails of that are still going — Tresor is even still around but in a different place.”

A follow-up to 2012’s Personality, which some longtime Scuba fanatics panned as kowtowing to popularization of the genre, March’s 10-track Claustrophobia more completely embraces the structure of downtempo techno. “There were a lot of people who hated the last one but really enjoyed this one. There is an image around the last album that it was a bit more commercial, and I suppose that it was. But if I really wanted to make a commercial record, it wouldn’t have sounded like that at all,” recounts Rose when trying to gauge the success of his recent releases. “[Claustrophobia] is directly consistent with my first two albums, and I do appreciate that people allowed me to make a left turn for a few years and then come back to something that is more parallel to that stuff in the earlier days.”

Rose revels in the ability to experiment, but he is also a heady businessman. He openly credits the A&R abilities of Hotflush for the continued success of the imprint and his own decade-plus DJ/production career. A circular process, Rose’s personal direction informs the discovery of new artists that then fuel the organic evolution of the entire label; the likes of Recondite, Locked Groove, Agoria, Sepalcure (Machinedrum and Praveen Sharma), Jimmy Edgar, and Joy Orbison have all added their eclectic sensibilities to the roster. This grassroots development is rarely feasible in the major label setting. And while many artists are quick to criticize Spotify for sub-par payouts, Rose is more realistic about the potential of the streaming service.

“When you hear about artists that have millions of streams on Spotify, but only made $10, it was probably because of their record deal. For us, Spotify is a really important part of keeping going. It is a really high percentage of the money we make,” he says. “The era of the CD was great for the labels, but not really for the fans. I remember buying a CD in the early ‘90s for 15 pounds, and it would probably only cost about 50 cents to make. There was gouging in the industry for years and years, and I think now it is just more realistic. People make fortunes in the industry still, and it is possible to convert a decent following into a nice life without that much trouble. The era of easy money is gone, but maybe that is for the better.”

The only easy money still left in the industry is reserved for those seeking the pop route, and that direction has a short shelf life. “There will always be a sub-genre that is cool for a bit, and then there will be some people that get successful because of that, but most of the people just fall away,” reflects Rose on the rise of American-bred EDM. “It is usually easy to tell if these will survive a certain fad.”

Rose understands that longevity is key to success and completed his albums to hit in both the club and the living room: “As with all the albums, the tracks [from Claustrophobia] that connect the most with people are not the club ones. ‘All I Think About Is Death’ and ‘Drift’ tend to be the ones most people are asking about,” he quips when asked about porting tracks onto the dancefloor. “I like to give myself free rein, and that is what I appreciate about making an album. With an EP, there needs to be three bangers or whatever. An LP allows for more of a free ride with styles and tempos. I feel most comfortable in the studio when I am able to give myself that freedom.”

That freedom opens up Rose to new techniques that further enhance the intimacy he shares with his dedicated base. The samples for the affecting “All I Think About Is Death” were recorded in his own bathroom. With microphone in hand, Rose captured a jarring argument from below his studio, editing down the series of cries and screams until only the voyeuristic intent remained.

These tracks are meant to engage with fans who are turning up to newly launched clubs across the United States. “I have been playing gigs [in the States] for over 10 years, and the grassroots club scene there is far better than it has ever been as far as I can remember,” says Rose. “There are just so many cities now that you can expect for one or two clubs to have great sets every weekend. Hopefully it will continue to grow like that, because that was definitely missing outside of Chicago, New York, and Los Angeles.”

These “grassroots” clubs create the buzz that has kept Berlin an international clubbing destination for decades. And while that city’s strict door policies are well known even outside of Europe, Rose urges all techno fans to eventually make the trek: “There have always been rumors that they don’t let English-speaking people in, but that just isn’t true. Probably half the people that try to get in won’t get in, but being German is not necessarily an advantage in getting through,” he clarifies. “It is whether they think you are the right kind of person, and it is not limited to being a Berghain thing. There has always been the idea that ‘If you are not one of us, you are not getting in’. But ‘one of us’ is kind of an arbitrary thing.”

For those looking for a more Vegas-style trip, Rose would direct you toward the hedonism of Ibiza during the summer months. According to him, the sun-drenched destination has deserved much of its negative criticism over the last few years, but that still wouldn’t stop him from attending a handful of the island’s offerings: “Amnesia is, by any stretch of the imagination, a great club. It is two amazing rooms, an amazing sound system, and on a good night, they have really good parties there — even now. DC 10 and Circo Loco might be clichés as this point, but that is also an awesome party.” 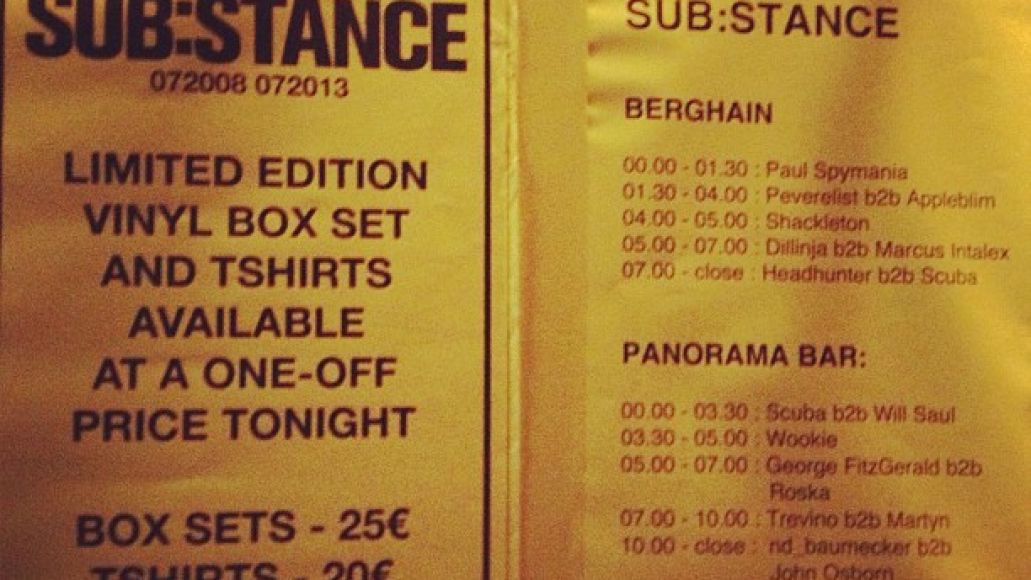 During my lengthy conversation with Rose, one particular point kept surfacing: One must never stop exploring. While we might not all have the luxury of touring through Japan (where much of the influence for Claustrophobia came from) or jet-setting to Europe’s many festivals (Scuba will be performing at Sonar, Hideout, Loveboz, and Melt! among others), we can all take the risk on a new album, route home, or new restaurant. As Rose puts it, you just never know what “ripples could come out of that experience.”

Follow Hotflush on SoundCloud to stay up to date on the roster’s forthcoming offerings, and check out all of Scuba future performances here.