Omaha alt rockers The Good Life never officially ended. Though the Cursive offshoot has not released an album since 2007’s Help Wanted Nights, they ended their 2010 tour with a quiet assumption that they were going to reconvene. Now, some five years later, they finally have.

Despite each band member’s busy schedule, in 2013, frontman Tim Kasher carved out time to work on new material and brought everyone back together to the studio the following year. Now, their long-awaited fifth studio album, Everybody’s Coming Down, is due to hit shelves on August 14th via Saddle Creek.

Ahead of the release date, the band has shared their new single, “Forever Coming Down”. The frantic number sees the Nebraska natives indulging in their own weirdness and affinity for distortion. Kasher’s vocals rise and fall swiftly as he sings surrealistic lyrics about hot air balloons and champagne. It’s a wild return for The Good Life, making the most of their much anticipated comeback.

“At our first songwriting practice for this album, we joked that we would like to write an album to be played on 120 Minutes,” Kasher tells Consequence Of Sound. “This song, ‘Forever Coming Down,’ was the first one from that session, and helped set a tone for the album. It also sets the primary scene for the awesome album artwork by Dan Black!!” 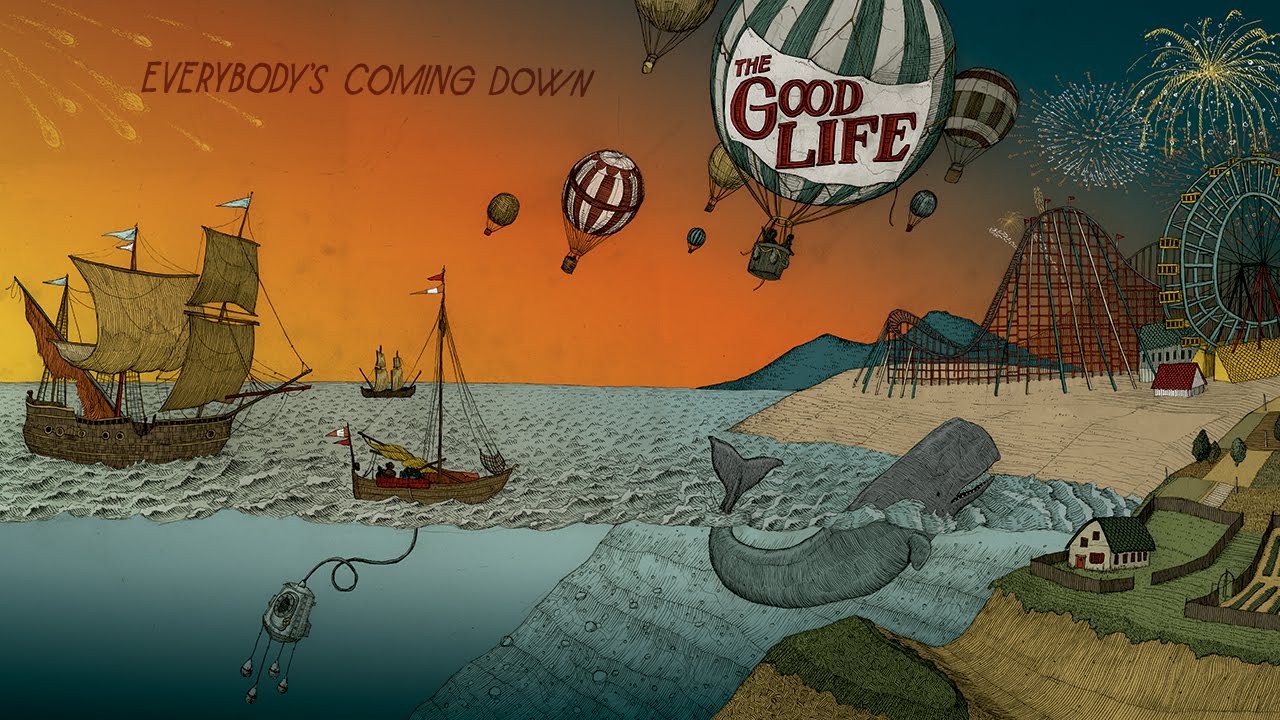 Pre-orders for the album are ongoing. For more, check out lead single “Everybody”.

The band has also extended their 2015 tour, carrying on through November. Check out the dates below.