All photography by Alex R. Elms except where noted.

Passport locked tightly between teeth, I’m frantically drying a newly washed pair of pantyhose with one hand and furiously googling where the heck Gdansk is with the other. Every time, without fail, predictive text on my phone tells me it is not “Gdansk,” but, in fact, “G dance.” This foreshadowing isn’t far off. I’d planned to shelve any suspicions about what the next week covering Poland’s premier Open’er Music Festival was going to be like. While the idea of a European festival is thrilling, the panic before heading to a new country for the first time on your own is ripe. There isn’t a pack of Disney animals clearing a pathway for you when you arrive, just a question of if and when you’ll get lost. Will you end up crying in a fetal position in front of a national monument? Will someone you love be called upon to identify your cold, shivering carcass? 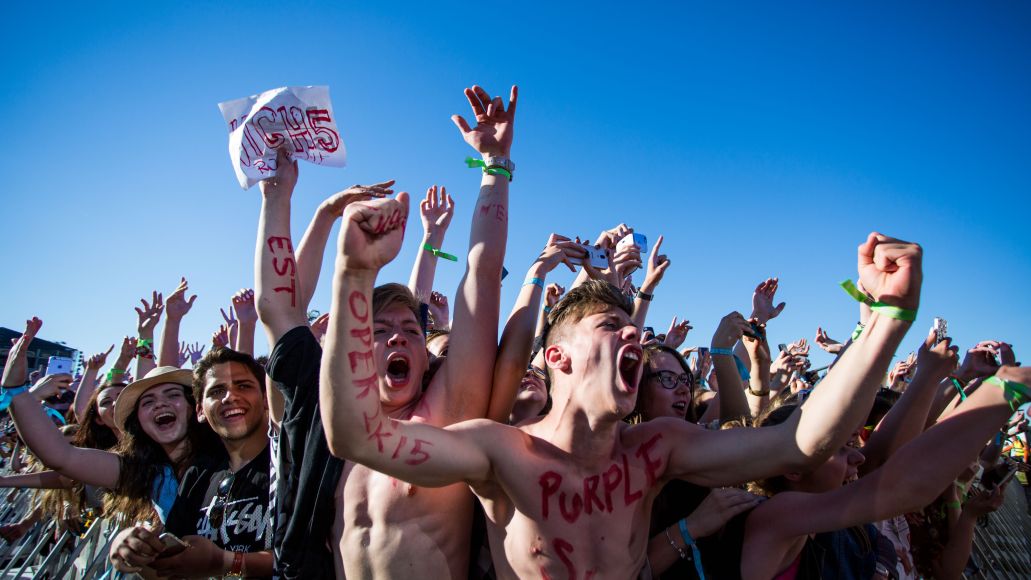 The four-day Open’er Festival happens just outside of Gdynia, Poland, on the huge former military airfield Kosakowo. To walk between the four stages is to walk off every fatty burrito that’s ever taken up residence in your ass. Initially, what’s so striking about this festival is just how dislocated the lineup is. As if curated in the same way today’s listeners chomp up music, Open’er 2015 had no genre boundaries or purist judgments — it was an ultimate display of an IRL iTunes shuffle. While the offering was diverse, Open’er tricked the mind into drawing direct lines between its rap, electro, indie, and house artists.

It felt freeing to witness almost every performance with an open mind (par the terrifying squeaks of Diplo rolling across the crowd in a life-size plastic hamster wheel during Major Lazer’s Day 2 set). Even with the mixture of artists, I discovered my mind still found simple connections; the laser beams during Faithless echoed the rays of strings piercing the tent stage during Jonny Greenwood and the London Contemporary Orchestra, and while the confetti cannons during ASAP Rocky showered the crowd, so did the spitting profanities of Die Antwoord. There’s no over thinking things, just one act after the other, with people happily spilling from Mumford and Sons to Swans, from the buttery sounds of D’Angelo to the acid punk electronica of The Prodigy — it’s a subversive force, this festival, a unifier. 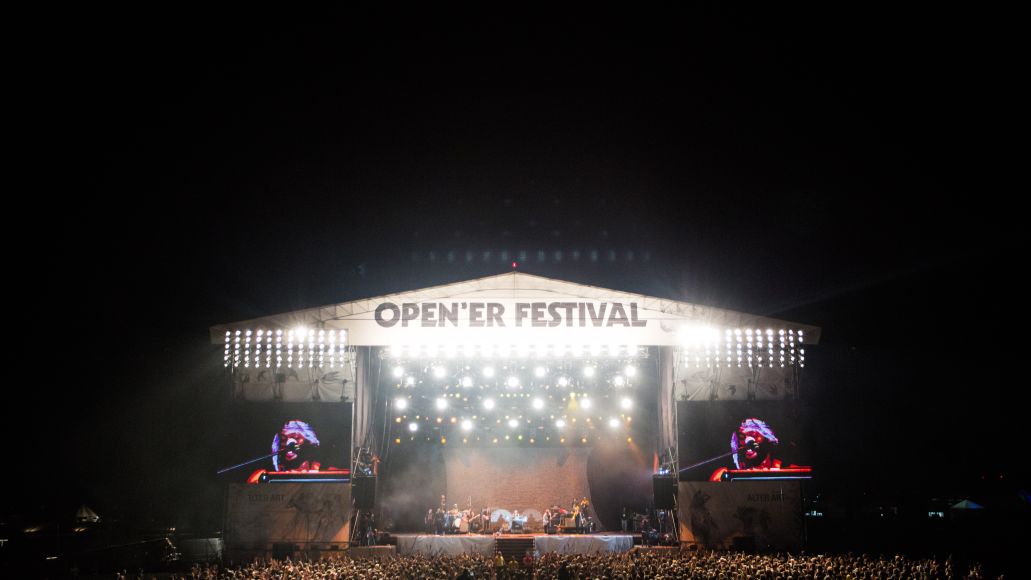 With beers cheaper than burgers, a balanced gender mix, and a crowd enthusiastic about absolutely everything, Open’er proved people turn to festivals like they turn to records: to seek out that safe space and lose their absolute shit. Often there’s an urge to demand that a festival will stick with you, that it will help give perspective on things you have struggled to dissect. From St. Vincent singing songs that orchestrate a culture, to the sheer heft of Father John Misty’s unshakable hip-swinging, crowd-bantering dynamic, we were granted a series of events that stuck. A festival should be “the axe chipping away that frozen sea inside us all,” and luckily enough the combination of high temperatures and memorable performances turned the crowd into liquid swards of goo. Here are the highlights.