Her Comedy Central series Inside Amy Schumer, which recently wrapped its third season and has been confirmed for a fourth (and of which Schumer is the creator, head writer, executive producer, and star), experienced an upsurge in popularity this spring when a couple of sidesplitting sketches—a Friday Night Lights parody slamming rape culture and “Last Fuckable Day,” a brilliant, satirical bit on aging women in Hollywood with Julia Louis-Dreyfus, Patricia Arquette, and Tina Fey—went viral. In April, Schumer hosted the MTV Movie Awards. That same month, she won a Peabody Award. In May, she won the Critics’ Choice Television Award for Best Actress in a Comedy Series.

And now Trainwreck, the Judd Apatow-directed rom-com that marks Schumer’s film debut as both lead actor and screenwriter (she gets sole writing credit here, making this the first film that Apatow has directed and not penned) comes thundering into the theatres this week with enough hilarity and heart to make Schumer, if there had been any doubt, a bonafide movie star.

Much in the same way that Kristen Wiig earned her top billing as the slightly unhinged yet endearing comedic everywoman in the Apatow-produced Bridesmaids, Schumer gives a winning performance as Amy, who by name and behavior is clearly a composite character of Schumer’s own experiences and personality quirks. We know this woman, if not from Schumer’s standup, interviews, or TV series, than as someone who already exists in our sphere—co-worker, friend, sister, girlfriend, ex-girlfriend—or perhaps, we recognize a part of her in ourselves.

Amy, like many a modern woman, is not crazy about commitment, much less marriage or kids. She is willing to speak uncomfortable truths. She enjoys wine, weed, and casual sex. She avoids spending the night with the men she beds. Spooning makes her uncomfortable, as she tells newest lay Dr. Aaron Connors (Bill Hader), an NBA sports doctor who she is writing a profile for a celebrity gossip magazine. “I can feel you breathing on me,” she tells him post-coitus, when he attempts to snuggle. She does not mean this romantically.

What makes Amy what I like to call a “likable unlikable character” is not that she is flawed, per se, but that she has a reasoning for why she chooses to indulge in her flaws, by way of a well-written, well-acted family history that is peeled back in stages. She also has a strong arc to propel her from where she is at the beginning of the film to where she ends up. She grows, she changes, and she learns a lot about herself in the process. She evolves as a person, while still keeping her bawdy personality intact.

In the opening flashback, Amy’s father (Colin Quinn) explains his extramarital affairs to his two young daughters by using a metaphor they can understand (“Would you like to play with one doll for the rest of your life? No, of course not.”) The reason he gives for why he and Mom are getting divorced is blunt and simple: monogamy doesn’t work. Amy’s younger sister Kim (Brie Larson), who is married with a stepchild, remains resentful of their father, now in a nursing home, for cheating on their late mother. But Amy sees the situation differently. In a way that her sister doesn’t, she gets him. Ultimately, Amy understands, like her father, that pushing people away is a hell of a lot easier than letting them in.

A supporting cast rounds out Amy’s journey: SNL’s Vanessa Bayer as her ditsy co-worker, Ezra Miller as her overzealous intern, Mike Birbiglia as her schlubby brother-in-law, and LeBron James—funnier than expected—as a frugal, romantic, Kanye West-quoting version of himself. There are some misses: WWE champ John Cena as Amy’s swole, sensitive ex (let’s just say that acting is not his forte); Tilda Swinton as her snobbish Brit boss (alas, her jokes fall flat – but for anyone who has seen We Need to Talk about Kevin, watching her and Miller reunite onscreen in this capacity is deliciously surreal); and Daniel Radcliffe and Marisa Tomei as characters in a black-and-white indie film, presumably a spoof of Frances Ha and other aphorism-spouting fare, that doesn’t quite gel.

The standout of these players, appropriately, is Hader as the nerdy, sweet, and refreshingly stable love interest. Hader proved that he had some serious acting chops in The Skeleton Twins (co-starring Wiig); and here, he is a welcome counterpart to Schumer, the calm to her whirling storm. And, much to the surprise of this critic, they have wonderful chemistry.

Trainwreck is at its best when keeping the focus on Amy’s self-discovery, whether in how her feelings about Aaron open her up to herself or in how she views herself in relation to family and friends. The most heartwarming scenes give us a glimpse of Amy’s fear and vulnerability when it comes to love, for Aaron and for her family, and one of the funniest comes directly from Schumer’s standup: Amy sitting in a circle of prim, married women at a baby shower as they confess their “dirty little secrets.”

“Sometimes, I sneak into the kitchen to eat a Skinny Cow ice cream bar while my husband is asleep,” admits one woman. “I allowed my child to watch a very special episode of Glee with two girls kissing,” confides another. Amy is next. “I don’t know how I’m going to follow that!” she exclaims, with sarcastic verve. She then describes, to her open-mouthed audience, how she once got a condom “pounded” way up into her cervix, and she had to use her finger, “like a hook,” to fish it out. 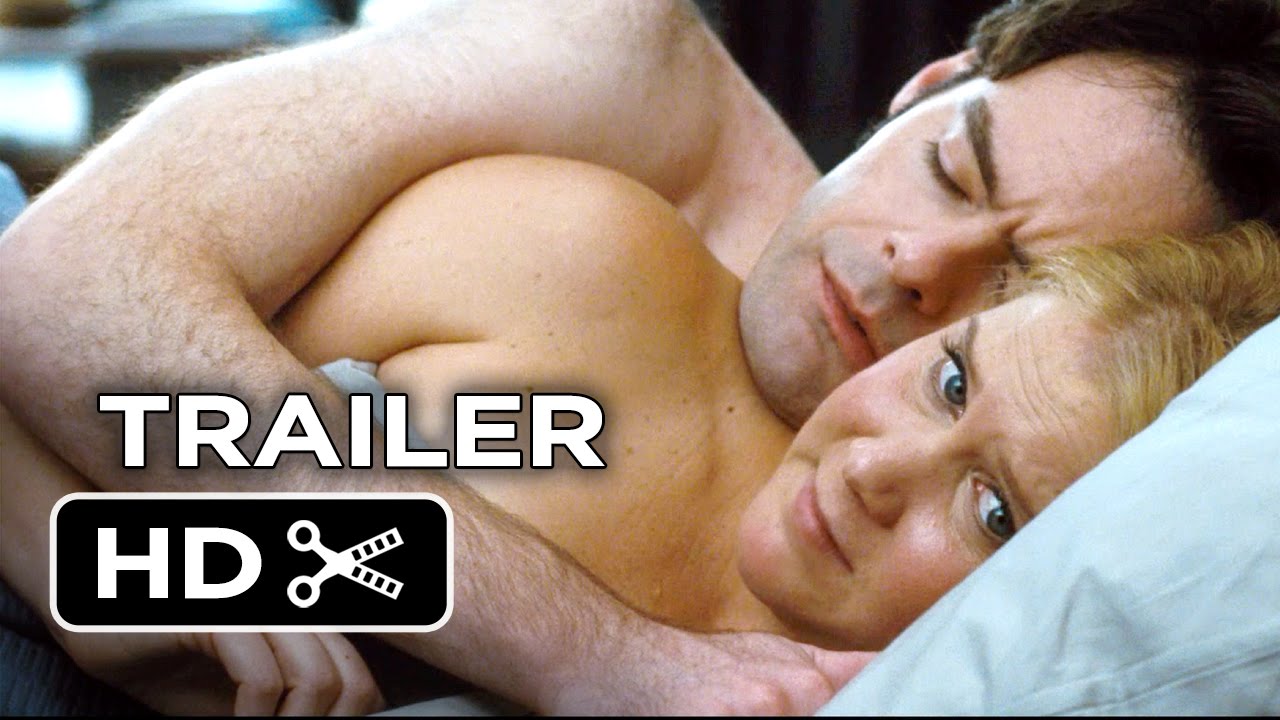