Given the loss of Wavefront Music Festival, many Chicagoans rejoiced when React Presents announced that Mamby on the Beach would fill in the void left by the beachfront festival. For two days last weekend, the summer soiree took fans south of the Loop to Oakwood Beach with free shuttles provided around Chinatown. The whole thing felt like a school field trip as a steady stream of whooping festivalgoers followed the Mamby signs from the train station to the nearby shuttle stop.

The weekend-long beachfront festival set the mood right from the start as attendees breezed through the entry to stroll past tiki heads, colorful lanterns, and graffiti’d tree protectors in a corridor of photo opportunities. Inside the festival grounds, people walked under an intricately cut wooden crest into a beach scene laden with palm trees, bamboo fencing, parasols, and beach towels, all perfected by the Chicago skyline. Three stages provided fuel for the party with house sounds ranging from the deeply melodic and sometimes dreamy to the glam-rocked and slightly bizarre  — with a healthy dose of four-on-the-floor Chicago house beats stuffed in all the right places. 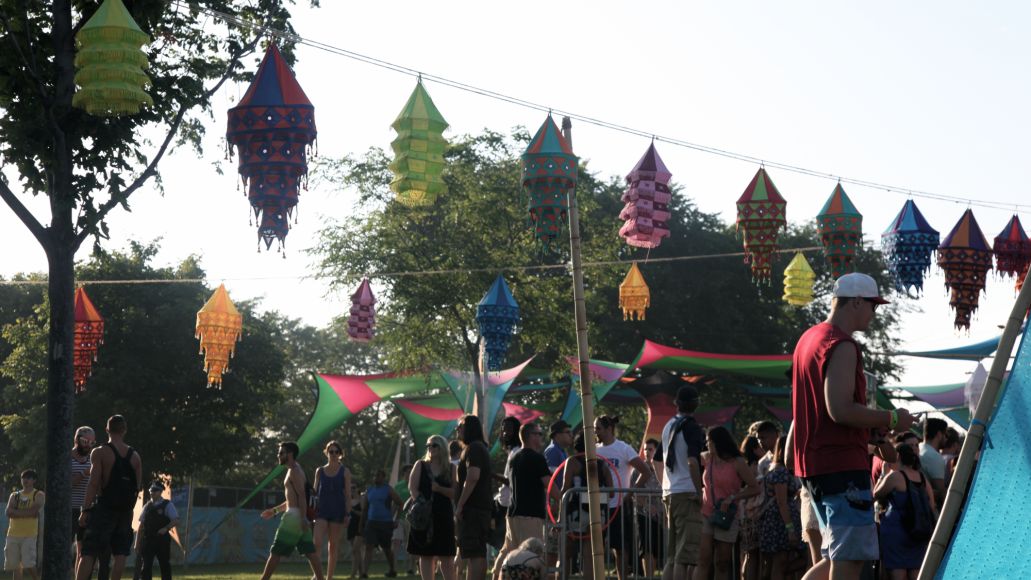 In the Beach Bazaar, attendees could get henna tattoos, and even buy a small piece of the wooden crests. Manny the Frenchie made a special guest appearance for photo ops and cuddles. However, of all the food trucks, restaurants, and vendors in a city notorious for fans of deliciously artery-clogging cuisine, Mamby chose only two vendors and neither of them cared much about their products. Hungry patrons were mostly relegated to hot dogs, corn dogs, or Italian beef, while the vegetarians were stuck with cheese fries. Yet what the vendors lacked in quality, they made up for in popsicles! On Sunday, temperatures reached the low 90s and giant freeze pops, icy sangria, and cool beer helped everyone beat the heat.

The festival’s biggest asset, though, had to be the people attending. Within an hour of arriving, I had already gathered a piece of kandi from one enthusiastic girl, and had been decked out with shimmering temporary tattoos from a group intent on making everyone around them feel loved. Throughout the two-day festival, I witnessed a multitude of random acts of kindness, from girls helping each other stay in their bathing suits, to friends helping each other with sand removal tactics. Watching people display that kind of affection reminded me of the powers of positivity.

That goes a long, long way for a music festival.