There are a lot of grumbling old men who waste their breath (or Twitter characters) harassing the new generation of dance music producers and consumers. (Admittedly, no era needs a legion of highly paid entertainers relying so heavily on the talents of ghost producers.) With most of the globe still undereducated on this vibrant international culture, each hyperbolic public outcry serves as a disservice to its longevity. A veteran in this culture for nearly three decades, LA transplant Richard West, better known as Mr. C, is quick to offer optimistic insights about the future of his profession. “Ten or fifteen years ago, I didn’t feel that I could retire,” says West via Skype on his lengthy career behind the decks. “I don’t feel like that anymore.”

If you’re not familiar with West’s career, that statement might ooze with ego. But long before some of today’s mainstage headliners were even walking, West was incubating rave culture in his London studio. Although he first got acclimated to UK clubs as a brash 17-year-old MC, West’s major break came when he joined the Shamen in the late ’80s. Similar to the trajectory of Underworld, Scotland’s Shamen formed as a guitar-based rock band in 1985. They didn’t embark on their infamous acid-rave exploits until Will Sinnott and Colin Angus crossed paths with West in the summer of 1988. For West, the opportunity allowed him to sharpen a psychedelic aesthetic amid the minor acid-rave explosion: “It was an information band. The band really did focus on human evolution, psychedelia, social issues, and politics, and there really wasn’t an information band like that in dance music,” he says. Four years later, the group was hitting the top of charts with their naughty rave-ready track “Ebeneezer Goode”.

New income from the track’s success meant West could support Britain’s burgeoning acid and techno sounds. “I remember getting my first check from doing pop stuff, and I didn’t buy a house or a flashy car. I set up a label called Plink Plonk Records,” says West about his early days in the A&R seat. “I put money into a recording studio that I could put friends in for free and develop their sound. If it was good, I would release it out on Plink Plonk Records. I put all my money into that and The End, which I think is the best night club that ever existed on the planet.”

It’s hard to argue with that statement. When the first wave of dance music was cooling down Stateside, Plink Plonk was the home for “Stacey Pullen’s first two EPs under the name Cosmic Messenger,” as well as Detroit’s influential Kenny Larkin and Chicago-bred Derrick Carter’s Tone Theory alias. And The End was at the center of London’s early rave scene, an environment that “absolutely blew away these American DJs and producers” when they were used to seeing massive crowds swaying to their tracks in illegal underground establishments and warehouses.

Unlike today’s headliners, these performances weren’t five-figure paydays. It was the community that kept West a figure in the underground sound for the next two decades: “I have always loved dancing, and I have always been very social,” he says. “It has been something that has been very good for the heart. To have something that I feel so passionate about, as a hobby, and to turn that into a career has made me feel very privileged.” While Plink Plonk would eventually run its course and The End would close by early 2009, West would never disappear for long. As he nears his 50th birthday, the release schedule across his co-founded Superfreq imprint remains as prolific as ever. The imprint names and cohorts might have changed, but the ethos has always remained the same: “Create a platform for new talent to express themselves without bending to the confines of what is deemed accessible by underground dance music.”

Despite (or possibly because of) his long history in dance music, West has found it a challenge to fully break into LA’s crowded underground dance music landscape. “To build something in a city that is so spread out, you really have to put in a lot of effort,” he explains. “It is hard to break in and establish a new thing — and invent my own little clique, because the Superfreq sound isn’t like anything else.” West is more than prepared for the obstacles of impressing a new city. He’s been methodically charming gate-keepers across Southern California’s dense field of designers, musicians, and visual artists, while staying true to his established core of fans in the UK. Assisting in this process is longtime Superfreq fan and London-based fashion iconoclast Sveta Morphosis. More than just a diehard fan of Mr. C’s forward-thinking acid and tech-house, she is a friend to both West and his wife and a integral asset to the visual embodiment of Superfreq’s sound. “To find someone that could echo the attitude of Superfreq through the artwork was a lucky thing. I think the universe was looking out for us.”

Having experienced both the ups and downs that come with a career in entertainment, West is realistic about Superfreq’s place in the dance environment. For West, tech-house is the “last bastion” for acid-house, but he doesn’t foresee either ever crossing over to the mainstream like the Shamen or even more recent booms from the dubstep and progressive house sounds. “I don’t know if we can actually call Superfreq a success,” West asserts bluntly. “I don’t see Superfreq being a successful label; I see it as being a label that continues to push the boundaries and push peoples’ buttons. The huge house and techno DJs from around the world might play one or two Superfreq songs in a set, and I am satisfied with that”.

His wisdom flows smoothly, but West never positions himself as one with all the answers. As the old guard over at Superfreq, he is happy to serve as inspiration and offer some mentorship, but he fosters an open environment for both old minds and new recruits to share ideas. “These young kids don’t need advice from me; they are smart. I need to keep an eye on them so that I don’t get left behind,” he jokes. Settling into the scene as a teenager himself, West champions these hungry, young producers — they’re the ones making America a fertile ground for underground talent. “These kids are the future,” says West, but he also knows the climb takes some nurturing. “With the tastes they have when they are 17, they may want to go out and listen to lowest-common-denominator fodder and dance around in furry boots, but that isn’t going to last into their 20s. They are going to want to start dressing up and being adults, being cool and drinking nice wines, going out to independent movies and listening to good independent dance music.”

When behind the decks, Mr. C has one goal: “to play good-quality underground dance music that is based on tomorrow and not today.” The checks might not match what he was making as part of the Shamen, but he continues to re-invest in the culture, continually fueling the growth and development of the label with his own personal DJ earnings. The result has been a rapid series of contorted collaborations alongside Superfreq’s Noel Jackson (East L.A. Tek) and Affie Yusuf (Indigo Kidz). 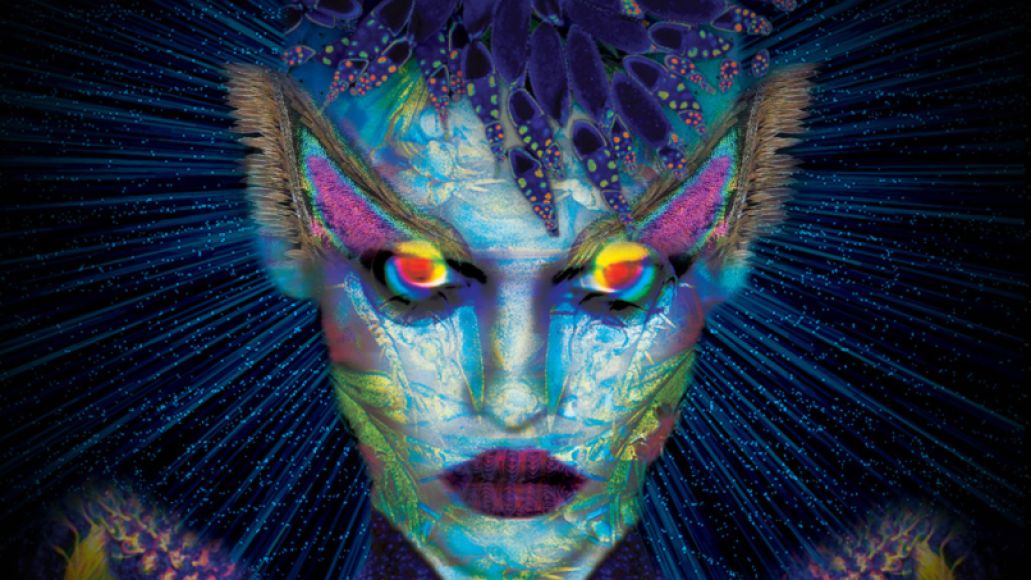 “The father of tech-house” is more than a title for West. Witnessing the culture reach a new level of maturity worldwide, he is now ready to step away from his creation and celebrate its success from the sidelines. But with a fire in his belly as incendiary as any producer, West will probably never stop influencing the next generation of noise-making party-starters. If you’re a young producer yourself, West recommends going back to the likes of Visage, Afrika Bambaataa, Egyptian Lover, Juan Atkins, Kraftwerk, and Giorgio Moroder to complete your baseline in house music. It helps to know the fundamentals when attempting to push the scene to its next ring.

Mr. C Is the Robin Hood of Underground Dance Music