Zac Carper received the worst phone call of his life on March 18, 2013. His garage punk band, FIDLAR, had just embarked on a tour with Wavves while the singer and guitarist, now 28, was attempting to kick heroin. “I was with this girl, and we were both drug addicts,” he says. “She was pregnant, and she overdosed on heroin while I was on tour.”

Apparently, his girlfriend got a staph infection from a bad supply and possibly a dirty needle. When she got to the hospital, she had a terrible fever, and then her heart stopped beating. “That day, I found out that my girlfriend was dead,” he recalls, covering his eyes with his hand. “I felt such guilt and shame over it. I was the one who introduced her to getting high. She had a miscarriage with my kid. I didn’t know what to do besides drink my life away.”

The band, whose name stands for “Fuck It, Dog, Life’s A Risk,” first started playing together six years ago. They were notorious around Los Angeles for getting wrecked, having run-ins with the cops, and singing about cheap beer and shitty drugs. Guitarist/vocalist Elvis Kuehn, 25, and his brother, drummer Max Kuehn, 24, had been playing music together since they were 11 and 10 years old, respectively. Their father, Greg Kuehn, is a SoCal punk legend, having played with T.S.O.L. and X.

The brothers started a band called The Diffs in their early teens and opened for established acts like Adolescents and the Circle Jerks. Later on, Elvis worked as an intern at Kingsize Soundlabs recording studio in Los Angeles. In 2009, he met Carper, who was an engineer there. Carper recruited his friend, bassist Brandon Schwartzel, 29, to join. The two had been living in their cars on the streets of Silver Lake, bonding over poverty, homelessness, and cocaine.

What most people don’t know is that Carper’s drug and alcohol addiction nearly ended his life and the band several times. “I would say I wasn’t going to do dope,” he says, “but three days later a needle would be back in my arm.” Now sober for a year and a half, he gulps down a glass of water at Café Stella, a restaurant down the street from where he used to score drugs.

Carper laughs. It’s not clear why this is funny, but I imagine that it’s hard for him to talk about. The waitress comes over to ask for an order, but Carper says he’s not hungry yet. His brown eyes are soft and honest, and he looks slightly malnourished. He admits that he’s going through a lot of emotions from his past. He looks down at his forearm, a tattoo of the state of Hawaii, where he was born. He got the ink to cover the track marks that used to be there. It’s a reminder to keep himself grounded.

After his girlfriend and unborn child passed, he started drinking heavily on tour and continued afterward. “I would wake up and go to a bar first thing in the morning,” he admits. “I would always start the day off with a pint glass filled with vodka. It was extremely hard to lose my girlfriend. She was really important to me, and it just sucked.”

“I was like, ‘Dude, you are fucked up right now. You’re a mess and you’re 80 pounds. You need help,’” remembers Schwartzel. Carper admits he wasn’t yet ready to change: “Brandon kept finding heroin and needles in my room and then throwing them away. I would flip out and go buy more. It was my medicine, you know?”

In April of that year, he overdosed on heroin three times. The song “Overdose” off FIDLAR’s sophomore album, Too, set for release on September 4th, is a direct exploration of the incidents. The song is creepily atmospheric, with jangly guitars far removed from the group’s usual thrashing. Carper sings, “I’m kicking and I’m screaming that I got a disease, anything to get a fix and hurry up, so make it quick/ Yeah, I’ll take another drink and throw up in the kitchen sink/ I’ll really try not to overdose again/ I just wish I was dead.”

“I remember the first time I overdosed. I was just like, ‘What the fuck happened?’ and my drug dealer was like, ‘You were fucking dying on my floor,’” says Carper. His dealer shot him up with Naloxone, also known as Narcan, which is used to reverse the effects of opioids during an overdose. He continued to shoot up heroin and couldn’t feel anything. “I was thinking, ‘Why the fuck isn’t this drug working?’ So I shot up the next day and overdosed again.”

His drug dealer told him that he wasn’t allowed to fix at his house anymore. A few weeks later, Carper overdosed for a third time. “The problem was that I was the frontman of a punk band,” he explains. “Everywhere I went I had people fucking giving me coke, speed, just wanting to do drugs with me. I didn’t know how to cope. I couldn’t deal with life, really, so I just did a bunch of drugs.” 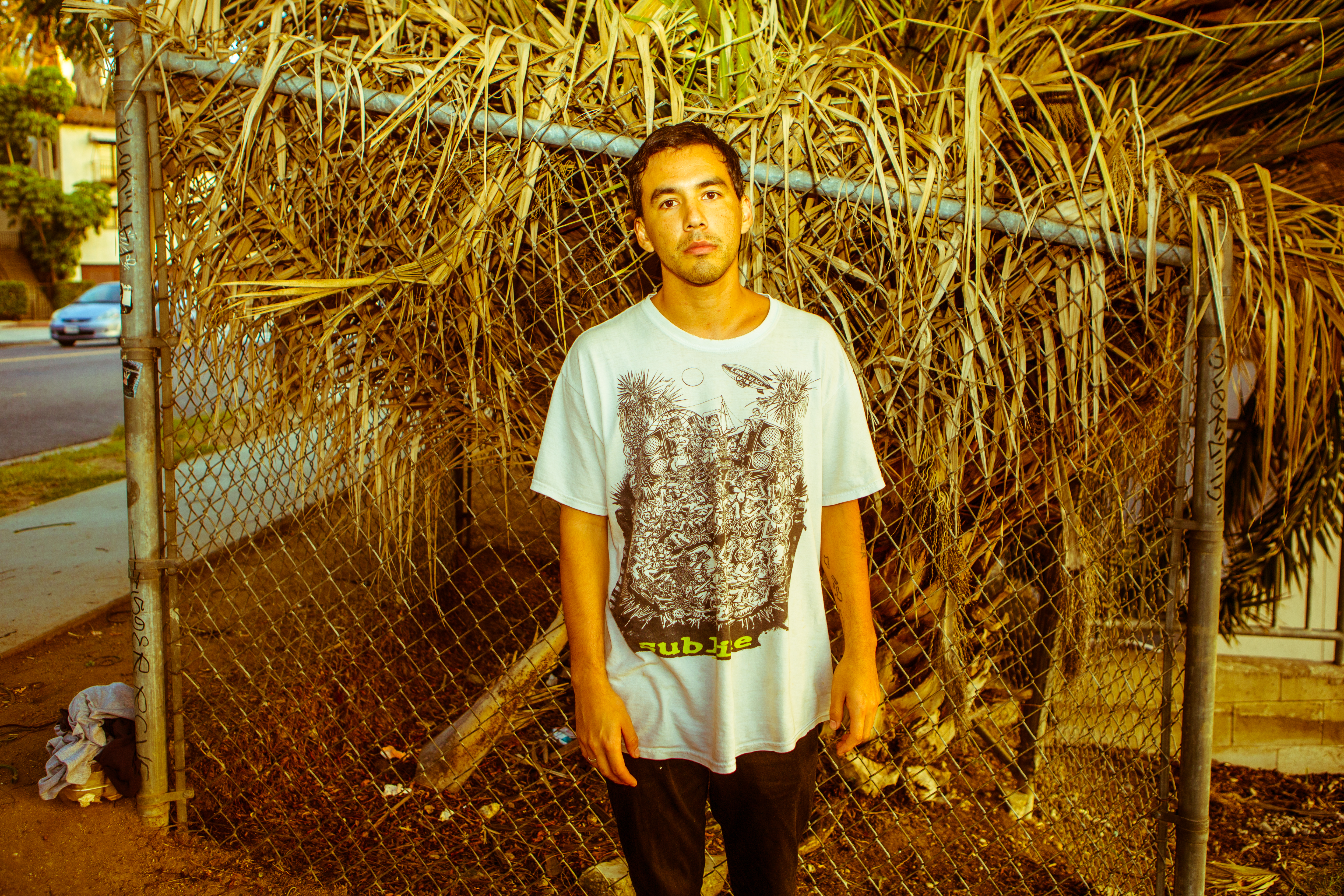 Inside a 3,500-square foot saloon called Monty Bar in the Westlake section of Los Angeles, Max is spinning tracks from The Misfits’ Static Age. He shakes his red mop of hair and sports a black Johnny Thunders “Dead or Alive” T-shirt. “Elvis isn’t a very good DJ,” he says, laughing. “He plays good music, but he isn’t very good at it. I’m probably better.”

Behind him is a taxidermic buffalo pinned to a wall above the dimly lit wooden stage. Schwartzel looks up at the 20-foot vaulted gold ceiling that resembles a cathedral in miniature. He adjusts his bucket hat and unzips his oversize gray hoodie. He flips through vinyl records from Blondie, Ramones, Public Image Ltd., and the Cosmonauts before stopping on The Wailers’ Live Wire!!! The three have been DJing here on Wednesdays for the past year or so when not touring. To his right, Elvis, who looks exhausted, finishes his second beer of the night in a booth with some friends. He dribbles some on his red shirt, which matches his sunburned face. Carper doesn’t join the band for these evenings.

“It would be a lie to say it wasn’t hard to deal with when Zac was using,” says Max. “Dealing with a junkie was never an easy or fun thing.” He looks uncomfortable talking about this, the same impression I get from all the members when discussing Carper’s addiction.

Schwartzel, while fiddling with the volume at the deck, adds, “Basically, we used to get fucked up all the time. We were all partying, so you never thought that it was a problem, because we were having fun. I think when it got to the point that it got bad for him, when he needed to get help, it really affected me. We’re very close. You start thinking, Why is he doing this to himself all the time?’ It had a big effect on all of us.” 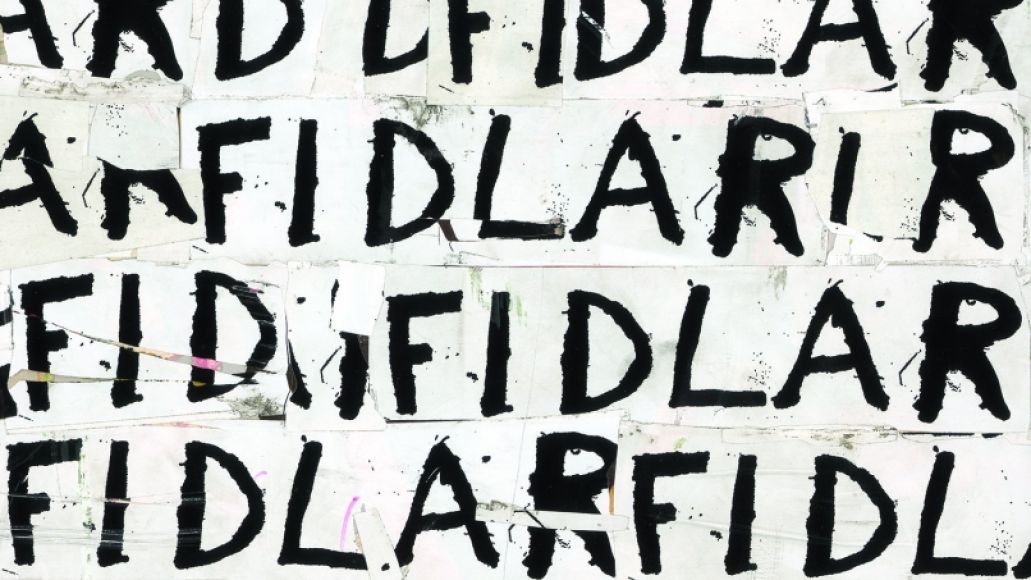 The band first sang about their wild party lifestyle on their self-titled 2013 debut, focusing on what it’s like to be young, drunk, and not worrying about the future. But a few songs like “Stoked and Broke” took a darker approach, discussing the idea of the bandmates smoking weed until they died because all their friends are pieces of shit.

“In the beginning, the goal for me was to play and write music,” says Elvis. “I wanted to start this band and not be controlled by anyone. ‘Cheap Beer’ was our first song and single from the record. It was a fun party song, like most of our songs, but it was a different time then. We have all progressed and changed. I guess the biggest thing now is that we are making music and touring, and living off that money, which is rare. It became a job instead of just a fun thing we did.”

“It was hard for four young people to start a business together,” adds Max. “We had our differences and stuff, which can be tricky, but you have to make it work. But we are all a little bit older now, and our mindset has changed. I was 19 when we first started touring. I didn’t go to college, and I didn’t have a whole lot of responsibility. Back then, we were partying all the time. I don’t wake up anymore and start drinking. Partying hard like that gets old and boring. You grow out of it.”

In 2011, the band left California to perform at SXSW in Austin, Texas, for the first time. Carper had scabies that he acquired from sleeping in drug dens. He drove down with stand-in drummer Danny Nogueiras and Elvis. They had a stash of acid and ecstasy in their car. The guys buried their stash on the side of the road on the freeway before they went through border control.

“We didn’t know exactly about the Texas border, but we know they can be pretty gnarly about drugs, and there was a dog there,” Elvis recalls. “So we mapped the location on our phone so we could come back to get the drugs.” On the way back, the boys took all of them. Schwartzel paints the picture: “I was tripping just watching a McDonald’s truck with ice cream cones on the side for 20 minutes or so.”

“Yeah, I was fucked up,” says Carper. “But I was a huge junkie. I was a full-on heroin addict and meth head. I’d do heroin and then I would have to get up to play a show or something, so then I’d smoke some speed. I don’t even remember many of the shows I played. It was just kind of this bipolar-ness, until I would crash and burn after a week or so of staying up. And then I would have a freak-out and sleep for three days or some shit.”

Carper was still hooked on drugs when the band began writing songs for Too. By that point, he had been in and out of rehab five times, and the other members were getting fed up. He finally checked in one last time. “I wanted to kill myself every day. But being a junkie got boring. When I was in rehab, nobody in the band wanted to talk to me. I don’t think I had ever been sober more than a month,” he says, looking around the restaurant. “The band wasn’t talking to me. I stopped caring what they thought of me, too. I thought we were done.”

The last time Carper left rehab, he was determined to use again. He was depressed, and all of his close friends but Schwartzel had abandoned him. The only others who hung around were still using themselves. Fortunately, he got a call from Green Day lead singer Billie Joe Armstrong, who had gone through addiction problems of his own. He talked to him for an hour on the phone, advising Carper that it was worth it to try to stay clean.

“I probably wouldn’t be sober today if Billie Joe didn’t call,” he says. “He really helped me when no one else was there.”