Rest assured, Josh Trank wanted something more out of Fantastic Four. Last summer, while the project was still filming in Baton Rouge, Louisiana, producer and co-writer Simon Kinberg insisted that 20th Century Fox’s young director, still hot off of 2012’s Chronicle, “had a very clear vision as to what he wanted the movie to be, tonally especially. He knew he wanted it to be a more grounded, more character driven, more emotional, and a little more dramatic movie…”

Those thoughts later gelled with Trank’s own from earlier this year, especially after he cited the work of David Cronenberg as an influence — specifically, 1981’s Scanners and 1986’s The Fly. — explaining: “I always viewed Fantastic Four and the kind of weirdness that happens to these characters and how they’re transformed to really fall in line more with a Cronenberg-ian science fiction tale of something horrible happening to your body and [it] transforming out of control.

“The potential for a hard sci-fi take on that material makes me really excited,” he continued. “Superhero movies have become a genre unto themselves and I didn’t really grow up on superhero movies. I grew up on genre movies before superhero was a genre… I want it to feel like it’s its own thing.” This last statement is by far the most telling of what possibly went wrong with Trank’s reimagining, namely because what has surfaced on-screen feels less like a movie and more like a template.

Now, given Trank’s recent dismissal from Disney’s Star Wars Anthology film and the pile of nasty rumors suggesting he was “erratic,” “indecisive,” and “very isolated” during production for Fantastic Four, there’s reason to believe this film might fail to capture the “clear vision” that Kinberg praised not so long ago — and it does. What came to fruition is a conflicting, mangled origin film that hints at meditative glory yet crudely succumbs to the traditional expectations of a modern superhero film.

No, Fantastic Four is a patchy affair and one that’s been stunted by a soulless and exposition-lined screenplay, which was likely scrapbooked together after juggling between the hands of Kinberg, Trank, and Jeremy Slater. As such, the pacing’s off, the characters never connect, and the sequencing is all jumbled. This all makes for a troubled film that begs to be called “stoic,” “sterile,” or “shambolic,” though despite all of this, there’s still enough ingenuity within this mess to appreciate at face value.

For one, Trank’s initial ideas of zeroing in on the oft-ignored body horror of the Fantastic Four is brilliant. Softly hidden beneath the film’s lofty focus are four youths terrified at the powers they’ve been given, which is undoubtedly an intelligent upgrade from the comical melodrama of Tim Story’s laughable interpretation years ago and an insightful spin on Stan Lee and Jack Kirby’s original design. It’s a damn shame the film fails to capitalize on this terror, derailing itself instead with mindless action.

This is incredibly disheartening because the film’s visual effects are pretty impressive and believable, at least when they’re localized to the characters’ newfound strengths and not repeatedly exploited to conjure up larger-than-life portals and far-away worlds. During the film’s quieter moments, Mr. Fantastic, Human Torch, Invisible Woman, and especially the rocky Thing have never looked so haunting and tangible, arguably reinforced by the respective performances from the film’s impressive cast.

Or rather, the film’s underused cast. Everybody knows Miles Teller (Whiplash), Michael B. Jordan (Fruitvale Station), Kate Mara (House of Cards), and Jamie Bell (Snowpiercer) can do fantastic (pun intended) things on celluloid. The same goes for Toby Kebbell (Dawn of the Planet of the Apes), Reg E. Cathey (House of Cards), and Tim Blake Nelson (Unbreakable Kimmy Schmidt). All of them have delivered big time over the past couple of years, and none of them elicit much of anything here.

So, what happened? All signs point to a problematic script and an equally problematic production that muddled whatever this was supposed to be. Now, if we’re playing Team Trank, and leaning heavily on speculation, it’s likely this was originally going to be a dramatic and dense origin story that was light on any action and super heavy on character. Considering that the film’s more tranquil moments are easily its strongest, that direction might have been for the best. But hey, who knows.

What’s really frustrating about Fantastic Four is that this should have been an easy sophomore win for Trank. After all, what made Chronicle resonate with audiences was its gripping naturalism and uncanny ability to capture both the horror and wonder of three teenagers experiencing an unlikely gift of strange abilities. Hell, that’s why he got this job and that’s why so many fans (including, ahem, 20th Century Fox) were so excited to see what could have happened.

But let’s play Devil’s advocate for a moment. Let’s assume the on-set rumors are valid and Trank was indeed “erratic,” “indecisive,” and “very isolated.” Let’s also assume the studio didn’t squash any of his ideas. If that’s really the case, and he simply couldn’t make that “clear vision” of his work, then that’s nothing more than another creative tragedy in the sad, sad world of Hollywood. Whatever the truth, Fantastic Four will forever remain a fractured vision, another could be, a never was. 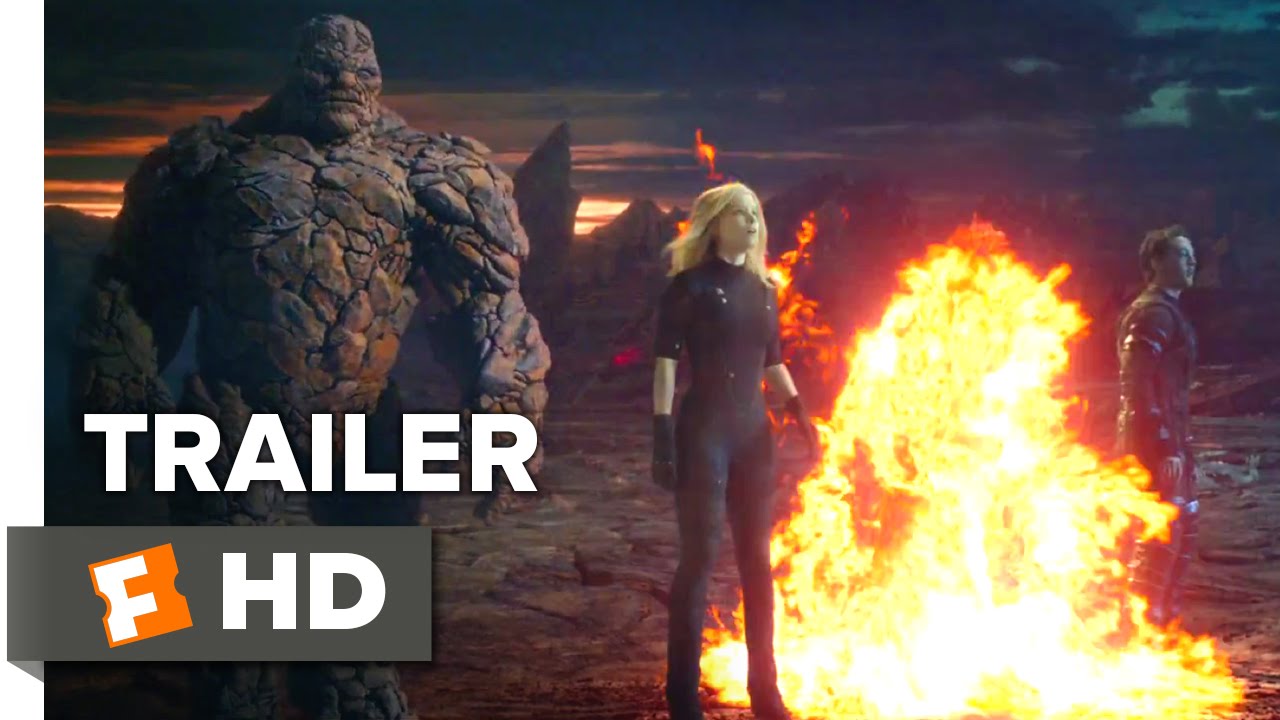