The man behind the highest-grossing film of 2015 has been tagged by Disney to helm the ninth installment in its Star Wars franchise. Jurassic World director Colin Trevorrow will oversee Episode IX.

Disney announced Trevorrow’s involvement during its annual D23 Expo in Los Angeles on Saturday. The 38-year-old director is the latest to join a stable of hot shot young filmmakers tasked with bringing Star Wars back to the silver screen over the next decade. J.J. Abrams is helming Star Wars: Episode VII – The Force Awakens, due out December 18th, 2015. Rian Johnson (Looper) is writing and directing Episode VIII (and is also writing Episode IX), Phil Lord and Chris Miller (The LEGO Movie) have been hired for a standalone Han Solo movie, and Gareth Edwards (Godzilla) is behind another standalone film called Rogue One.

Speaking of Rogue One, Disney also announced the full cast and crew for the film ahead of its December 16th, 2016 release. Felicity Jones (The Theory of Everything) leads a cast that also includes Diego Luna (Milk), Ben Mendelsohn (Bloodline), and Hong Kong action star Donnie Yen, along with the legendary Forest Whitaker. See a full cast photo below: 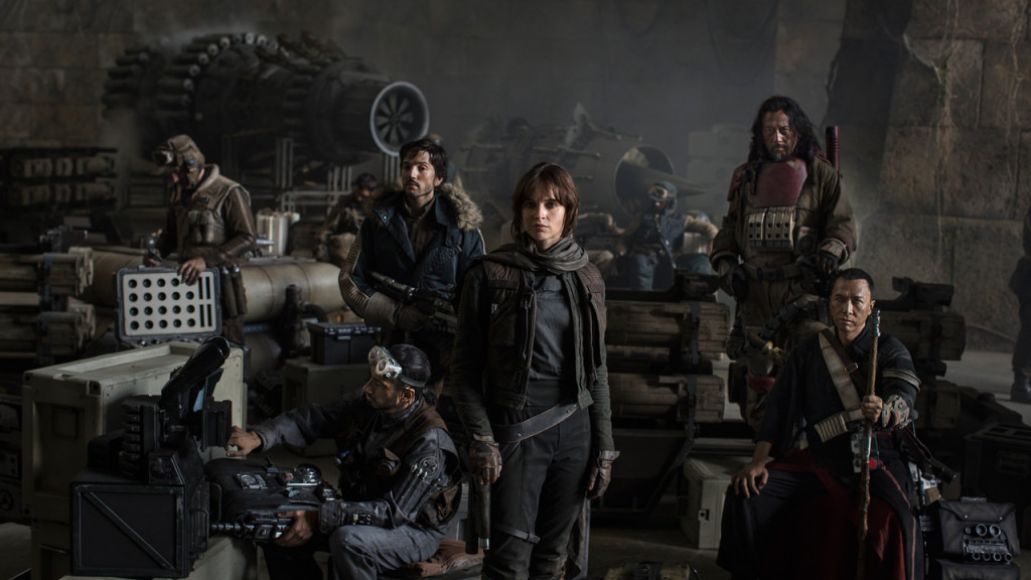 The plot for Rogue One centers around a group of resistance fighters who have united to steal plans to the dreaded Death Star. Principal photography is underway.

Additionally, Disney announced plans to create Star Wars-themed lands in both Disney World and Disneyland. “Ambitious plans to bring Star Wars to life in the two parks include creating Disney’s largest single-themed land expansions ever at 14-acres each, transporting guests to a never-before-seen planet, a remote trading port and one of the last stops before wild space where Star Wars characters and their stories come to life.”

“These authentic lands will have two signature attractions, including the ability to take the controls of one of the most recognizable ships in the galaxy, the Millennium Falcon, on a customized secret mission, and an epic Star Wars adventure that puts guests in the middle of a climactic battle.”

Check out a pair of artist renderings of the new land: 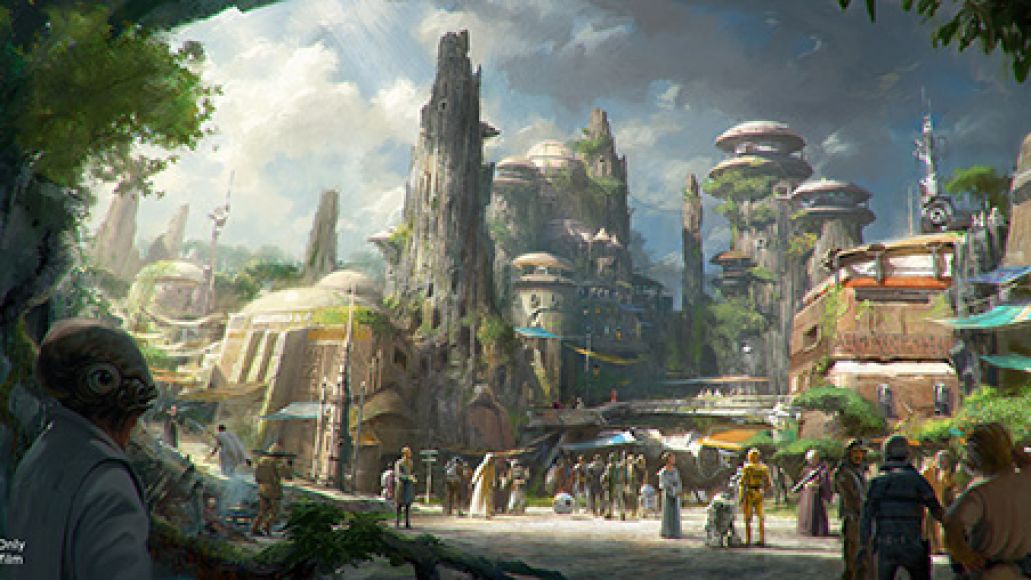 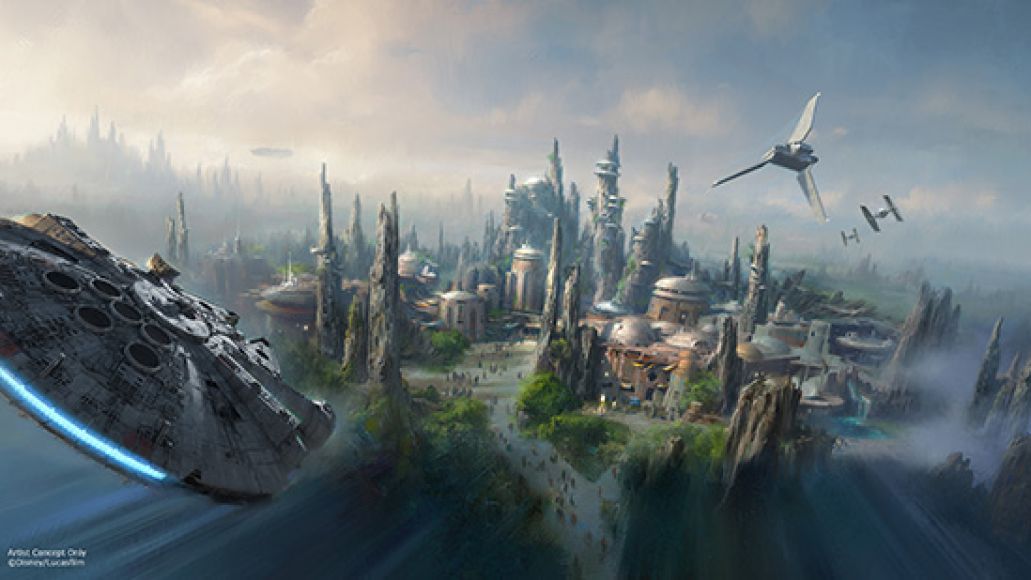 Lastly, Disney has revealed a new poster for The Force Awakens created Drew Struzan who also did the original artwork for the original Star Wars movies as well as Indiana Jones.