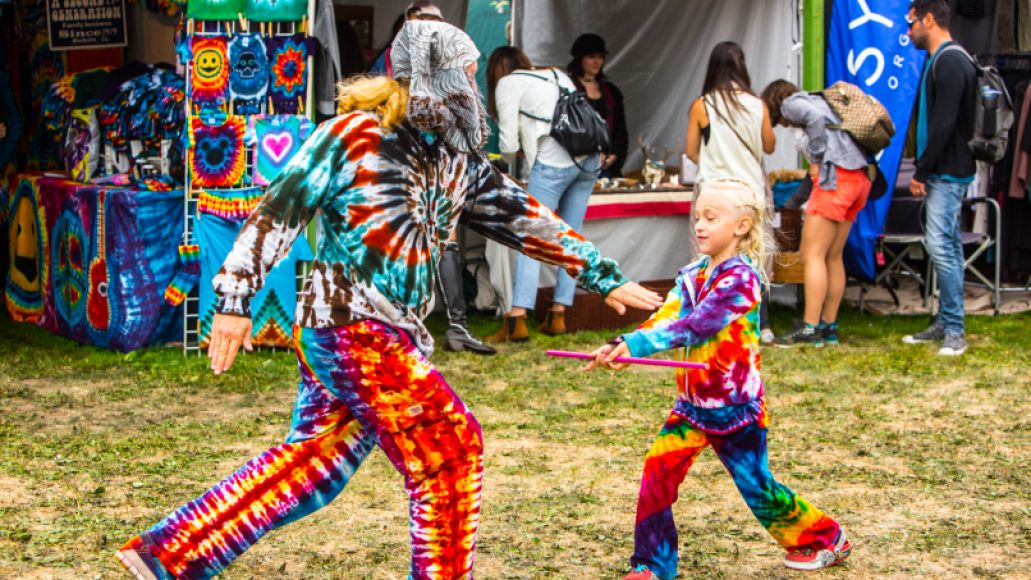 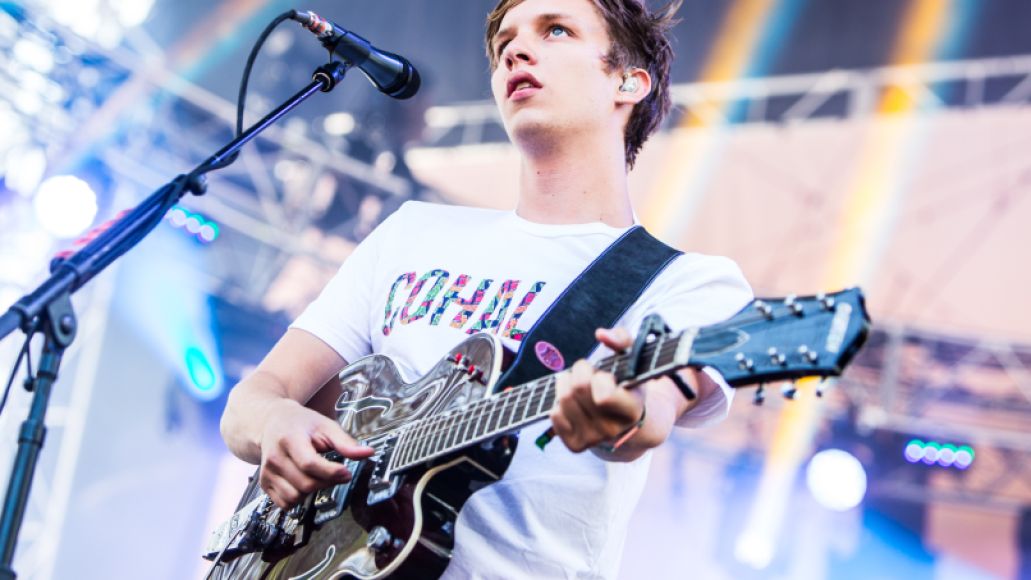 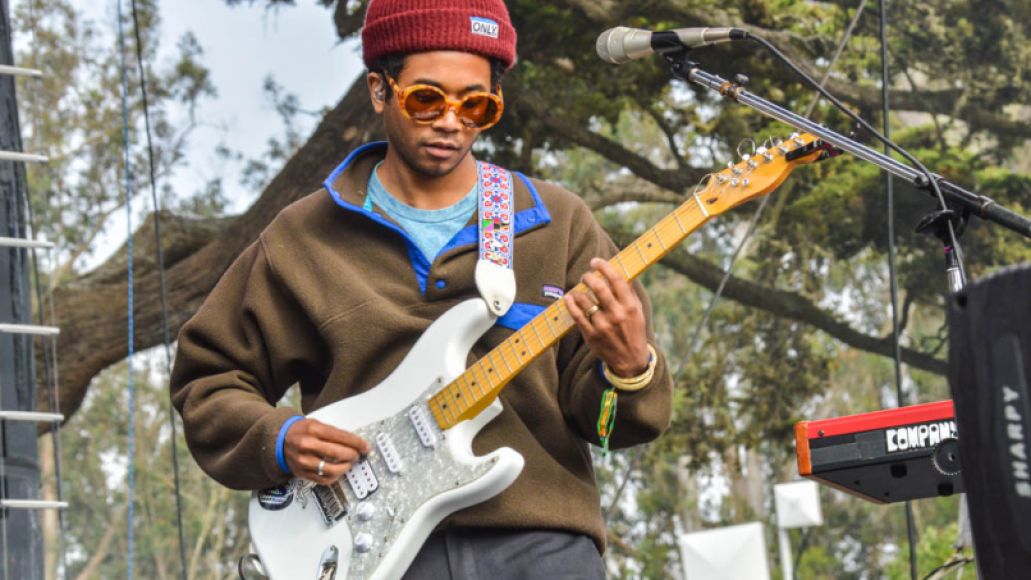 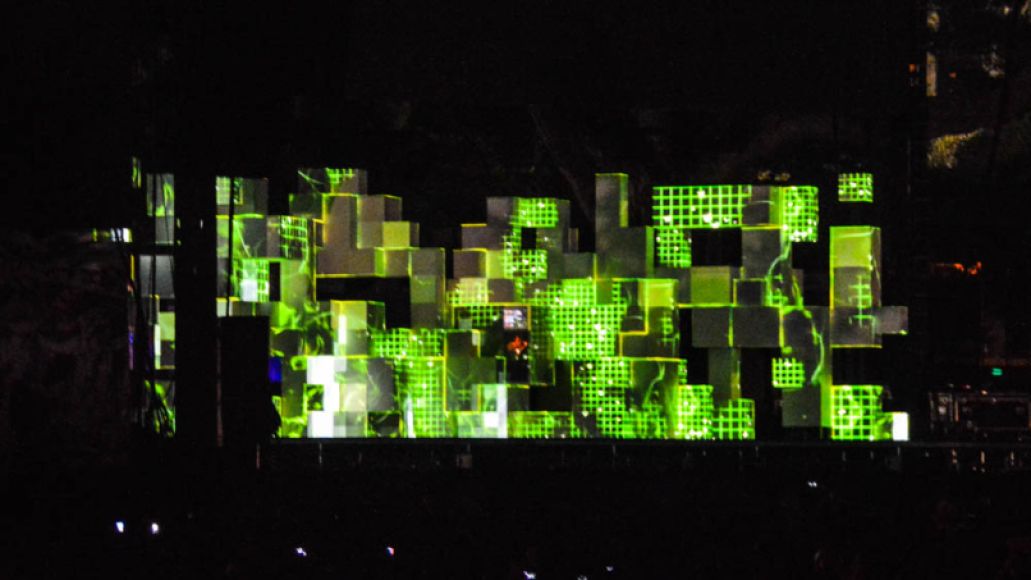 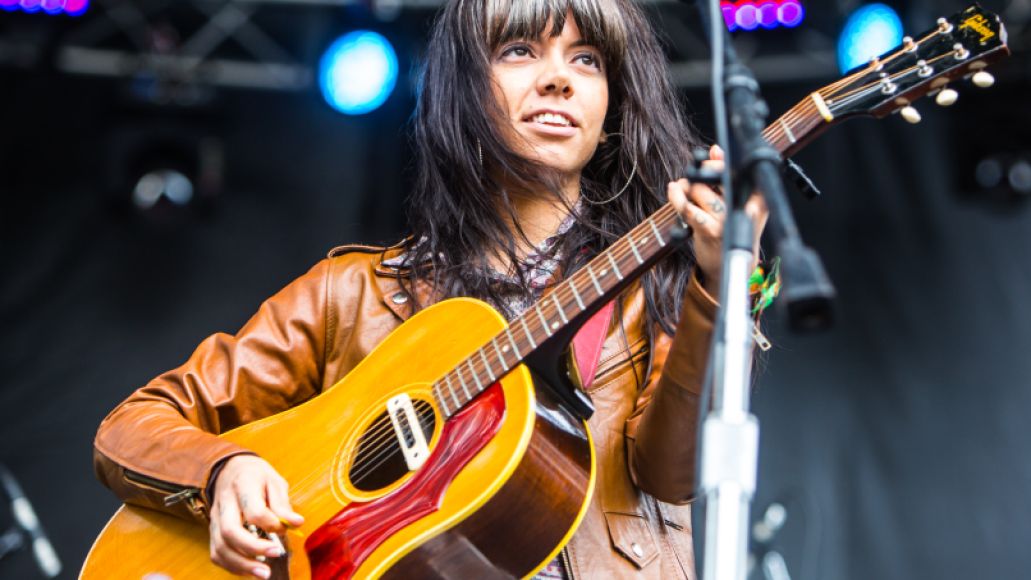 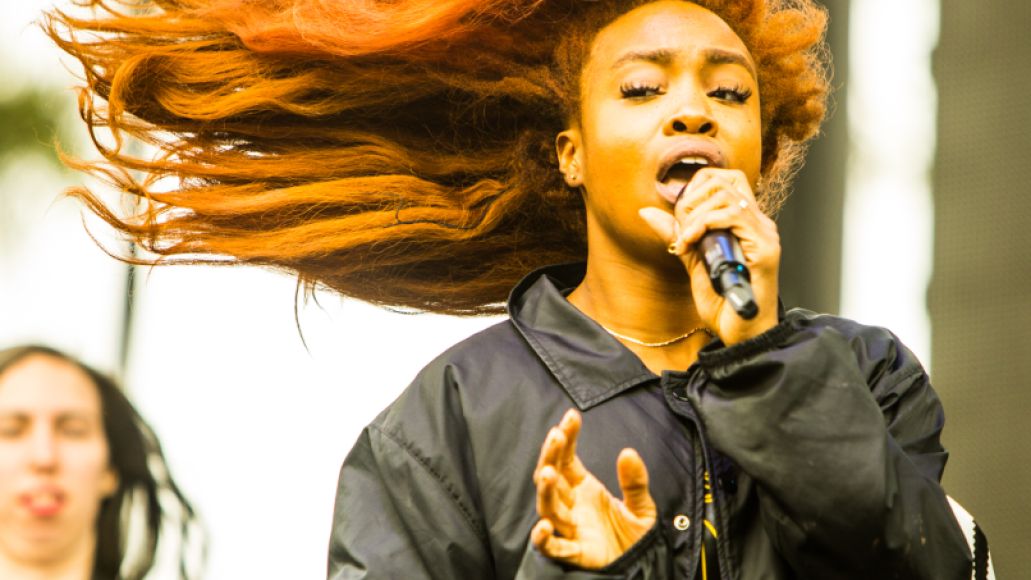 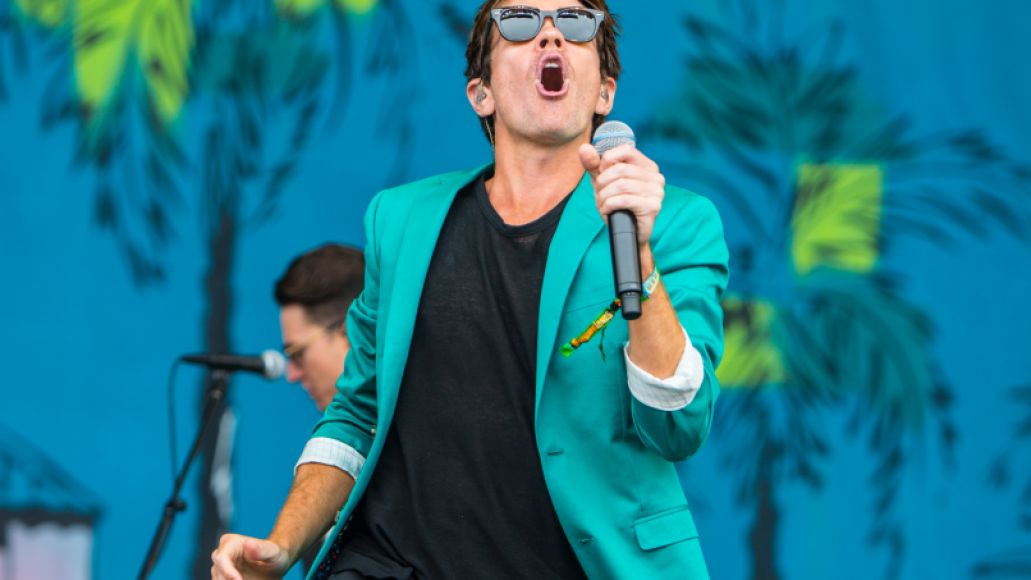 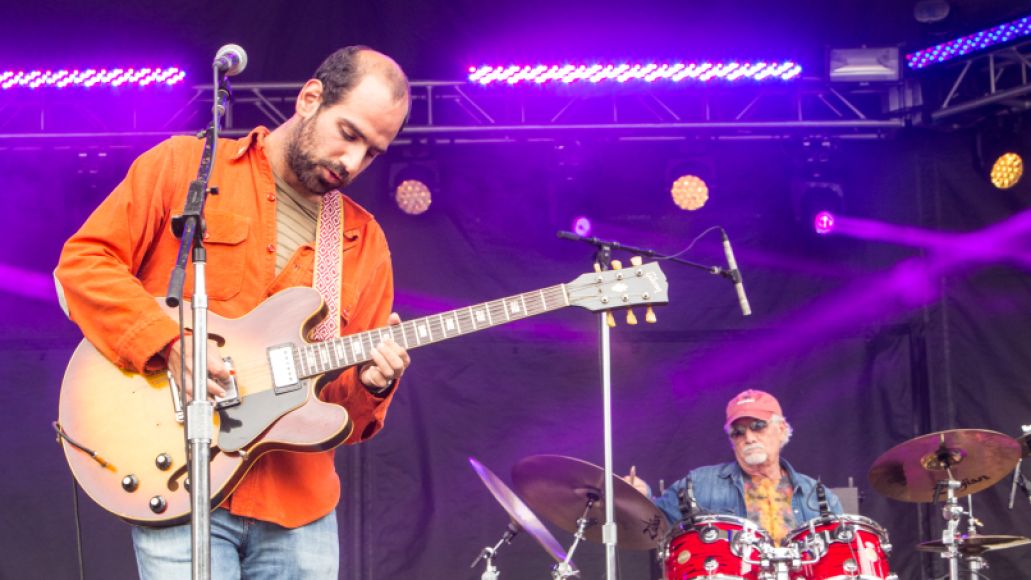 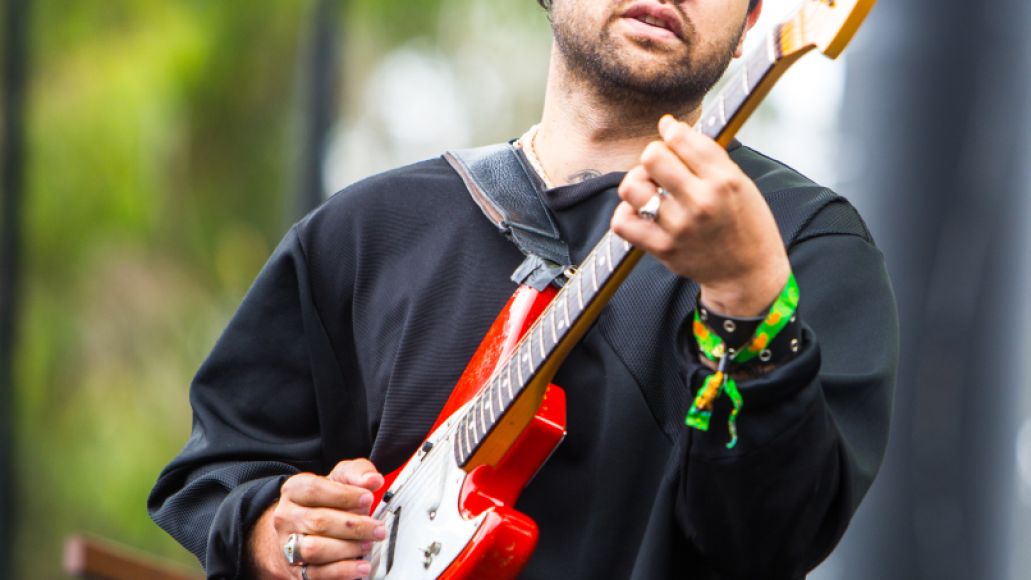 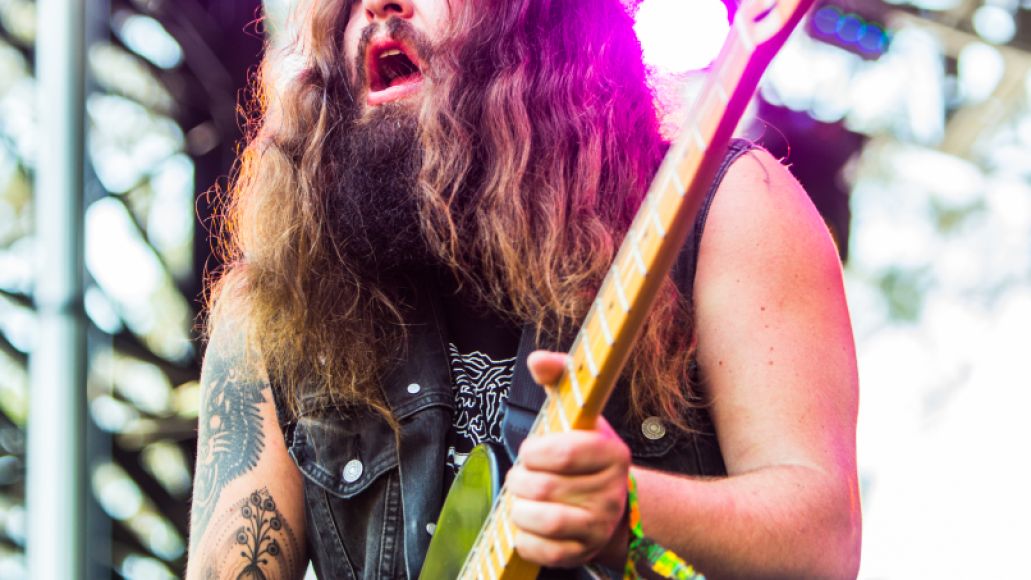 “Strand of Oaks” is just about the folksiest name a folk-rock act can choose. But Strand of Oaks is rooted firmly in rock music. Some of Timothy Showalter’s songs may begin with that quintessential slow piano. But then the volume turns up to 11 and the guitar fuzz rips you a new one, like on his single “Goshen ‘97”, which sounds more like Dinosaur Jr than it does a Bon Iver copycat (and for good reason, since Dino Jr’s J Mascis actually plays on the song). Sometimes, on record, he pairs this sound with synths. At Outside Lands, though, he and his band stuck to the conventional guitar, bass, and drums format. It certainly rocked, but it did sound thin without the detail he crafts in the studio. –Mike Anderson 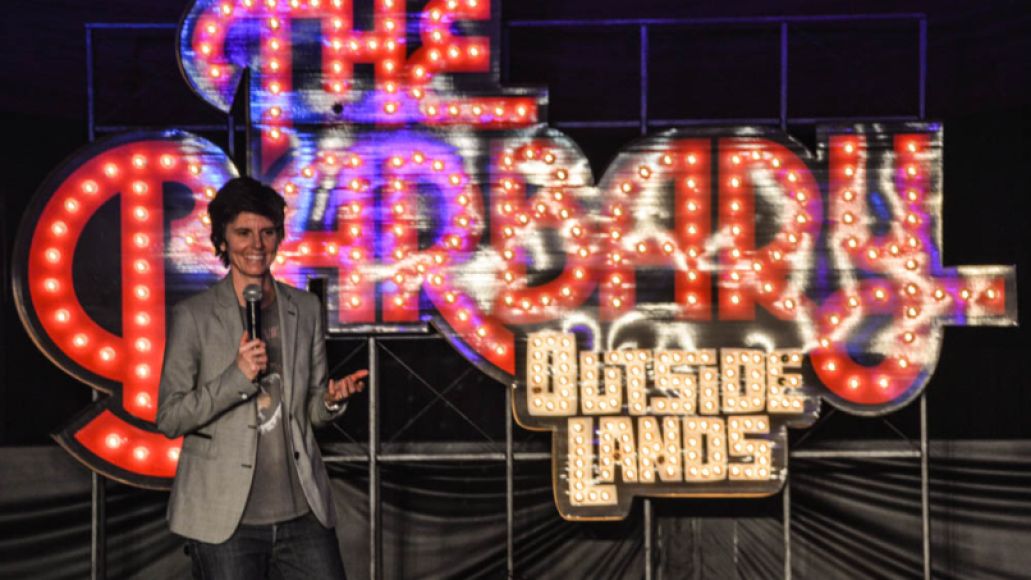 The Barbary comedy tent was impressively packed for a triple-bill that asked its attendees to forgo Wilco and Chet Faker, among other acts, for laughs. First was James Adomian, who put aside his better-known personas like Huell Howser and Jesse Ventura (frequent Comedy Bang Bang guests) for a set well suited to his audience, focused on the tribulations of renewing his marijuana card and the reality behind the lyrics of Bowie’s “Space Oddity”. Of course, the biggest laughs still came from Adomian’s spot-on impressions as he tackled Lewis Black reading a teenage girl’s diary and Louis CK doing … something.

Second to the stage was Andy Kindler, who spent his 20-plus minutes insulting other comedians, repeatedly referencing Hitler, and telling increasingly unfunny jokes that I hope for his sake he was making up on the spot. Insulting Dane Cook is all well and good, but it comes off pretty poorly when your jokes about Cook are worse than anything Cook says in his act. Fortunately for Kindler, the audience waited through his nonsense for a chance to see closing comic Tig Notaro.

Tig took her half-hour set and stretched it into double that length, interspersing planned material about the Kool Aid man and her wisdom tooth surgery with inspired crowd work. When one guy yelled out some indecipherable gibberish, Notaro launched into an analysis of what his mindset must have been when he chose to speak out, to great effect. Late in her set, the recognizable notes of Mumford and Son’s “I Will Wait” permeated the tent, which was questionably placed in direct range of music pollution from other stages.

The comic didn’t flinch, instead imagining for the crowd what it would be like if Mumford and his offspring were forced to perform as the sounds of her material played over their music. In most comics’ hands, the break from proven jokes may have faltered, but in the acerbic, patient words of Notaro, it was but the latest evidence of her place as one of the most original stand-ups working today. –Zack Ruskin 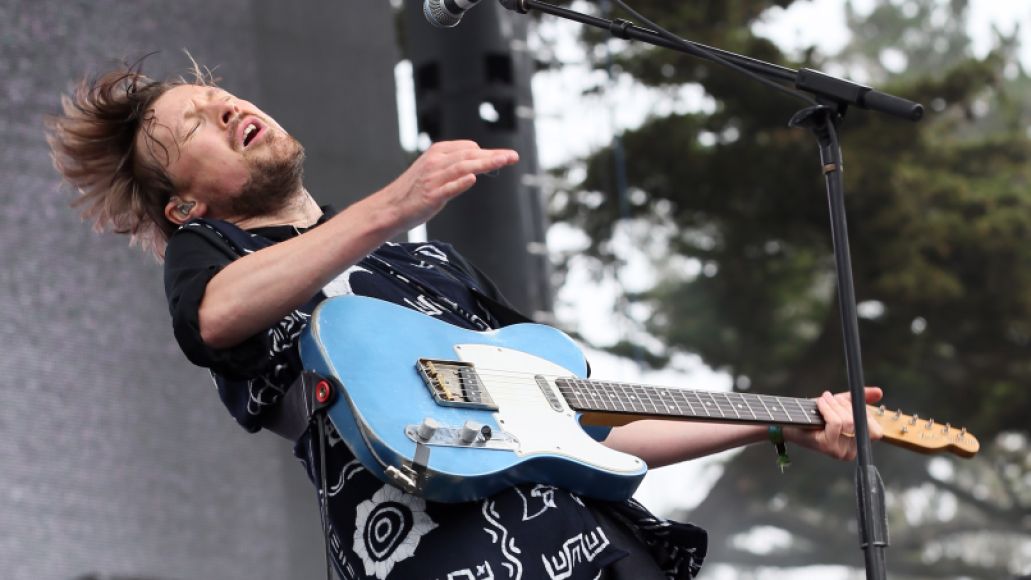 Many music critics have compared Django Django to the Beta Band for their poppy approach to psychedelic rock. It’s an easy and lazy comparison because their producer and drummer is the younger brother of Beta Band member John Maclean. While Beta Band’s psychedelia is more of a cool head rush, Django Django’s is a rodeo. The guitars and drums bounce and insist that the crowd jump up and down. The crowd obliged. –Mike Anderson 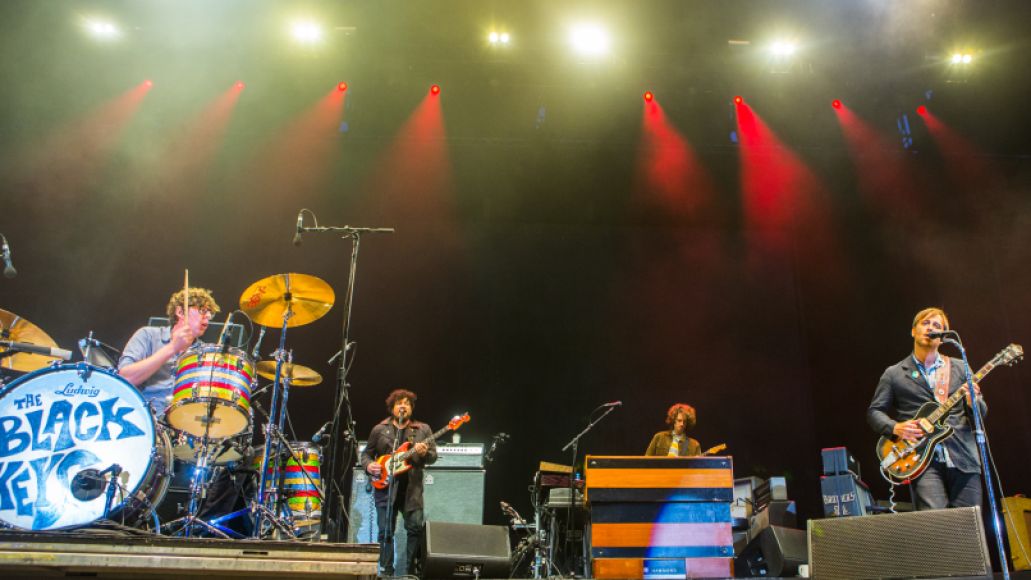 For American audiences, the Black Keys have hardly been in the spotlight of late, with Outside Lands marking just one of a sparse handful of American tour dates in 2015, but the band showed no signs of rust, delivering an 80-minute set that celebrated their entire career and left fans satisfied. The downside to their set was that they were up again Kendrick Lamar, who split the OSL crowd and in the end probably drew more fans, with the Keys’ audience slowly diminishing over the course of their set. In the end, it didn’t end with a bang, with the band exiting a few minutes before they had to and not quite going for broke as the Saturday night headliner. Still, the band is a reliable headliner at this point in their career and hard to fault for giving a predictably solid set. –Philip Cosores