This is the final weekend of Banksy’s “bemusement park” Dismaland, and the provocative artist treated attendees to quite the array of musical guests. On Friday night, the likes of Damon Albarn, De La Soul, and Pussy Riot all hit the stage.

De La Soul appeared as a last-minute replacement for previously announced headliners Massive Attack. The hip-hop collective’s set did not disappoint, as Albarn (wearing a mask) appeared as special guest and performed “Feel Good Inc.” In typical Banksy fashion, the image of UK Prime Minister David Cameron was projected in the background.

Meanwhile, Pussy Riot’s elaborate set featured a mock riot between police and activists. The band performed from inside a cage and debuted a new song called “Refugees In”. According to a press release, “the piece highlights the difference between the governments approach to the refugee crusts and the public sentiment. Their performance is the beginning of Pussy Riot’s ongoing engagement with the refugee crisis.”

Check out video and photos from the various performances below. 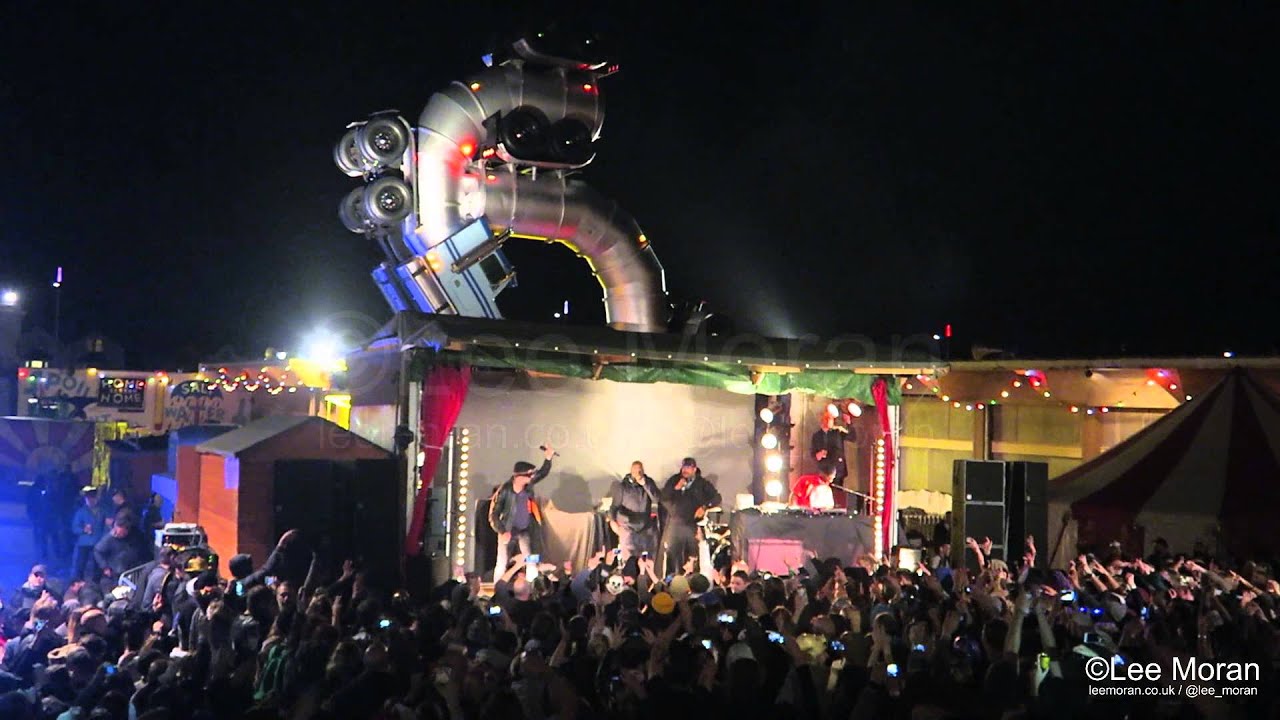 Onstage with De La Soul, Damon Albarn and David Cameron watching over us all.. #Dismaland you couldn't make it up! pic.twitter.com/GPqxYb7SaF 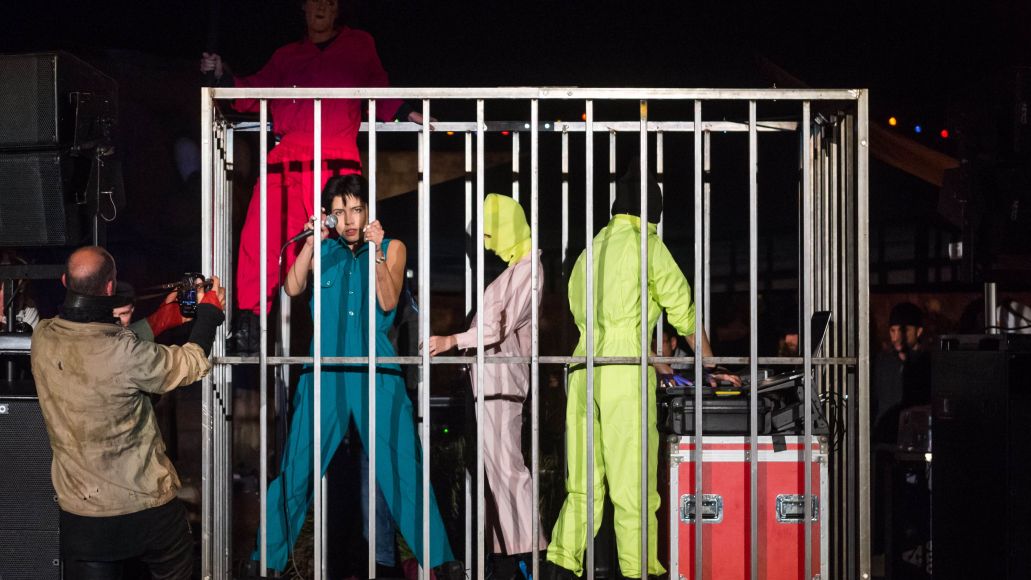 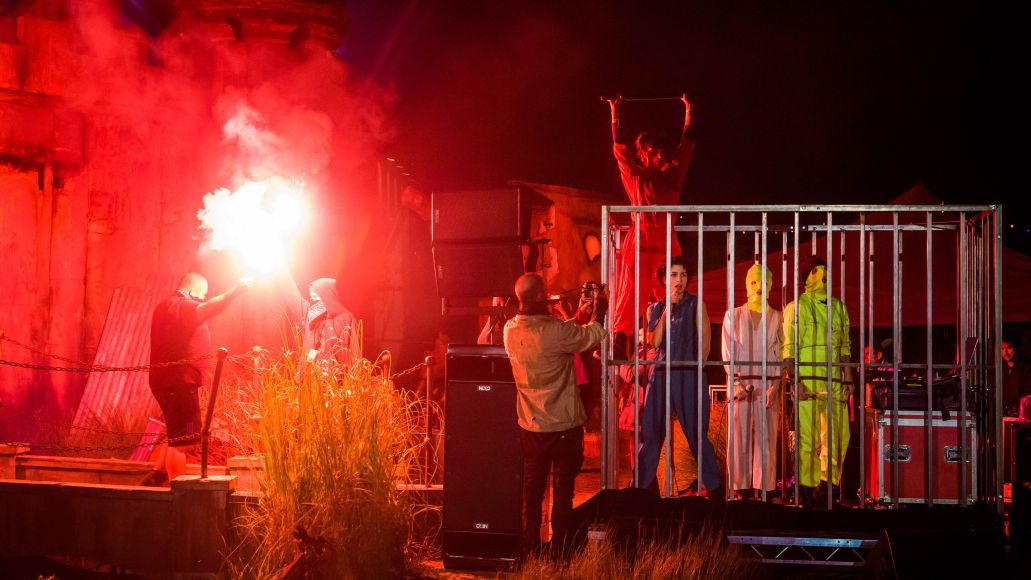