Maze Runner: The Scorch Trials takes the franchise filmmaking mentality to new heights. Not only is the film a sequel to last year’s hit YA novel adaptation, but The Scorch Trials ends up changing genres, tones, villains to a point, and generally feels like a very different film than its predecessor by almost any measure. To a point, this is a virtue; Scorch at least feels more like a feature-length film than The Maze Runner, which played like a sizzle reel for another film that would eventually follow it. It doesn’t shed all the problems of that prior installment, but it’s a start.

After they found their way out of the maze, Thomas (Dylan O’Brien) and his friends finally think that things are going to turn in their favor. They were rescued from WCKD, a nefarious and acronymic organization that still sounds incredibly silly when said aloud with menace, and the company desperately chasing a cure for the apocalyptic virus inside the film’s universe. Instead, the half-dozen survivors from the original film’s maze are taken to a compound with others like them, other teenagers forced to fend for their lives inside other grand experiments. But from the moment Mr. Janson (Aidan Gillen) appears to assure them that the nightmare is finally over, it’s pretty clear that the nightmare is just getting started for Thomas and company.

The Scorch Trials does a fine job of expanding the larger Maze Runner mythos, even as it repeats all manner of sins from the first go-around. Director Wes Ball handles the film with considerably more assurance this time around, in part due to the rather staggering genre shift on hand; the franchise went from a dystopic tale of children battling bug-like creatures to a zombie movie so quickly that the two films barely seem like part of the same story. Because The Scorch Trials dives headfirst into a genre-heavy approach, the film plays less like a tale of chosen ones fighting the system and more like a breathless, nonstop march toward the vague hope of survival, one where stopping to breathe for a few minutes can be fatal and most of the world they encounter has already abandoned optimism long before they ever showed up.

That breathlessness works from a thematic standpoint, but it’s less becoming when exhibited by the film. The Scorch Trials races through dramatic beats one after the next, even those which feel as though they should warrant a more patient eye. Lives are lost and allegiances traded, all preparing for a larger showdown in the eventual conclusion to the trilogy, and the film speeds through them as though even at a glacial 131 minutes it’s struggling to fit everything in. Whether it’s a rebel encampment overseen in part by a scenery-gnawing Giancarlo Esposito or a mall buried beneath countless years of sand and global erosion, the film’s curious setpieces take a backseat to the importance of moving through the novel’s beats as expediently as possible.

While the Maze Runner world has always played as a little bit derivative (again, chosen children attempting to disrupt a repressive status quo, usually through revolutionary acts of violence), there’s an appealing bleakness to the film’s moral dilemma that two installments have now failed to address with any real gravity or honesty. After all, this is a universe in which children are used as literal lab rats, running through mazes in the hopes of a greater good. But yet, The Scorch Trials rarely finds the time to work in any kind of consequence, which is bad when it concerns the number of people killed offscreen (staggering if you stop to think about it for any length of time) and worse when it involves moments like the one on hand here in which Thomas and a newfound cohort end up at a dystopian nightclub where the children chug hallucinogens in hopes of forgetting the tragedy of their world, which ends in a brief freakout and the film then moving on. After all, who cares about the larger world when there’s plot to work through.

While it’s admirable that The Scorch Trials stands on its own as an acceptable entry into the franchise, “acceptable” seems like tepid praise at best. However, it’s the most that can be mustered for a film that, while improving in this arena, too often still feels like a commercial for another movie, when all the real action will finally play out. After roughly four hours of table-setting, one would think that these films could find something more than the same muted color palettes and dramatic shots of doors closing to generate intrigue, especially when blind, sun-scorched zombies are on the loose. Maybe we’ll get to it next year. 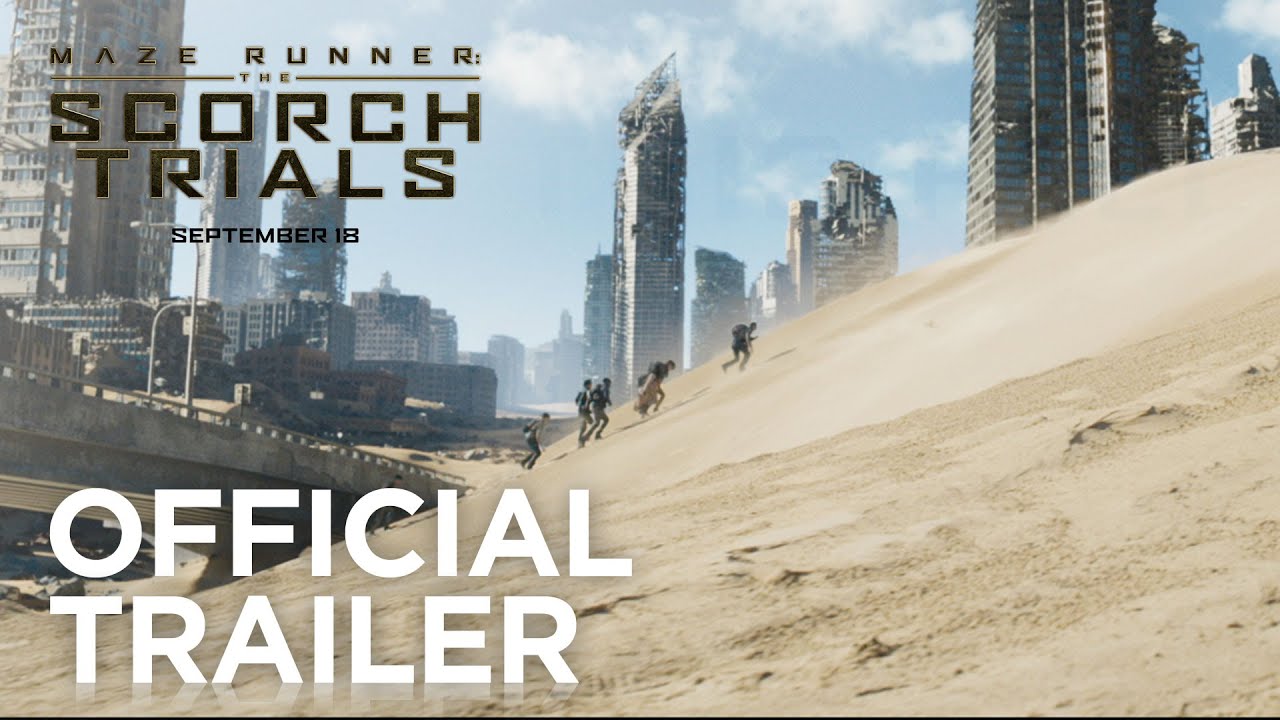