If there’s one thing music lovers can agree on, it’s this: Going to shows should be fun. Sure, gigs come with plenty of volatile elements that can dampen the experience — an out-of-tune guitar or beer spilt on your shoes — but everyone should look forward to a good time congregating with fellow fans to hear songs they love performed live. For many, though, concerts can be hostile and even dangerous situations — places where people are made to feel out of place or unwelcome.

Savages and Speedy Ortiz know this well. Over Labor Day weekend, both bands independently called for safer and more inclusive concerts in different ways. On Sunday, Savages posted an open letter on social media relating the story of a wheelchair user who left a Savages show early because he could not see anything after being blocked by the crowd. “PLEASE MAKE SURE PEOPLE IN WHEELCHAIRS WHO PAID A FULL PRICE ARE ABLE TO WATCH THE SHOWS!!!!” reads the letter. The next day, Speedy Ortiz introduced a help hotline for fans who might feel harassed or unsafe at a Speedy Ortiz show. “Prejudicial, oppressive language and aggressive behaviors of any kind are unacceptable to us,” the band wrote in a statement. “We will work with venue security and do our best to get you out of harm’s way.” 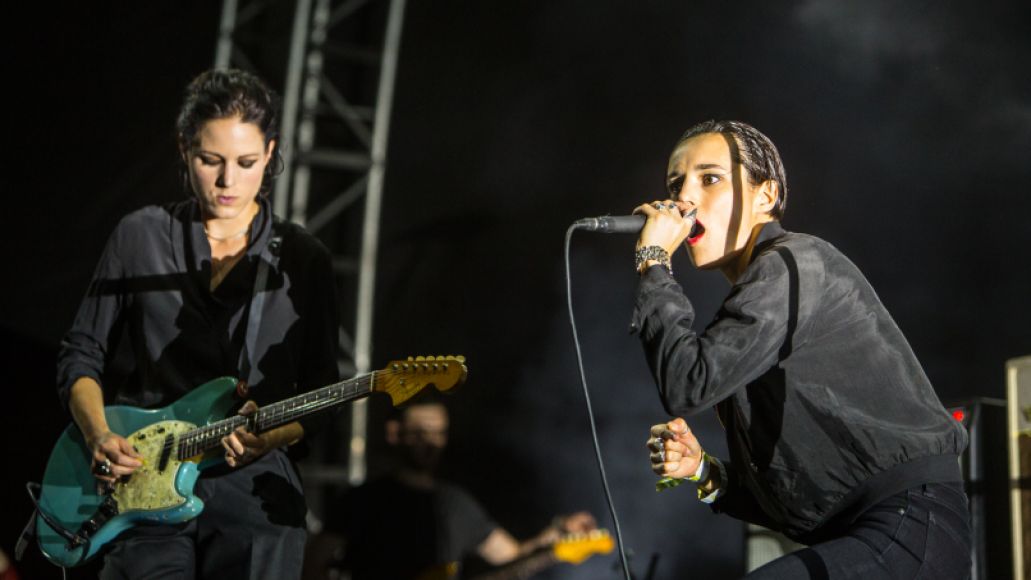 That concerts can be exclusionary and unsafe is not a revelation; often, exclusion and hostility is built into the very walls of spaces where live music is played. The physical infrastructure of venues typically caters to able-bodied and gender-conforming concertgoers (how often do you see gender-neutral or handicapped-accessible bathrooms at a gig?). Asking for shows to be more accessible to fans with wheelchairs, as Savages did, is easier said than done. People who run venues are often subject to the brick-and-mortar constraints of the buildings themselves, especially older establishments that don’t take to renovation and refurbishment easily.

Good intentions can run up quickly against physical and systemic realities, as the Fed Up Fest collective found out this year. The three-day Chicago festival, which showcases and celebrates queer and transgender voices in punk, took place for the second year running this July. Despite the organizers’ radical and strenuous commitment to accessibility, safety, and inclusivity, the last day of the festival had to be held in Benton House in Bridgeport, a location that is not wheelchair-accessible.

“There aren’t many ideal spaces in the city, really, especially if you’re choosing to exist outside the non-profit industrial complex,” wrote Fed Up Fest collective member Monica Trinidad when we e-mailed about the festival in July. “If it’s accessible, it’s way out of our price range. If it’s huge with many rooms and a kitchen to cook in, it isn’t accessible. If it’s accessible and huge, it doesn’t have the ability to have gender-neutral bathrooms. It was always a bittersweet moment when we thought we found a promising space and then it didn’t have everything that we wanted.” 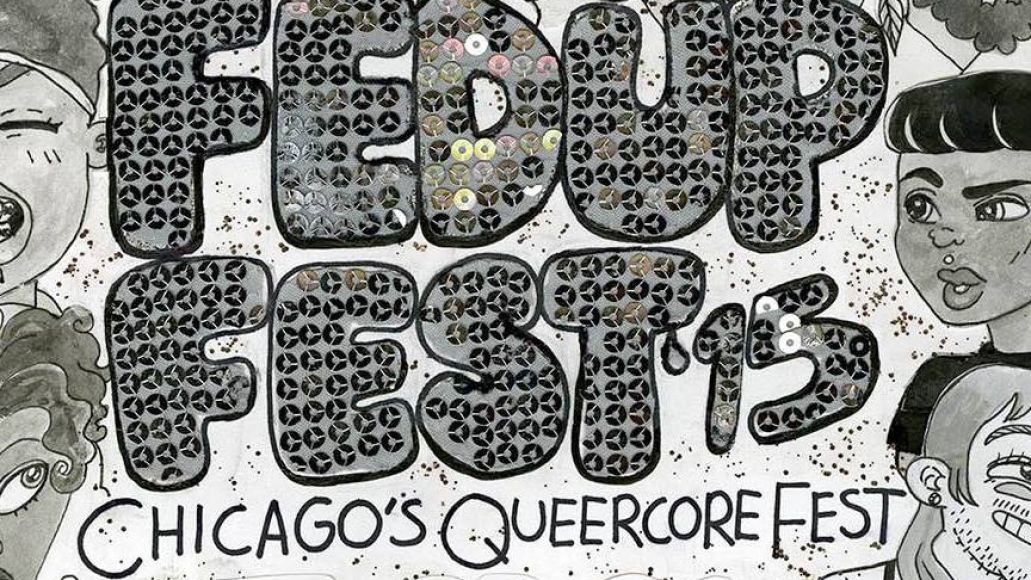 Designing and building a venue that ticks all the necessary boxes is also a painstaking struggle. Jes Skolnik, writer and vocalist of the band Split Feet, laid out in a Pitchfork op-ed this April the numerous considerations that go into planning an accessible and inclusive venue: “How will we account for height differences, if at all? Can we afford to build in some sort of tiers or bleachers? … We’ll need to have some kind of seating available for people who cannot physically stand through an entire show; what will that look like? How will artists who can’t climb stairs get up to the stage area? How do we set up our PA so that it’ll sound as good as possible from as many places as possible in the room?”

These are the questions that Skolnik has had to grapple with as president of Pure Joy, a sustainable all-ages show space in Chicago that has been in the works for more than a year now. Pure Joy has been delayed by multiple roadblocks, including the red tape erected by city bureaucracy, the monetary costs of ensuring maximum accessibility, and the lack of investor interest in an explicitly non-profit project. It’s not easy to set up a venue in the first place, let alone one that refuses to compromise on safety and inclusivity.

If insisting on infrastructural change and maximizing inclusivity by altering physical space sounds dispiriting, take heart: That’s just one part of the conversation. It’s worth noting that in their open letter, Savages took their laser stare off venues to hold their fans accountable for the well-being and comfort of concertgoers with disabilities. “It’s not just venues’ responsibility, but everyone’s responsibility,” they wrote. 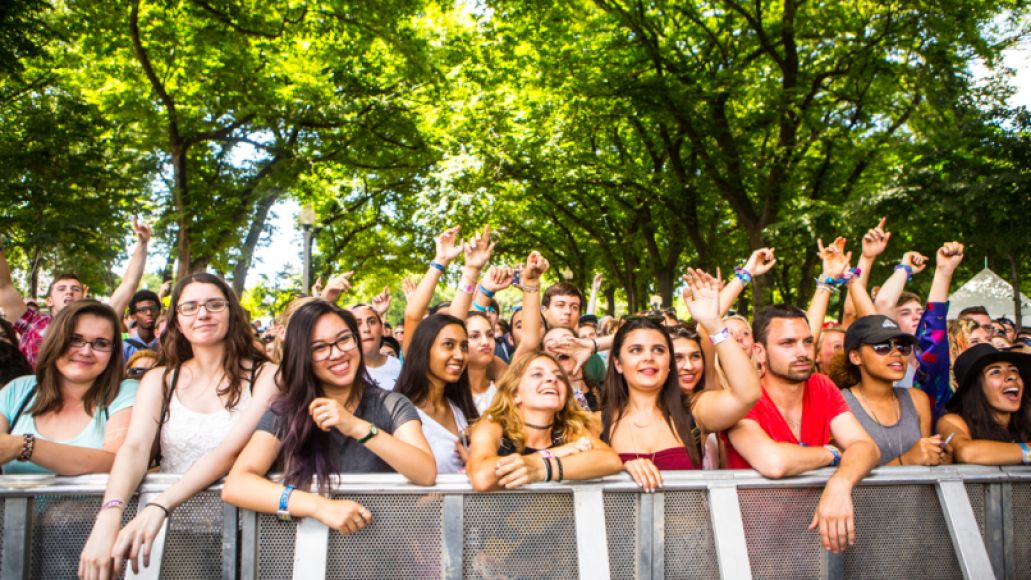 In this wired world, more people with influence in music and concert culture are taking advantage of communication networks to make concerts safer and more inclusive for marginalized concertgoers in a variety of ways. Some, like Savages, are calling out harmful and discourteous behavior, urging concertgoers to be accountable and considerate. For others, information is power: Is This Venue Accessible?, a website that assesses the accessibility of concert venues, compiles resources for concertgoers with disabilities to make informed decisions for their own well-being. Bands keen to make their shows as accessible as possible can scrutinize the list for venues they can take their music to. The project, founded by Sean Gray, also names and shames exclusionary venues, pressuring them to improve and paving the way for long-term infrastructural change.

Of course, Speedy Ortiz introduced their text message-based help hotline, a way for musicians who care about their fans’ well-being to leapfrog other negligent actors to enforce their own standards for safety and inclusivity. “i’m hoping we can leverage our privilege as performers to help keep our friends in the crowd safer,” frontwoman Sadie Dupuis tweeted. “we’ll see how it goes but i’m optimistic.”

These recent moves by Savages and Speedy Ortiz demonstrate the importance of communication to the issue at hand. Some concertgoers need to hear how and why a perfectly normal situation for them can actually hurt more vulnerable concertgoers. And once marginalized concertgoers communicate their concerns, they need to know they are being taken seriously. One of the worst things that can happen to a marginalized person is to be told that they are imagining things and their hurt is not real. Fans who text the Speedy Ortiz hotline need to know that they will not have their integrity questioned but their safety ensured.

When women protest casual sexual harassment in the moshpit or when people with photosensitive epilepsy speak out against the use of strobes at concerts, a common reaction arises: “Suck it up. This comes with the territory.” Plenty of fans see requests to lay off cultural appropriative clothing or to slam-dance a little less aggressively as curtailment of personal freedoms, or “spoiling their fun.” These concertgoers often don’t realize their entitlement stems from a status quo that, for all its history, isn’t necessarily right. To argue that vulnerable concertgoers must tolerate a base minimum of harassment, exclusion, and violence is obviously appalling, but it’s also lazy. It betrays a dangerous lack of imagination that refuses to even consider the possibility that live music could be better — for everyone.

Rock 'n' Roll Is for Everyone: The Fight for Safe and Inclusive Shows