At the center of the often terrifying documentary Welcome to Leith is a question that we as a society seem to be struggling with more and more every passing year: to what extent can we trust the rigor of law to protect us from those who abuse it, who manipulate it to their ends to do evil wherever they can? The film offers no easy answers, and therein lies its strength. The story of a small, largely abandoned North Dakota town invaded by an infamous white supremacist, Welcome to Leith posits a scenario that could happen in virtually any rust belt town, any area so decimated by the death of American industry that it would take little to nothing for a particularly intelligent psychopath to come in and cause trouble. This is its disquieting power.

In 1978, the Supreme Court ruled that the open display of swastika imagery, disturbing though it might be, was a form of freedom of speech protected by the First Amendment. This is one of a great many loopholes and troubling questions that Welcome to Leith raises, all in the context of Craig Cobb. A white supremacist organizer for a number of years, considered one of the more dangerous hate group leaders living today by the Southern Poverty Law Center and a man with neo-Nazi ties (or American Socialist, as they insist throughout), Cobb has spent years organizing like-minded individuals. Particularly in the age of the Internet, it’s become easier than ever before for Cobb and those like him to find one another, to declare their civil rights to assembly, rights they consider infringed upon by people who don’t want Nazi flags flown in their towns.

Welcome to Leith juxtaposes background accounts of Cobb and a few of his affiliates with the story of Leith itself. Mayor Ryan Schock oversaw what until late summer 2012 was a town of only about 16 or so residents. Most have families, and there’s only one business left in Leith: a bar. Many of the town’s buildings and former businesses are condemned, the result of the only lingering industry in the area being the oil boom also chronicled in last year’s The Overnighters. But for the town’s unease toward the transient population that the sudden influx of oil fields conferred, it’s Cobb who caused substantially more trouble. First he bought a house in Leith, and the neighbors thought little of it. They found him strange, but assumed he was just reserved. Then he started buying more property. And before long, he was inviting white supremacists all over America to move to Leith, the idea being that a minor majority would be enough to overthrow Schock and take over the town, with the ultimate goal of it becoming a white power utopia.

For all of Cobb’s insistences that “All we want in the world is our own separatism,” that seems to be at odds with the sudden appearance of signs declaring that there will be “no niggers” in Leith, and declarations that “we’re not trying to threaten anyone” as they wander around armed to the teeth. For Bobby Harper, the only black man in Leith, this is a violation of the home he built there with his wife. For Lee Cook, who moved to Leith with his wife many years before after the sadistic murder of his teenage daughter, it’s an invasion of the sanctity of the place they chose for its silence, for the escape it offered from the horrors of the modern world. Soon Cobb is subtly threatening and antagonizing Leith, along with his followers and compatriots, asserting their legally protected civil rights every step of the way.

With a mixture of astoundingly candid footage and a nightmarish score including contributions from experimental electronic artist Tim Hecker, directors Michael Beach Nichols and Christopher K. Walker assemble a vision of a town terrified for its safety (Cook stops letting his children play outside without supervision, and the level-headed Schock eventually starts teaching his wife how to fire a gun), under the threat of a group known for its acts of violence, one that’s all the scarier for its aggressive insistence that all it wants is a place where white people can practice the admiration of whiteness in a world that’s increasingly marginalizing them. From their perspective, whites are becoming America’s most unsung ethnic minority, and many are convinced that what’s happening in the world is nothing short of the genocide of white men, women, and children in the name of white supremacy’s professed great demon: diversity. For their part, Nichols and Walker remain astoundingly objective, documenting the many months of tete-a-tete as closely as possible while steadfastly avoiding easy condemnations.

While most can generally agree that Nazism is something that should never come back, Welcome to Leith examines an extreme scenario of what happens when the boundaries of law are abused, and what happens when fringe social groups find ways to work that to their advantage, even when the harm of others becomes a potential consequence. The residents of Leith make them clearly unwelcome, and Cobb and his associates respond by patrolling the streets with rifles. Virtually nobody breaks the law, for all the excruciating tension on display, and the one instance in which the law is eventually broken is subject to substantial dispute. At the center of it all is Cobb, a man equally convinced of the nobility of his mission and the evils of racial impurity. Sometimes, the scariest people in the world are the ones you can’t stop, the ones who know exactly how to make sure you can never stop them, who know how you’d try to do it before you even come up with the idea. Fear is a lack of control, after all. 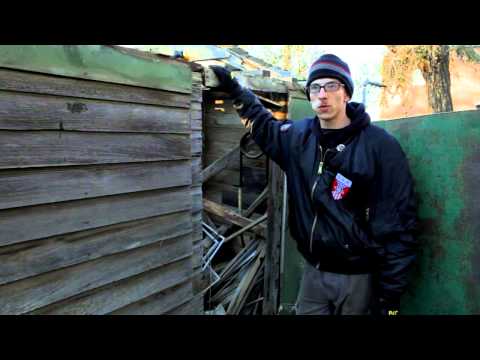