Welcome to Festival Outlook, a supplemental column that provides more in-depth analysis for the rumors found on Consequence of Sound’s Festival Outlook. In this installment, our staff updates our seasonal power rankings with regards to North America’s top music festivals and headliners. Rest assured, things have changed since this past spring.

Philip Cosores: Well guys, we are now wrapping up another year of music festivals and all the writers involved in this conversation represents a lot of ground covered and a lot of hours logged out in the sun watching bands. With my iPhone Health app, I can now safely say that Coachella involves the most total walking (from parking lot to fest and back) than any of the other three day festivals, though Lollapalooza would beat it by a landslide if I didn’t have access to a cool golf cart shuttle and FYF is not too far behind.

So, what have we learned this year? It’s not surprising that legacy acts like Elton John and Paul McCartney are still great headliners, but it was somewhat surprising how well an act like AC/DC fit into the mould. But maybe more interesting than the old acts we knew would be great are the younger acts asserting themselves as festival forces: Florence and the Machine, Alabama Shakes, Chance the Rapper, and Tame Impala, to name a few. Earlier in the year, those acts didn’t look that impressive on a festival lineup, and now we know that not only will they draw large crowds, but they will deliver. 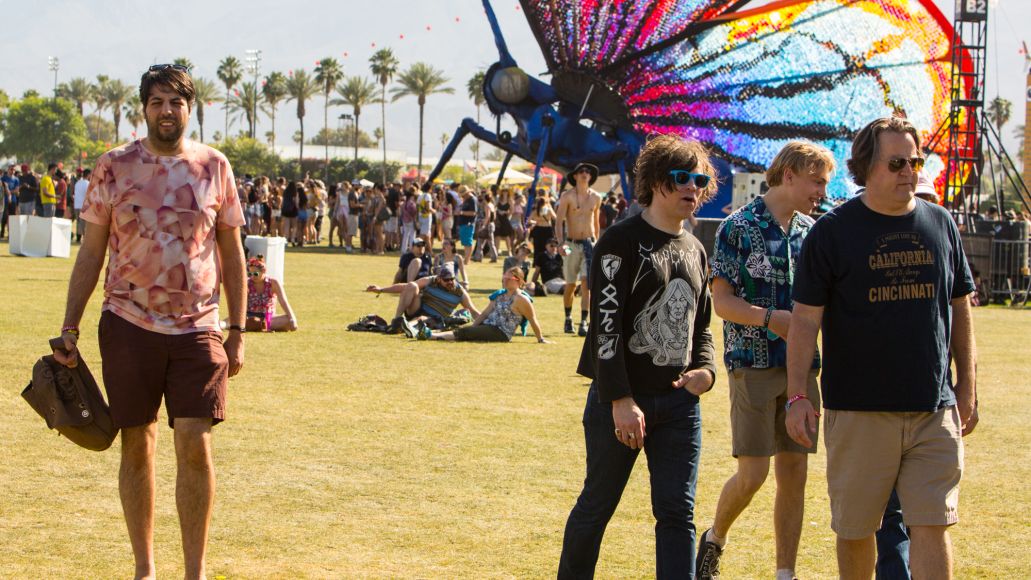 Michael Roffman: Philip, you and I just literally just finished discussing the idea of one-offs and why a few of our top headliners have only appeared at one or two festivals tops. A part of me wondered if that is fair as a qualifying measure, at least for this list, but I think it’s not only fair but even more exemplary. How much of a misfire was it to have OutKast on every lineup last year? Not economically, of course, but it cheapened the reunion considerably, which in turn made so many festivals, who had them booked as one of their few (if not their only) unique acts, seem so uninspiring and forgettable. No, the one-offs are essential.

But, you have to be creative, and you have to utilize some major foresight. Look, Coachella is always going to have the surprises, namely because they’re the earliest festival of the year. That’s likely why so many brands like Bonnaroo and Governors Ball announced their lineups around the same time this year — way back in the frosty, not-so-summery days of January. It doesn’t have to be that way, though. If you’re smart, you can think a little outside the box, and possibly go after some names that might not have any new album to support or even someone that has never entertained the idea of festivals.

Or, you can take a gamble and go small, as you suggested. One of the joys this year was seeing these younger acts graduating to the top of the bill amongst so many mid-size festivals. They likely couldn’t handle the big crowds at, say, a Big Four festival, but I’m also not necessarily sure that’s so solid of a statement, either. I think taking more risks on younger talent is a smart way of thinking, and it allows the festival scene to thrive because you’re building broader narratives. If any of those acts you tossed out Philip were given top billing at Bonnaroo or Outside Lands next year, I think it would be great. We don’t always need the blue chip headliners. 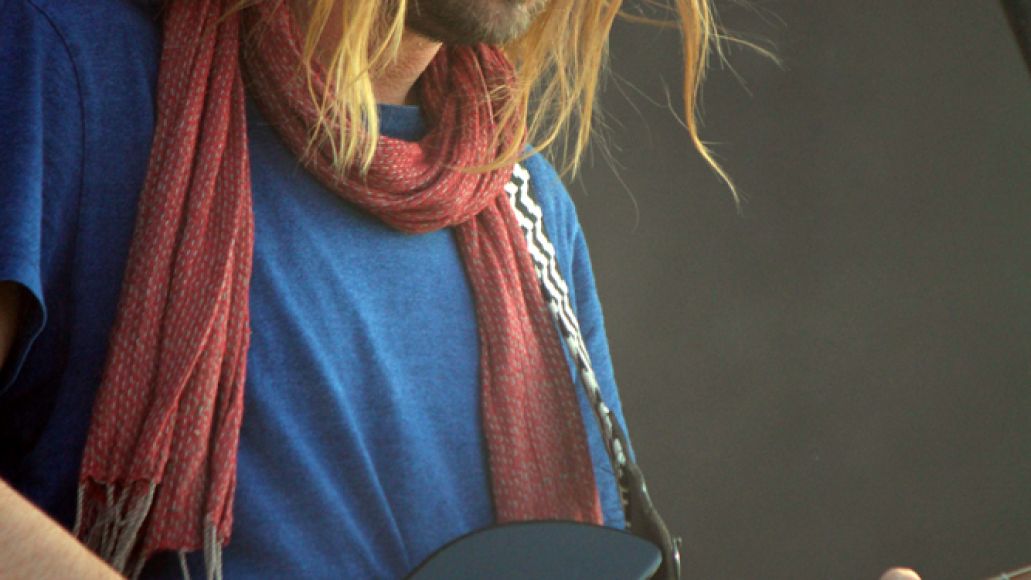 Nina Corcoran: There comes a moment when festival lineups leak that you see these small acts billed as headliners and think … really? It’s rarely a jab at their talent and more so the simple realization that bands we’ve seen at mid-sized clubs merely two or three years ago are already drawing thousands, if not tens of thousands, of fans out to see them. This year pulled second-string fellas off the benches, patted them on the back, and sent them out into the field to see if they were ready to make that varsity starting lineup. Most of them proved they not only have what it takes, but they can intrigue the likes of casual, uninterested onlookers. It’s more than exciting to watch. It’s inspiring.

Tame Impala swung through Boston four years ago to play a 475-person capacity venue. In the following year, they sold out a 1100-person capacity venue … months in advance. Barely two years later, kids turned up at Boston Calling confused as to why Beck headlined instead of Tame Impala. (I know, I know. They later realized why.) Seeing the Aussie psych act blow up that quickly and wow crowds that double in size over the course of months promises a growing attention rate, and devotion, to acts on the rise.

There’s something quite heartwarming about seeing these bands climb higher up the bills with a growing stampede right on their tails. Paul McCartney, Roger Waters, and Billy Joel all won’t be budging anytime soon. They’ve mastered the art of live performances for festival-sized crowds. Seeing today’s rising acts adjust their shows so that the kids in the way back find it entertaining–be it Ratatat’s updated light show or Florence and the Machine urging a crowdsurfer to come onstage for a hug at Governors Ball–has me excited to see where they will fall in next year’s lineups. Even moreso, the mid-tier acts that will fill their shoes. 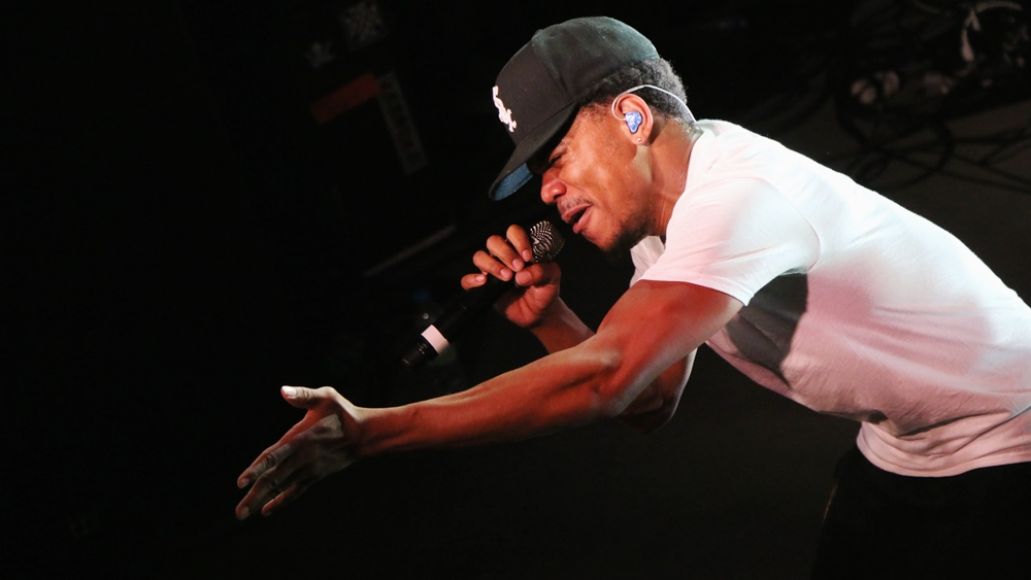 Danielle Janota: Agreed. Who would have known that junior acts like Chance the Rapper, who played an unfortunately quiet set due to sound issues at Lolla’s pint-sized BMI Stage two years ago, would now be the weekend favorite at Pitchfork? It’s truly a fairy tale ending. Well, hopefully not an ending for Chance. But, you know.

One of the most interesting parts about doing these power rankings is not only seeing which acts shone through, but which ones we quickly forgot about. Back in March, Paul McCartney and Kendrick Lamar made our top winter 10 lists, but what went wrong with Björk, Sleater-Kinney, and Sufjan Stevens?

Without a doubt, all of them are great performers. But when you’ve got a year’s worth of festival sets to compare them to, and you try to remember which ones really shook your bones and drew tears from your eyes, it’s obviously going to be the cathartic ones like Kanye West and Florence.

I think that human element is something we often forget about when making our initial top 10 lists. No matter how good a lineup looks on paper, at the end of the day, we’re all just festivalgoers looking to be entertained. When the sun goes down and you’re filled to the brim with craft beer and adrenaline, is it really that surprising to go for the obvious headliner? 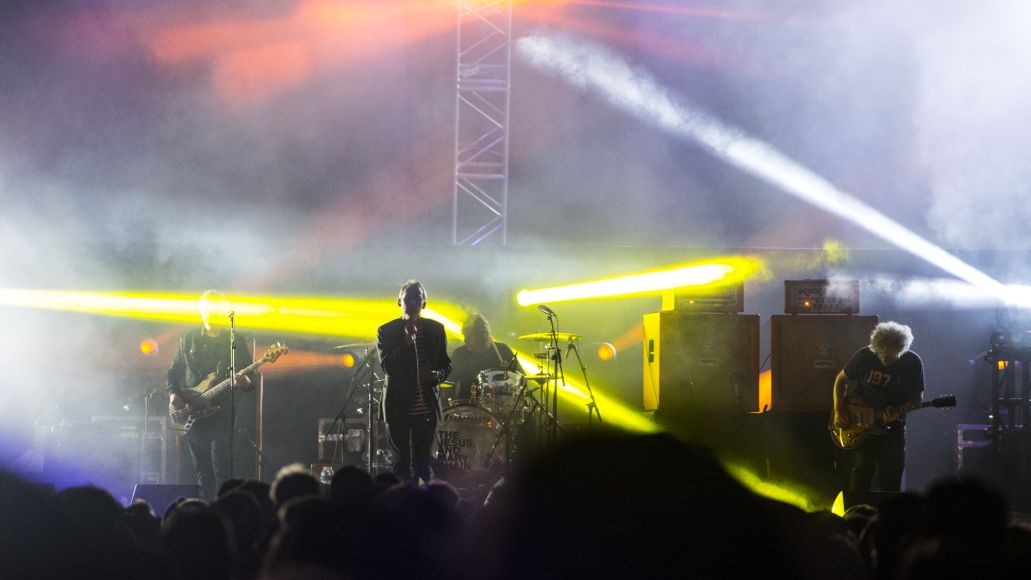 Collin Brennan: I think you hit on something important, Danielle, in that the bands that look best on paper aren’t always the ones we remember at the end of the summer. So much depends upon the context of the performance, those small details like Florence and the Machine facing off against a lightning storm at Lollapalooza, or The Jesus and Mary Chain blasting through Psychocandy at near-deafening levels to close out the first night of FYF. Those were visceral experiences, the kind that literally shook our bones and (in the case of TJMC) definitely worsened our tinnitus.

The obvious headliners lend themselves to these kinds of experiences, if only because they bring out the diehards in larger numbers. One problem I’ve always had with festivals is how noncommittal the crowd can be; you don’t get people screaming their heads off in the back rows, as you would even on a typical Wednesday night at the Metro or the Music Hall of Williamsburg. But when you’ve got Paul McCartney leading thousands in a singalong of “Hey Jude” or Kanye finding Rihanna in the crowd for a spontaneous duet — those are the kinds of snapshots that can only happen at festivals. The best acts aren’t always the ones that try the hardest. Sometimes, they’re just the ones who can make you feel like you’re a part of something bigger. 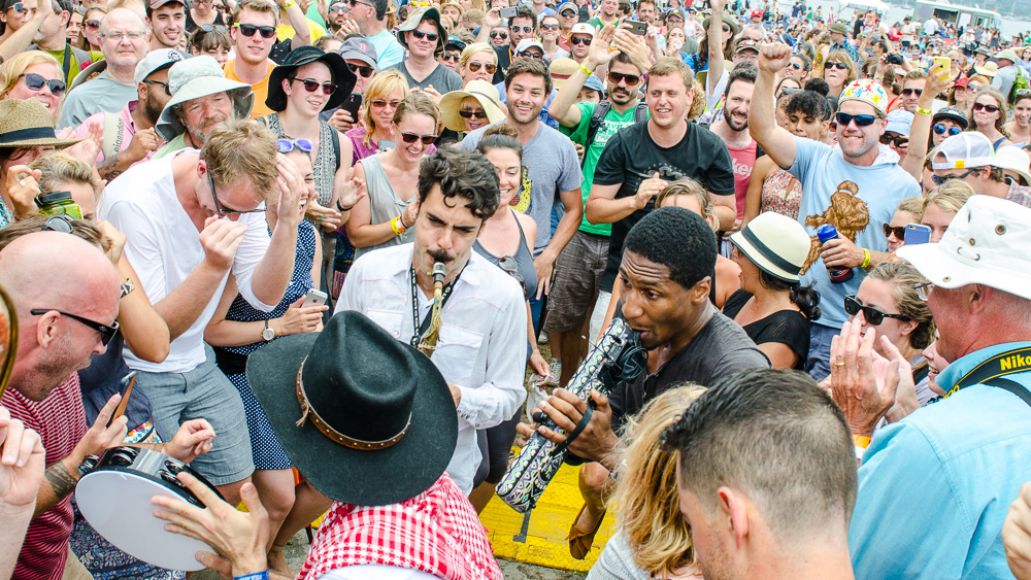 Nick LeTellier: Reading through everyone’s thoughts, its obvious that when it comes to festival headliners we’re all craving the same thing: to experience a memorable performance that leaves us begging for more and feeling privileged to have been in attendance to witness it. We hold headliners to a higher standard than undercard festival acts, and rightfully so. They’re for the most part the reason our wristband cost hundreds of dollars. So when we walk out the gates at the end of a night on a buzzing high, the price and bodily fatigue all seems worth it.

The headliners that will consistently stand out are the ones who are able to keep our attention for two hours and keep us immersed in their performance, while ignoring the countless number of distractions that come with a festival setting. A performer who can make me forget about bathroom lines, the fact that I haven’t eaten all day, or updating my Instagram are clearly demanding some sort of respect and doing something right. So it’s not surprising to see legacy acts top our rankings, as we clearly have the most amount of respect for these artists and tend to give them our full attention.

However, it’s always special when we find ourselves giving up-and-coming headliners like Florence and the Machine, Chance the Rapper, or Tame Impala the same type of respect and attention. 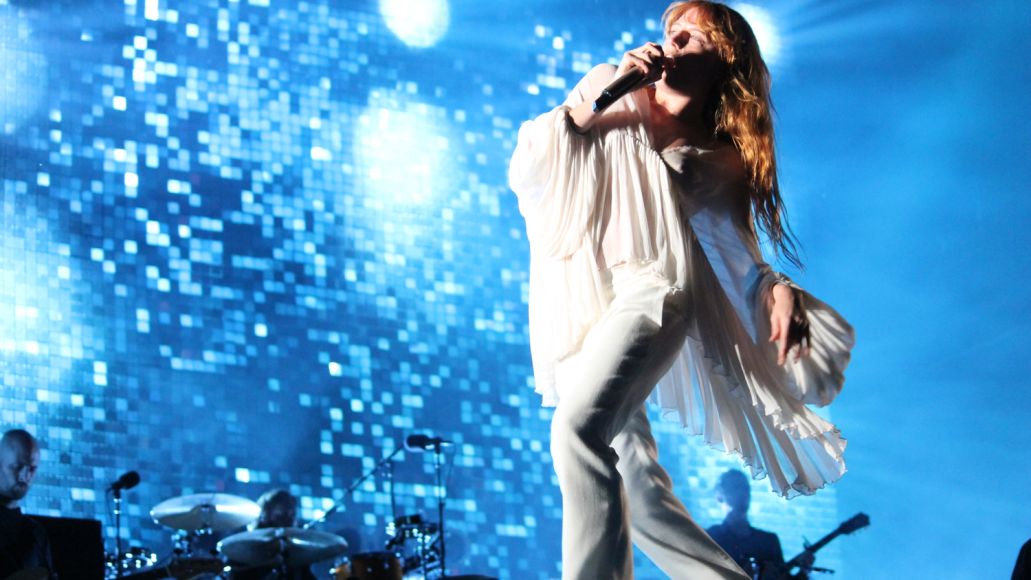 Ben Kaye: Looking back at our winter rankings, I’m noticing just two artists who have stayed on the list, and that to me is the most interesting and exciting part of this. In the beginning of the year, it’s like a fantasy draft, where we try to peg the acts that are going to make the big plays. But then an MC1 like Drake can fizzle out and have a below-average year, and someone considered second string like Chance can step in and simply run all over everyone.

Of course, your legacies like Roger Waters and Paul McCartney are almost guaranteed to have memorable performances. However, having acts like that balanced alongside all these young guns we’ve mentioned is what’s going to keep the festival landscape vital and enjoyable. So often we run into this debate about the overcrowded scene, the redundant bills. I think what we’ve learned this year is that there is a way to avoid all that, it just requires some forward thinking and a bit of risk. You can have Billy Joel line up next to Florence and the Machine and have a massive success, you just need to trust in the music and the fans.

I’ve noticed a trend with these summers: Moan and bitch about who’s not playing or how much festival A is just a rehash of festival D. But in retrospect, how great was this festival season? How many truly memorable sets did we all get to witness, whether from soon-to-be headliners (hi, Alabama Shakes), headliners ascendant (is there anything Chance can’t do?), or legendary double-whammies (Roger Waters with My Pink Jacket, what?!)? Despite how overwhelmed we may all be feeling about the sheer number of these events, I think 2015 proved there’s plenty of life left in the North American Music Festival experience. If festivals can latch onto what went oh-so-right this year and expand on their riskier maneuvers, next year could be the best summer yet. 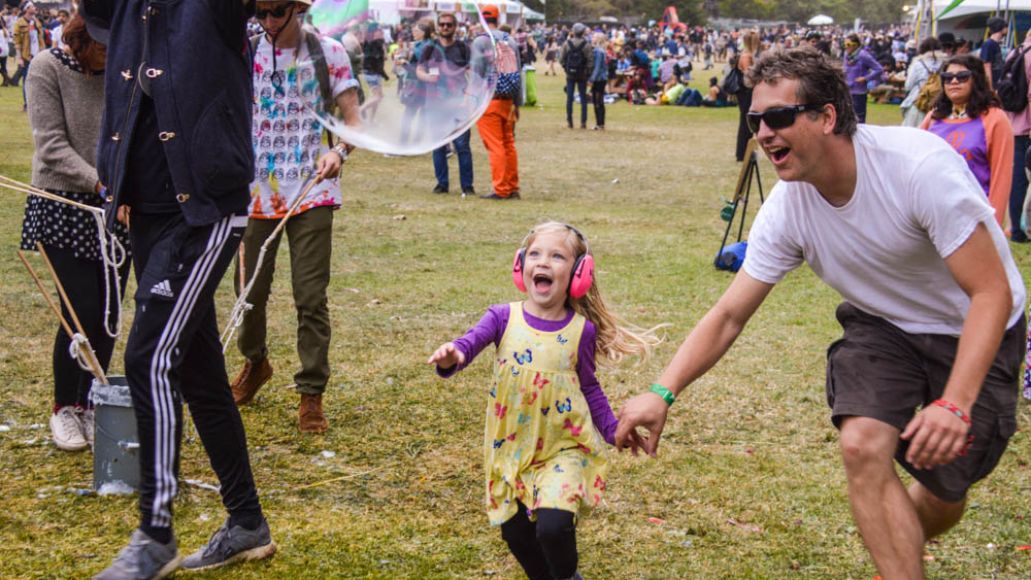 Click ahead to read the summer power rankings for our top 10 North American music festivals and headliners of 2015.