This feature originally ran in December 2014, and is being republished as part of our week-long celebration of Stephen King.

Back in October, Scott Tobias wrote a condemning case against cinematic universes, arguing that the films conform to a specific template, include scenes that are otherwise useless, and eventually add up to a confusing viewing. He’s not wrong. For all its past glories, Disney’s Marvel Cinematic Universe has become an intricate web of cursed narratives and curious mythologies that will only get more complicated as the waves continue to pummel theaters. But really, the stories beg for that medium, and the universe allows them to get away with an Avengers film that doesn’t feel too over or under-wrought.

The problem is that everyone’s doing it. DC Films tipped off theirs in 2013 with Man of Steel, Fox continues to stretch out their X-Men franchise, and Sony’s doing something with Spider-man — we think. The difference lies in execution; whereas Marvel has spent the better half of a decade, or maybe even more, planning theirs, the others seem to have juggled their own licenses around because, well, that’s what is expected of comic book movies these days, right? Hell, even Star Wars is getting in on the fun, what with all the spin-off films and TV shows. 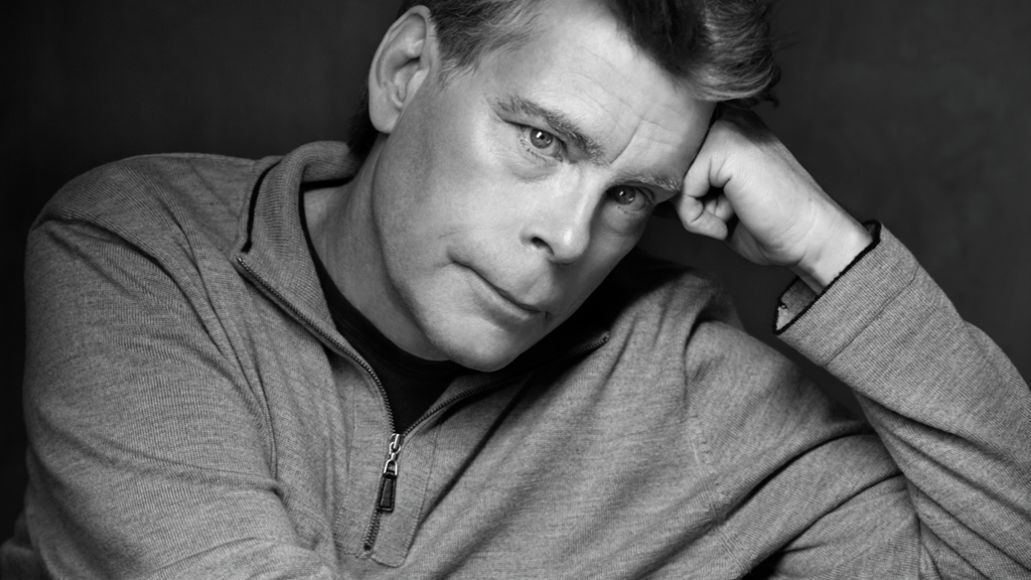 That’s why we thought it’d be interesting to flirt with Stephen King. In the past few months, development for Josh Boone’s adaptation of The Stand has picked up speed over at Warner Bros., shifting from a three-hour film to a four-part event starring Matthew McConaughey as Randall Flagg. That’s big news for fans of the Maine demigod, but it’s also perilous. This is a chance to aptly capture King’s work and impress it upon a younger generation who might be looking for something to grasp and obsess over amidst a post-Hunger Games and post-Potter culture.

But what a canon of work to enjoy. So far, King has published over 55 novels and nearly 200 short stories with a great majority of them linked together. His magnum opus, The Dark Tower, spans seven novels with correlating comic books, short stories, and one novella tossed in for added weight. It’s a very complicated and incredibly diverse culture King has devised, which is why a proper film or television adaptation of the saga has yet to get off the ground — despite repeated attempts by J.J. Abrams and Ron Howard.

For this installment of the Producer’s Chair, we opted to do all the legwork for the studios and pieced together a proper cinematic universe of King’s bibliography, all based around Boone’s upcoming production of The Stand. We parsed out the release dates, cast its characters, and targeted 19 essential films and/or television properties that would do justice to the man’s reign in modern literature. Sadly, this probably won’t happen, but this was far more enjoyable than it was taxing.

So, come come commala and enjoy the trek. 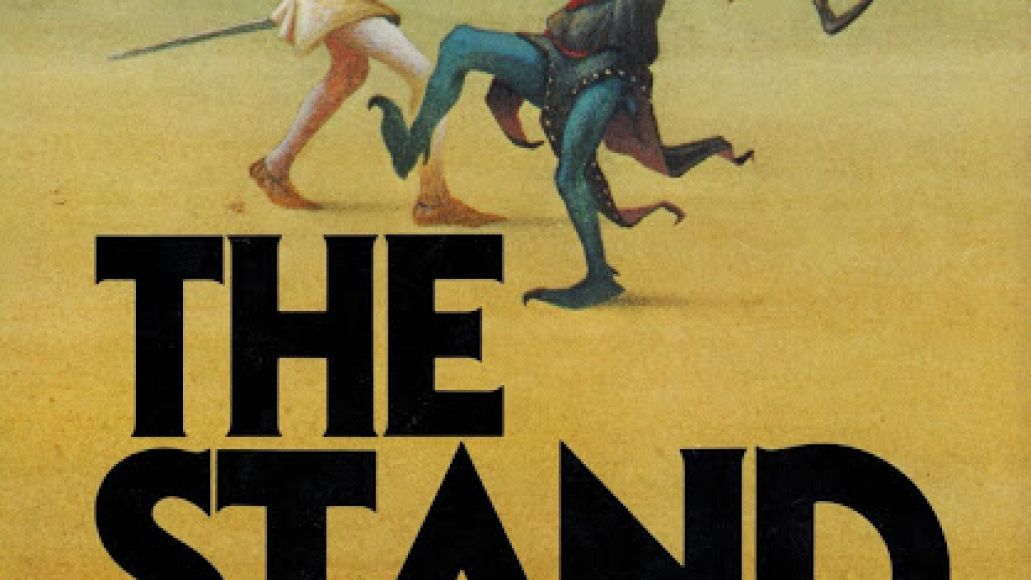 Synposis: A weaponized strain of influenza, nicknamed “Captain Trips”, is accidentally released from an American government facility, killing over 99% of the world’s population. Those who survive the plague begin to experience visions from either the benevolent Mother Abagail Freemantle or the terrifying Randall Flagg, two paths that will spawn a post-apocalyptic war between good and evil.

The Walk-Ins (Previously Seen Characters): Well, we’re starting from scratch here, right? Rest assured, you’ll want to keep your eyes on McConaughey’s Flagg. He’ll not only be a major figure in The Stand series but also The Dark Tower and beyond.

Soundtrack Options: ABC’s 1994 mini-series shined for their musical choices, from Blue Öyster Cult’s “Don’t Fear the Reaper” to Crowded House’s “Don’t Dream It’s Over” (both tracks are directly referenced in the books). These films, however, could benefit from taking a more Dogme 95 approach; in other words, use the environment to inject some song selections. Considering this series will take place in modern times, we’ll want to work with some fresh sounds. The National comes to mind, specifically songs like “Slipped”, “Afraid of Everyone”, or “Green Gloves”.

The Circle Opens: Ideally, the first of the four films will be able to establish its primary characters — Stu Redman, Frannie Goldsmith, Larry Underwood, and Nick Andros — as it pertains to the widespread infection of “Captain Trips.” This should also introduce several through-lines specific to this film, such as Shannon’s General William Starkey, whose attempts to contain the virus fail horrifically.

But How Does This All Break Down? The mini-series was brilliantly cut into four parts — “The Plague”, “The Dreams”, “The Betrayal”, and “The Stand”. That’s a pretty agreeable structure, and given that director Josh Boone has already been commissioned to draft four installments, it’s very likely the theatrical films will be slightly similar. However, not only are there aspects of the book that should be expanded upon (e.g., Trashcan Man), but those four sections, especially the first two, could benefit from bleeding details into one another. However, the cliffhangers that the mini-series employed would do wonders on the silver screen, especially the ending of “The Plague”, which sees Stu escape a desolate and corpse-laden CDC facility into the night. There’s no way that doesn’t guarantee sales for the sequel. 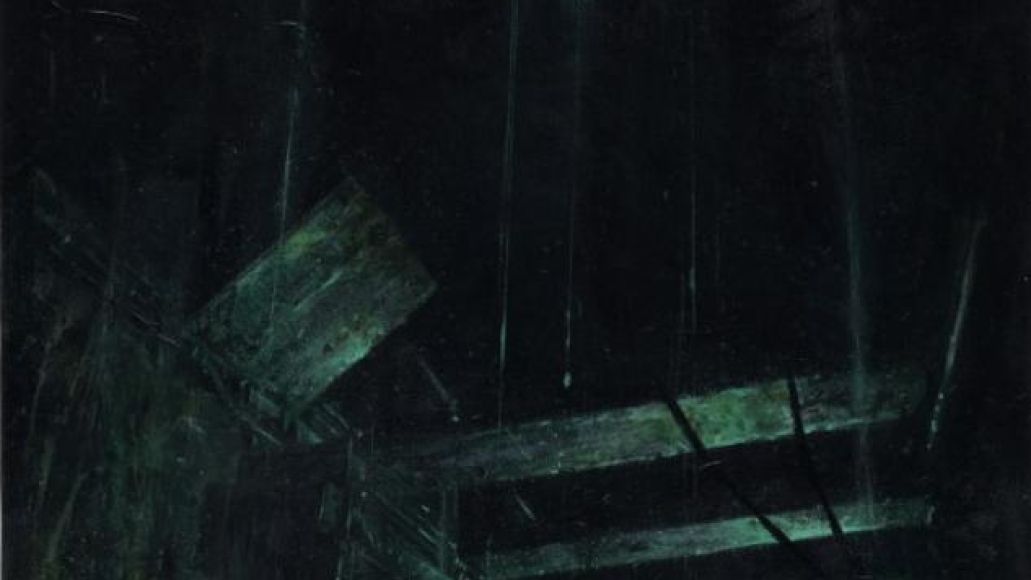 Pivotal Scene: When Larry and Rita Blakemoor enter the Lincoln Tunnel alone, it’s one of the creepiest sequences that King has ever put to paper. The mini-series attempted to capture that horror but only scratched the surface. Odds are Boone recognizes this and has something clever up his sleeve; however, one suggestion would be to film this with zero light. Start taking notes from The Descent, too, in terms of capturing feelings of claustrophobia on the silver screen. Sheesh.

From Page to Screen (Changes From the Book): There’s another great, short scene in the book when Larry goes to see the new Nightmare on Elm Street film, and the narrator implies that, given the world’s impending end, Freddy would not be coming back. That scene would certainly be spooky for theatergoers IRL who will also be anticipating a follow-up by the film’s end. Perhaps they shift Larry’s screening from Nightmare to Star Wars? Or even The Avengers?

The Bridge (Relation to the CU): The events of The Stand factor into a setting that surfaces earlier in the fourth Dark Tower book, Wizard and Glass. Flagg is also the main antagonist throughout most of that series. From here, however, the story for Stu and co. is just about to begin. 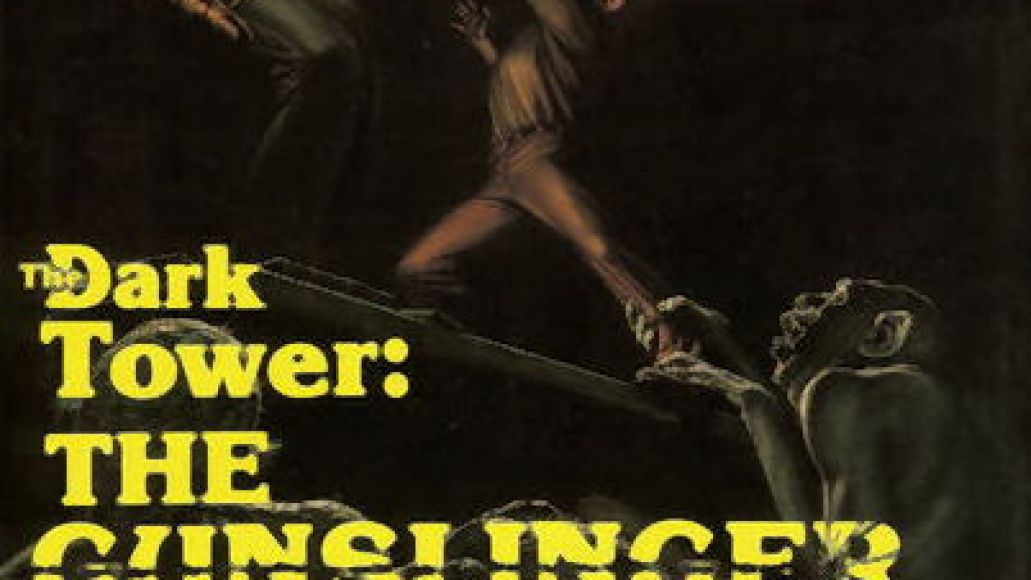 Synopsis: “The man in black fled across the desert, and the gunslinger followed.” This cryptic opening line, as short as it is, could also double as a plot summary for the entire novella. Despite the Dark Tower series’ eventual status as King’s magnum opus, the first installment is a singular-minded prologue, a surreal Western where the title character pursues his nemesis, and thus, the Dark Tower as a whole. We’re not sure at this point why the tower serves as Roland’s Holy Grail (frankly, neither is he), but we get small clues that prove to be significant in later novels. The most prominent of these is Jake Chambers, a kid who was killed in a place called Manhattan before waking up in Roland’s Old-West environment of Mid-World.

The Walk-Ins: In a telling flashback of Roland’s days as a young Gunslinger — think a member of The Magnificent Seven meets one of the Knights of the Round Table — we meet three seemingly minor characters: his hardened mentor Cort and his two peers, Cuthbert Allgood and Alain Johns. All three play significant parts in the fourth Dark Tower entry/prequel, Wizard and Glass. And of course, we’ll see lots more of Jake, even though he plummets to his second death from a broken cart track in a mine shaft. “There are other worlds than these,” he assures Roland, sacrificing himself (and echoing Gandalf in The Lord of the Rings!) so the Gunslinger can catch up to The Man in Black. 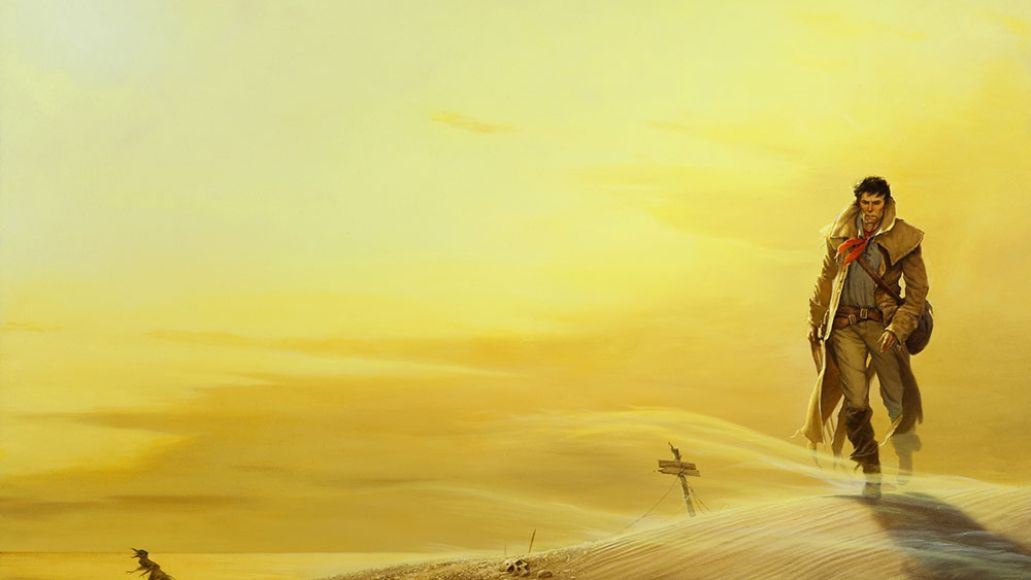 Soundtrack Options: Anachronisms run amok in Mid-World, foreshadowing its connection to our own realm. In fact, a honky-tonk version of “Hey Jude” becomes a sort of motif in the novel, even though Roland can’t remember who wrote it. If whatever network produces this puppy could secure the rights to one of The Beatles’ most famous songs, it could easily be a theme — if not the theme — for the mini-series. Slow it down, add a dash of atonality, weave in some fingerpicking, and you’ve got the Stephen King equivalent to Morricone’s “The Ecstasy of Gold” from The Good, The Bad & The Ugly.

Time Is a Flat Circle and Ka Is a Wheel: Matthew McConaughey returns to play The Man in Black, meaning that Black, Walter O’Dim, Marten Broadcloak, a sorcerer named “Flagg” that we’ll meet later in The Eyes of the Dragon, and, of course, Randall Flagg, are all the same person. King’s readers didn’t get this confirmed until the third Dark Tower novel, (even though many had their suspicions), but our viewers would discover The Man in Black’s true identity during the season finale of The Gunslinger. While Roland and Flagg’s final encounter is more philosophical than action-packed — with Flagg merely setting the stage for The Drawing of the Three with tarot cards — the twist ending would hopefully be a shock to anyone not familiar with the books. Think of it as our Nick Fury moment.

That’s One Scary Second Banana: As frightening as Flagg is, keep in mind he’s only a servant to a larger enemy, something he points out to Roland during their last conversation on the Western Sea. Still, we never actually see the Crimson King until much, much later on, thus giving Flagg more agency and making him King’s ultimate baddie.

From Page to Screen: The Gunslinger, while great, doesn’t make a whole lot of sense when you read it. King didn’t know it would be the start of a series that literally connects all of his work when he wrote it, so there’s more of an emphasis on desolate tone than linear storytelling. The show’s network would be wise to front-load some of the action sequences (the shootout at Tull where Roland’s forced to kill his possessed lover, Allie, the escape from the Slow Mutants, etc.), so their viewers can feel like they’re watching a fantastical take on Unforgiven and not a more realistic version of El Topo.

The Bridge: Besides sharing the main villain of The Stand, and many other King novels, The Gunslinger is the first cell of connective tissue to the entire Stephen King universe. Even the savviest audience member won’t recognize this right away (unless they’ve read the books), making repeat viewings all the more rewarding. We also get to see the more ancient world Roland hazily recalls here in our next film…

A Guide to Creating a Stephen King Cinematic Universe