Sometimes it’s hard to remember just how recent the housing market crash of 2007 truly was, not to mention the Great Recession that followed. The result of a deadly cocktail of predatory banks, hopeful middle-class people hoping to achieve the American dream, and a government more interested in bailing out the culprits of the crash than the victims, for many people this period changed what it means to succeed and survive in America. This economic crash, and the desperation of people on both sides of the crash to adapt to these chaotic new times, is the focus of 99 Homes, the latest from director Ramin Bahrani (Man Push Cart, Chop Shop).

Centering on a small Florida family in 2010 trying to weather the economic storm, 99 Homes follows Dennis Nash (Andrew Garfield, stunning in his wide-eyed desperation), a struggling single father who lives with his mother and young boy, trying to eke out a living floating from one dead-end contracting job to another. When his home is finally foreclosed upon by unscrupulous real estate crony Rick Carver (the icy-eyed, reptilian Michael Shannon), Nash finds himself with no choice but to work for Carver, evicting people out of their homes and running a sly con on the side for more government bailout money.

Films this brazen and unapologetic about their politics aren’t that rare, but few handle their messaging as deftly as Bahrani (along with co-writer Amir Naderi). Even when Shannon practically stares right into the camera and confidently growls, “America doesn’t bail out losers. America succeeds by bailing out the winners,” this kind of line emerges naturally as the product of Carver’s constantly chugging momentum. Bahrani understands the need to put the people of this world front and center — he films the proceedings with an almost single-minded dedication to close-ups of faces and the voyeuristic stares of neighbors during the film’s many harrowing eviction scenes. While the film isn’t short on this kind of setpiece, they nonetheless carry a singular dramatic punch, with innocent, everyday people shaking their heads, muttering the same excuses and explanations we all use when something unbelievably horrible has happened. The judge may have said you have 30 days to appeal, but that doesn’t mean you’re not getting kicked out of your house the next day.

No one will accuse 99 Homes of tackling the housing crisis with a subtle hand, as its characters are more symbolic than fully-forged; however, the way it drafts Nash’s deal with the devil makes his choices far more understandable. Rick Carver is the kind of role Shannon was put on this Earth to play, a glowering shark in a constantly rotating set of suits, cars, homes and mistresses. Carver revels in his bottom-feeding nature, ear glued to his phone as he spouts aggressive bon mots with Sorkin-esque fluidity. Garfield’s Nash is much less showy and theatrical, though no less compelling to watch – his big, constantly searching eyes and uncertain affect sells Nash as the wounded Everyman. Even recent Oscar nominee Laura Dern makes the most out of her thankless ‘concerned mom’ archetype, mixing meek gratitude with welcome fits of resolve.

It’s perhaps the rock-solid, almost panicked performances of the three leads that helps you swallow some of the more contrived elements of the plot – many of which center around a subplot involving Frank (played by low-rent Kyle Chandler, Tim Guinee), another friend of Nash’s facing eviction. At first acting as a thematic reminder of the regular families who constantly face eviction, his plight eventually leads to the film’s rushed anti-climax, a cop show-level standoff which robs us of the kind of Biblical showdown between Nash and Carver to which the film is obviously leading.

99 Homes feels a lot like the true spiritual sequel to Oliver Stone’s Wall Street, Gekko’s world of financial prosperity transplanted to the economic desperation of post-crash America. While its characters are big and its drama occasionally manufactured, the sheer electricity in Shannon and Garfield’s performances keeps the core of 99 Homes beating. In a nation where we still harp about welfare queens while Fannie May and Freddie Mac get bailed out despite their incompetence, we need films like 99 Homes that remind us who we should really be rooting against. 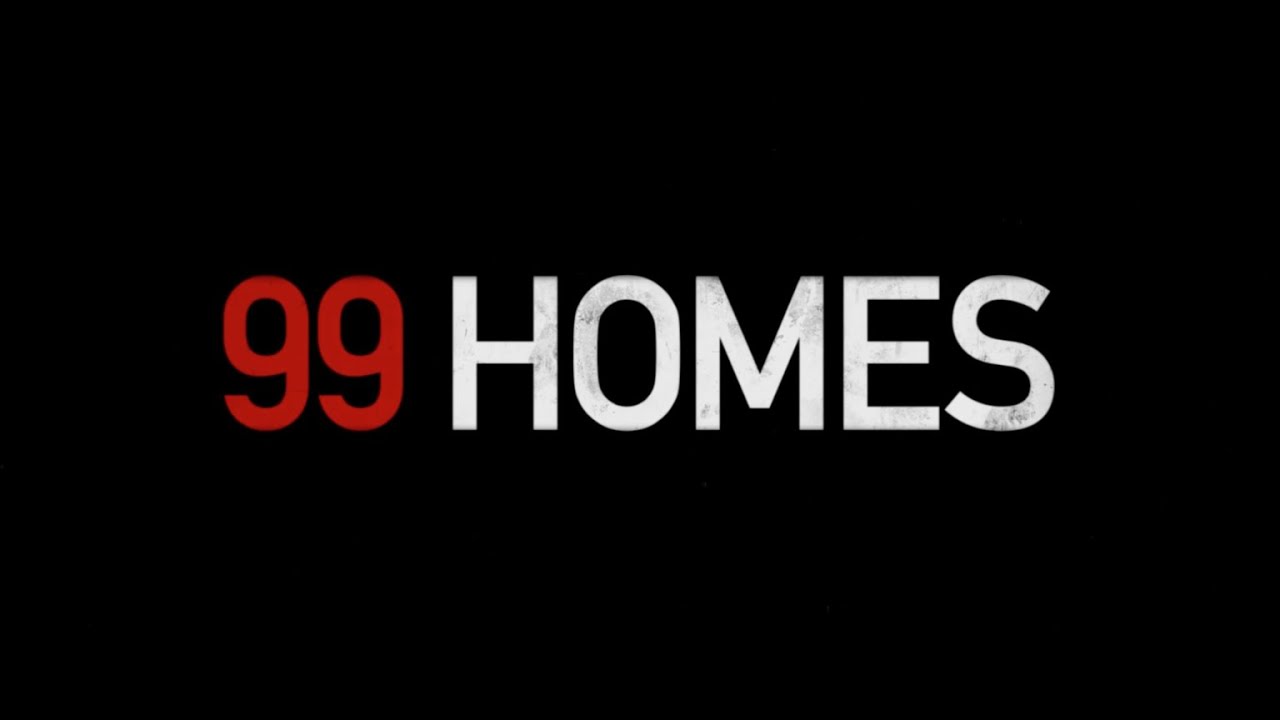