Scouts Guide to the Zombie Apocalypse allows for little in the way of interpretative wiggle room. Either you’re of the film’s target audience and will buy into its randy, gory shenanigans wholesale, or you’re probably of the persuasion that the zombie genre was better off before sub-Kevin Smith lines like “I’d tongue-pound her salty walrus” made their way into films that at one time offered some kind of social commentary (however bluntly) and now often aspire instead to the lofty narrative heights of Call of Duty’s vaunted Zombie mode. It’s for some, and not for many. And that’s ostensibly okay, but even the most obsessive fans of the genre might find themselves stupefied by the film. Or even worse, bored.

For the film’s central trio, scouting lost its appeal a long time ago. For Carter (Logan Miller), their troop rituals are getting in the way of his ability to have all the sex he literally never stops talking about. For Ben (Tye Sheridan, already better than this), it’s a courtesy to their longtime friend Augie (Joey Morgan), a nervous type who’s all-in on scouting because it constitutes his last remaining tie to his deceased father. Their obnoxious troop leader (David Koechner) keeps trying to recruit new men, but in vain; nobody cares about scouting anymore, what with their smartphones and so forth. Carter helpfully postulates that instead of maintaining their charade for Augie’s sake, “we start thinking about pussy!”

But they have one last ritual to complete: a campout to celebrate Augie receiving the highest badge of honor their troop offers. Elsewhere, in prologue, Blake from Workaholics does a pantomime to Iggy Azalea’s “Black Widow” (a reference that will absolutely not date Scouts Guide in any way, surely) and inadvertently becomes a Patient Zero’s first victim, kicking off a viral outbreak that quickly overwhelms the small suburban town. Soon it’s up to the three misfits to save their town, save the highly exclusive black light rave full of buxom teenage girls kissing they so desperately wish to attend, and maybe get laid as the result of killing zombies? It’s unclear, but a point on which the film hits early and often.

Christopher Landon, who penned the Paranormal Activity sequels and directed The Marked Ones, approaches Scouts Guide as equal parts Superbad and outbreak tale, and neither side ends up particularly appealing. Most of the action appears to take place over the course of a very walkable few blocks, and while Landon does his best to cover the film’s low-budget trappings with rapid-fire editing and all manner of zombie violence, the best he musters in the way of innovation is the image of Sheridan attempting to avoid falling from a second-story window, suspended in midair by an elderly zombie’s stretched member. So the ceiling is pretty low here.

Everything about Scouts Guide feels instantly irrelevant, from the EDM-heavy soundtrack (again, the film’s bloody climax takes place at a rave, complete with a Dillon Francis cameo) to the generally tepid if overindulgent gore, which suggests that those involved in the film’s production haven’t seen the zombie movie pushed to its many extremes in the past few years as it is. Even so, the generally unremarkable filmmaking could be somewhat explained away if the film were to commit more fully to being a hard-R comedy instead of the poorest man’s Shaun of the Dead for which it aims.

Alas, this moment of awareness never emerges, and Scouts Guide tediously overcompensates for its lack of innovative violence or any kind of real point with a half-hearted attempt to cast scouting as a lost means of male bonding between all the sex jokes. And that’s where the film goes from just being a bad zombie movie to one that’s genuinely a little bit repugnant. They break into a strip club, where Carter fawns over a zombie who takes the time to perform a pole dance before attempting to tear his face off. At another point, a busty police officer-turned-zombie has her shirt torn off, no doubt a doff of the cap to teens who came to the zombie movie not just to laugh or scream, but be titillated by dead people, apparently? And that’s to say nothing of Denise (Sarah Dumont), a dancer at the aforementioned club who only enters the film to give Ben the courage to hit on more girls and wield a shotgun while rocking hot pants. Or Carter’s teenage sister, who the film and its various characters leer over with the grace and nuance of Michael Bay.

By the time the boys drive into a True Value to arm themselves for the final battle, Scouts Guide to the Zombie Apocalypse has already overstayed its welcome, a film that’s gruesome without ever being shocking and vulgar without garnering a single laugh. But as a film about rites of passage, specifically those when generally nice if dweeby boys pick up weapons and thus command the attention of hot blondes, it ends up being more than just sophomoric. It’s also disquieting, and depressing. 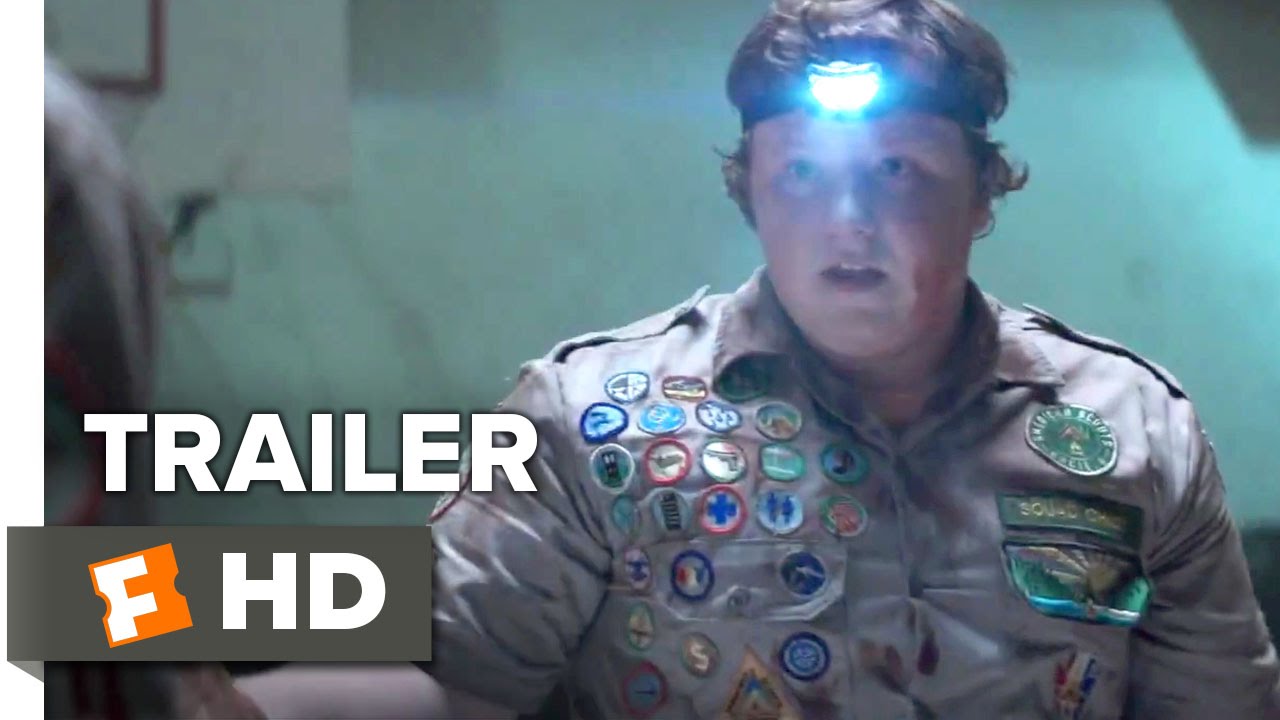