Alex G hopes you aren’t reading this. When I ask him what he worries about in the days leading up to the release of his seventh LP and first for Domino Records, Beach Music, the line goes silent for a few seconds. In his halting, deliberate tenor, Alex Giannascoli says, “My biggest worry, my number one worry, is that people are going to read an interview with me or read some review before they listen to the record and just make up their mind about it. That’s my biggest fear.” He refers to unsuccessful attempts at discussing his work. “I just butcher it. When you try to talk about the music, it destroys it a little bit.”

Keeping in line with the “good guy” mythology that surrounds him, Giannascoli rushes to reassure me. “I’m not saying it’s any fault of yours,” he says. “It’s a big mistake I make a lot of the time trying to talk about it with people. I should just learn to keep my mouth shut about it. It ruins what I was trying to accomplish with the song.”

Here we are, about to ruin Alex G’s latest record, Beach Music. We’re sitting on two ends of a conference call set up by his publicist, a new figure in Giannascoli’s life as a professional, signed musician. A writer from Paper Magazine cuts in on the line at the end of our conversation. It’s time for the next interview; Beach Music lives and maybe dies a little more. The planes into LaGuardia are being routed over my apartment, and later, when I listen back, I can hear them in the recording of our interview, speaking the language of distance and its collapsing. 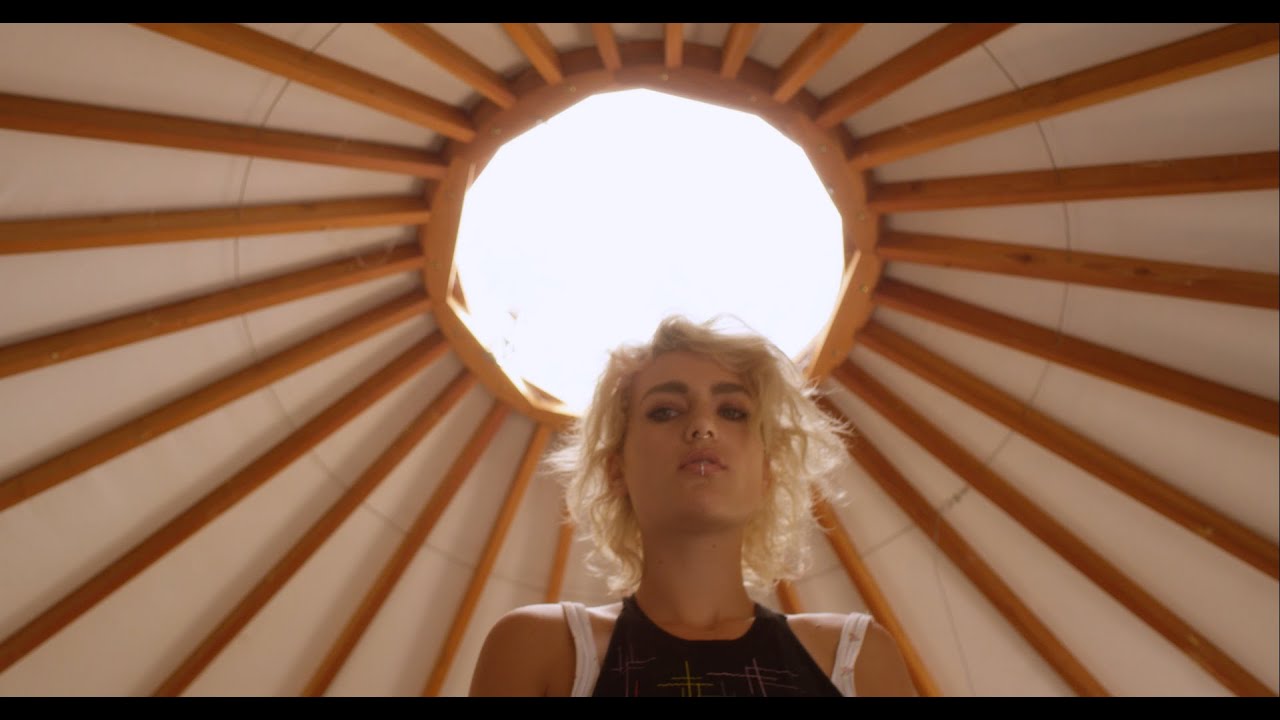 Giannascoli worries about bridging these gaps, too – it’s why he writes music. “It’s a way for me to communicate really effectively,” he says. “That’s why I have a hard time talking about it. I think it’s something where I can say a lot in the most controlled way. I have total control of it, and people understand what I’m saying for the most part.” Then he asks, “Do I make any sense? I feel like I’m talking out of my ass.” He does and he isn’t, but that desire to connect comes through at every moment of our conversation.

Giannascoli grew up in a ritzy Main Line suburb of Philadelphia and recorded his first album during high school. It’s both easy and hard to imagine him in Havertown, Pennsylvania, the skinny guy with straight dark hair, a reflective artist growing up among the WASPs. “It was something that I did as an activity when I was young, you know, something I could do by myself,” he explains.

Jacob Portrait, the bassist of Unknown Mortal Orchestra and the mixer on Beach Music, calls Giannascoli “the Zen master” and a “long-haired schlep with a backpack of great ideas.” Later, he’ll tell me, “He’s a great guitar player and a very special songwriter. There’s a few of those out of Philly these days, but he’s definitely in his own space.”

Susan Busch, the head of A&R for Domino, describes her own moment of conversion: “A friend sent me a link to DSU on Bandcamp, and I immediately fell down the rabbit hole and listened to everything I could possibly find. One of the great things about Alex is that just when you think you’ve found all the songs, another one emerges.”

Like he’s done on all his albums, Giannascoli played and recorded almost every part on Beach Music by himself. By now, that solitude has become part of the project. Like an abortive Superman, Giannascoli becomes extraordinary only when he stays in the phone booth.

Yet Alex G is out of both the phone booth and the bedroom. He recently dropped out of Temple University’s English Department to focus on his career full time. Music is no longer a sideline. The word-of-mouth reputation he enjoyed over the past three years is now complicated by the power and pressure of Domino Records, in addition to some lofty comparisons. He is now often mentioned alongside Elliott Smith, Modest Mouse, and Pavement.

Giannascoli admits that some of these analogs work, especially Modest Mouse and Smith. “I’ve been really influenced by Elliott Smith’s singing style,” he says. “When you sing like that, in a kind of whispery way … I do it for no other reason than it makes it easier to sing in tune, to hit all the notes correctly. And also I didn’t want to wake my roommates and shit, because a lot of times I was recording at night.”

Jacob Portrait references Smith and Pavement in our back-and-forth. “The music was somber sometimes, like Elliott [Smith], almost folk-like, and then other songs, there’s a playfulness to them that felt like Slanted and Enchanted, but his lyrics were so much his own.”

Giannascoli does and doesn’t worry about the pressure of labels and big-name comparison. He made Beach Music the same way he made every other record, he tells me, and yet things have changed. This album is poised to be his most widely consumed collection to date. “Alex recorded this album at home just like all of his other records,” Busch explains. “We did encourage him to get it mixed properly.” Perhaps aware of the hesitance Giannascoli feels in promoting and discussing his music, Busch treads delicately. “I think the mere presence of promotional materials is a step into a different realm for Alex, but they’re all just tools to make sure his music reaches as many people as possible.”

Giannascoli confesses he has struggled to write recently — a new problem, and one that didn’t impact Beach Music, for an artist associated with such a prolific, nearly aerobic output. “I don’t feel any commercial pressure, but I guess I feel pressure from myself now that this is my job or something,” he says. “I think I’m starting to set the bar unrealistically high, and that’s starting to inhibit my music writing.”

He adds, “I just am not getting moved by music because my life is so saturated with music at the moment. It’s been hard to make something that I’m excited about. So that’s going to take some getting used to, as far as what my approach to making music is now.” Busch is more optimistic. “Alex already fulfilled our expectations by making a great record. Now the goal is to make sure we’re able to get that record into the world and into the hands of fans, both new and old. There’s still a big world out there for Alex to explore.” 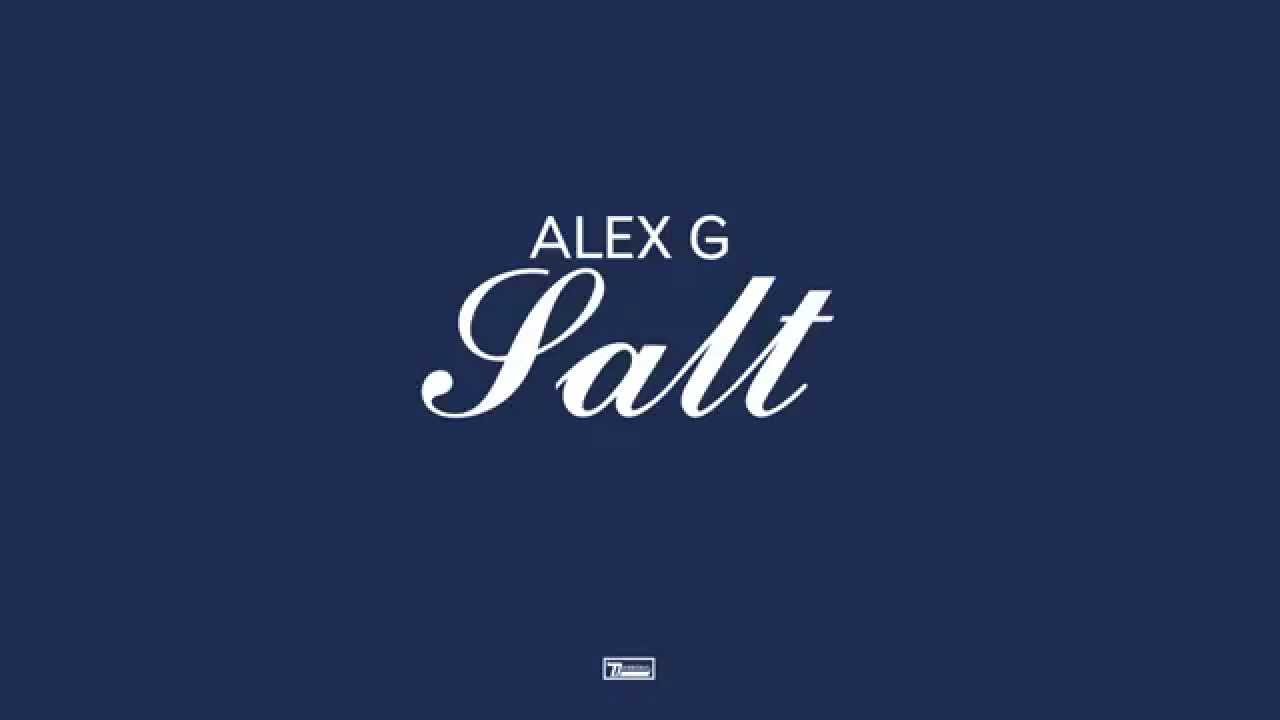 For Giannascoli, exploration begins within. He thinks deeply about the sound of the recordings, the fabric of his arrangements. “On ‘In Love’, that’s the piano song, I wanted the texture to be smokey, like bar-room, kind of lonely texture, like a David Lynch movie or something,” he says. “So I did that with the piano and the trumpet and the bass.” Portrait elaborates on Alex G’s textural acuity: “The way he layers his guitars, he’s playing chords that traditionally wouldn’t be stacked on top of each other and finding great feelings with them. Some people want things technically right, and Alex is very much not like that. It was the part that felt so original about his music, relying heavily on the feeling and his ears to guide it.” That layering is both expansive and intimate, sprung from the same logic used to make crop circles and ships in bottles. It would be difficult to listen to Beach Music and not be struck by both its capacity and its boundaries.

While Giannascoli spends much of his time as an artist writing alone, he suffers no social disconnection. In addition to his talent as a songwriter, he’s earned a reputation as an incredibly nice person. I mention to a friend that I’ll be interviewing Alex G, and she brightens immediately. “Tell him I say ‘hi.’ He’s the sweetest guy,” she says.

I do. Alex doesn’t remember her, but the sense that he is, somehow, a close friend to so many hangs around any discussion of his music. His kindness and humility is the stuff of legend. I ask how aware he is of the parallel myths of Alex G, the prodigal songwriter, and Alex Giannascoli, the nice guy. “If I came up to you and I was like, ‘Man, I love that thing you wrote, dude, that thing you wrote was so awesome,’ you would be like, ‘Oh cool, thanks, thank you,’” he responds. “It’s just super easy to be nice because people are being nice to me.” The inverse is also true: It’s super easy to be nice to him because he is so nice to everyone else.

Giannascoli is impossibly charming in that languid, West Coast way. He says “or something” often at the end of sentences, as if equivocating so as not to offend you. Without contradiction, he is someone who is both marginally famous and who seems like he could be sitting on your couch, asking if it’s cool that he came over. He is almost unsettlingly decent during our conversation, crediting his brother and parents for helping him start playing music, name-checking lesser-known Philly bands, deflecting attention from himself. “It’s impossible, for me, to be another way,” he says.

I ask him if his private persona and his public “good dude” persona are related. The two seem oppositional and yet somehow intertwined. “I always say [music] is my identity. I do think hard about it. I guess I do think as hard about it as I do my presence among other people,” he says. “Just to make sure I’m making everyone feel comfortable. I guess I have nice parents or something. That must be it.”

I ask him if there’s anything he feels he hasn’t said yet. He repeats the contradiction that started our conversation: “I think people just rely on the album itself and disregard anything I say about it.” The conference call makes an unholy chime sound, like an elevator arriving at its floor or the doors of the subway closing. The next interview begins, and, to another stranger at a distance, Alex G keeps trying to put his music into words.